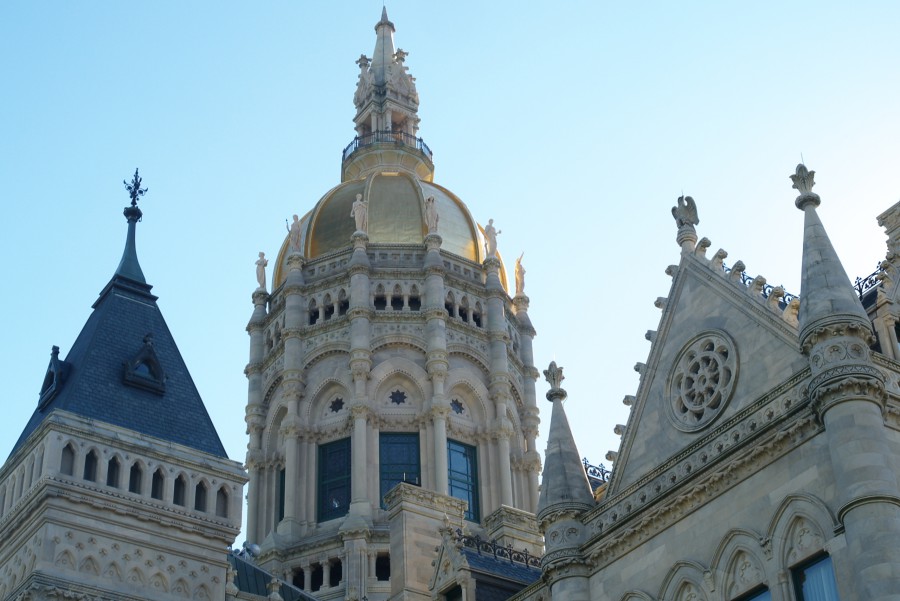 Ed Gomes has died. If you live outside Connecticut, you won’t have heard of the former state senator.

A local writer gave him a hagiographic obituary. The state’s democratic establishment mourned him. He had a normal, maybe even a generally admirable life. He was a good Democratic politician by the standards of that party.

And he was a good example of the kind of liberal politician the pro-family movement has to deal with. The kind who wants to push those of us who are religious out of the public square.

Gomes is best known to pro-family people for his attacks on the faith of Brian Brown in 2007 and myself in 2009. He did it in public hearings, when we testified against measures to approve same-sex marriage. Behind his questions you can hear the usual liberal lines about “imposing your values” and “separation of church and state.” Behind his questions were the claim that Christians can’t join in political life because we’re Christians.

You can watch his bizarre interrogation of Brian here. Brian was then the director of the Family Institute of Connecticut. Gomes began by saying he was Catholic too, though he had been married in a civil ceremony. “You’re telling that according to what you said [are] the teachings of the Catholic Church, that I shouldn’t even have an opinion as a senator on this issue at all,” he told Brian. Which of course he had not said — at all.

Gomes then claimed that Brian opposed same-sex marriage because he was a Catholic. Brian said no. “I believe it’s logical and rational to believe, and to understand, that marriage is the union of a man and a woman.”

He explains this in more detail. Gomes repeats his original claim and then insists that the Church’s teaching “is the basis of your argument.” Brian explains again that he believes what he believes on what he thinks are rational grounds. He pointed out that lots of people who aren’t Catholic take the same position.

Then Gomes repeats his original claim a third time. Brian gamely tried again. “I don’t know exactly what you’re saying,” he told the senator, “but if you’re saying that Catholics, or people who have religious beliefs, are automatically disqualified from standing up and speaking on them, because it’s some sort of irrational basis, I think that is fundamentally flawed.” He insists that the Catholic teaching is rational and true.

Gomes closed his questioning trying to explain why he’d asked the question he did. “When I was a kid, you know, they tried to scare us with heaven and hell and all that. I thought you were telling me that I was going to hell if I cast my vote.”

The state government’s network CT-N, curiously, chose not to film the hearing at which I testified two years later. You can read the transcript of Gomes’ exchange with me here. (Search “Wolfgang,” then scroll down to Gomes’ name.)

In 2009, I was having none of it. You will notice in the transcript that in the 90 minutes that the Committee sought my opinions on Catholicism or homosexuality, I kept returning the discussion to the actual bill that was on the agenda. It dealt with religious liberty.

It was in that context that Gomes came at me. The first thing he did was to bring up Brian Brown. “Brian sends his regards,” I replied. It was an amazing moment. Brian had been gone for almost two years. But the Left never forgets a slight, real or perceived.

As he had done with Brian two years earlier, Gomes repeatedly sought to divine my opinion of homosexuality. I told him that his line of questioning was wrong. It would be like me pointing out that both co-chairmen of the Committee are practicing homosexuals and claim that they use their office to further a personal agenda.

It turns out they didn’t want to have that discussion.

Years later, by the way, another state senator, upset because an ally lost a confirmation fight, claimed I said something I hadn’t said. “I remember Peter Wolfgang of the Family Institute testifying before Rep. Lawlor and Sen. McDonald in the Judiciary Committee,” said Beth Bye, “and saying ‘How can I ever get a fair hearing from two practicing homosexuals?’”

I was being rational and fair. But the left chose to misquote me to make me look like a bigot. Ironically, since I was responding to people who actually made the bigoted argument.

As he had with Brian, Gomes kept casting his line on the topic of Catholicism, before giving up. “I’m going to stop right here because you’re confusing the hell out of me,” he finally concluded.

I had answered him and the other committee members clearly. Apparently Gomes (and Bye) can’t believe that a Catholic can believe something on rational grounds, the way other people do. We can’t think on our own. He seems to have thought we were slaves to our religion, and not people with minds. Even though he was himself Catholic.

I trust he is now less confused. And, contrary to what he misread in Brian’s face, Catholics will be praying for him.

Peter Wolfgang is president of a Family Institute of Connecticut Action. He lives in Waterbury, Connecticut, with his wife and their seven children. The views expressed on The Stream are solely his own.