Pastors and Comedians Tommy Woodard and Eddie James star in film that points people to Jesus. 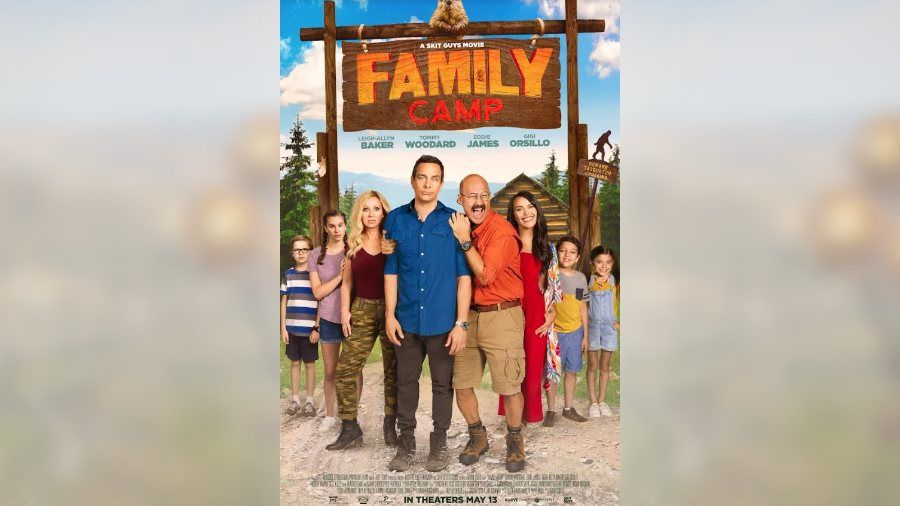 “We’d like to say we’re pastors more than pranksters,” said Tommy Woodard, pastor and comedian. He, along with pastor and comedian Eddie James, founded The Skit Guys — a two-man group primarily focusing on short skits for their churches. It all began 25 years ago. Now they’re releasing their first full-length feature film called Family Camp, a clean comedy for the whole family. And one they hope will point viewers to Jesus.

Tommy and Eddie met in high school and not long after began doing skits for their youth group at church. They’ve been doing that for over 2 decades now, and their videos are available for churches on their ministry’s website. “And so, we’ve been trying to supply pastors and youth ministers and small group leaders alike videos that could supplement whatever they’re teaching on,” explained Eddie. Ten years ago, the duo began planning to create a feature-length film. They prayed about it and, after a lot of hard work, Family Camp was filmed. It will release to theaters Friday.

Humor, Heart and Him

Eddie told The Stream that in everything they do, they try to have “humor, heart and Him — God. And so, part of the takeaway is we believe that laughter breaks down walls for truth to enter. If you can get someone to laugh, you can get him to listen to you. And then you’ve got to have something good to say.” Through their film and skits, they provide hope for families and that audiences can see how much God loves the family and how much God loves them.

Their own faith grew as well during the filming and making of Family Camp. Tommy and Eddie had a dream that came to fruition. “[H]ere we are on the other side of it all,” said Tommy. “And through that process, I think God has helped us see that, you know, you don’t really sacrifice anything to Him. Everything that you give over to Him is an investment. And He’s in charge of the returns. And this movie was a beautiful return for both of us who invested it in God, by putting it in His hands.” Eddie added, “That is great, I could not have said it better myself.”

Eddie describes his character as a cross between Ned Flanders from The Simpsons and Michael Scott of The Office. He’s “very, very overly religious, but he means well. … There’s a lot of awkward things that he’s saying that he shouldn’t say. It’s all in the spirit of wanting everyone to get along and love Jesus.”

Baked Into Our DNA

Family Camp isn’t a Kendrick brothers movie or an Erwin brothers movie, Eddie said. “We get it, [but] we’re making a comedy. And so, it’s not going to feel the same as a War Room or a Courageous.” But it still points people to God. “Like we said … we are pastors. It is baked into our DNA of what we do and how we present things. We just go at it a different way. And we really do want people to laugh and feel comfortable and then talk to them about God.”