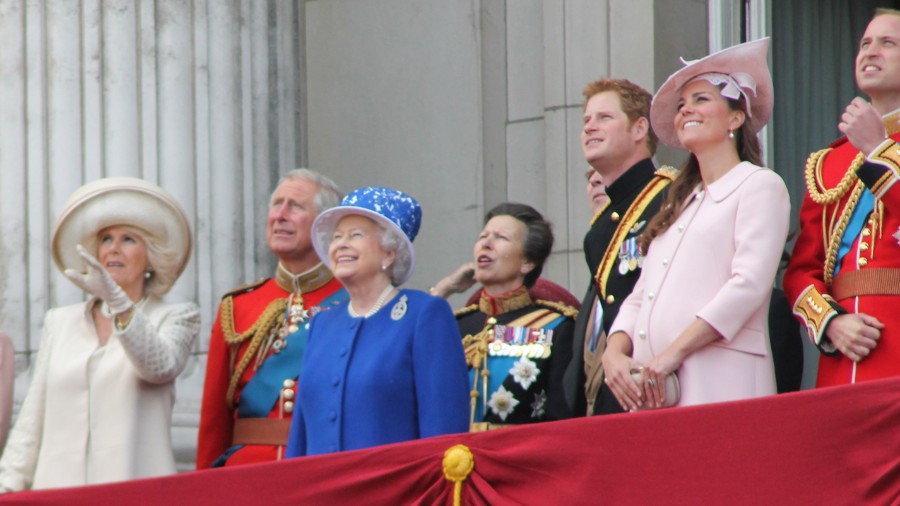 In this June 15, 2013, file photo, Queen Elizabeth II and other members of the British royal family stand on the balcony of Buckingham Palace.

In the third season of The Crown, Prince Philip has an intriguing conversation with his wife the Queen. Her sister, Princess Margaret, has just returned from a high profile visit to the United States. The TV series portrays Margaret as a flamboyant and precocious youngster who, even as a girl, longed to take the place of her older sister.

Margaret is a heavy smoker and drinker, a lover of parties, celebrities and making a splash. She has a tumultuous relationship with her husband, is rude to the servants and relishes not only the finer things in life, but some of the cruder and ruder things too. She dazzles and sizzles while her sister the queen is quiet, reserved, unspectacular and dull.

When Margaret asks the queen for more royal duties, Prince Philip warns against it. He points out that in every generation of the royal family there was a character who was dazzling and one who was dull. The queen’s uncle King Edward VIII was dazzling, and he rocked the whole establishment when he gave up his throne for the American divorcee, Wallis Simpson. His brother, who took over (the queen’s father), was dependable and dutiful, but dreadfully dull. With kindness, Prince Philip reminds his wife that she too is one of the dull ones, while her sister is dazzling.

Princess Margaret may be dazzling, but she was also dangerous. One of the strengths of the British royal family is that it contributes continuity and stability to British society. The same monarch rules for life and hands over the reins to the next in line who has prepared for the role his or her entire life. That stability and predictability may be dull, but it is also dependable.

The same clash between dazzling and dull has played out in the next generation of royals.

Prince Charles came across as shy, introspective and painfully dull while his brother Prince Andrew was the dashing naval officer and handsome man of action. It is now the dull Prince Charles who will inherit the throne while Andrew, in his ill advised marriage and his friendship with Jeffrey Epstein, has been revealed as a disgrace to his family.

Similarly, Prince William has played by the rules, fit into the firm, and comes across as likable and sensible but dull. Almost on cue, the second son, dashing Prince Harry, marries the dazzling and exotic American actress and upsets the apple cart.

One of the reasons the royal family fascinates people worldwide is that they symbolize all our families. Most of us have family members who are dull, dependable and dutiful. We also have the black sheep — the dazzling ones who live on the edge, take the risks and often pay the price.

When we see the drama of family life played out on the big stage of Buckingham Palace, it reflects back on our own smaller lives with their personalities, choices and decisions.

The trick in families, and in life, is to balance the dazzling and dependable. To build a life of stability requires daily discipline, thought and careful action — but it also requires an ability to take a risk from time to time, step out in faith and confidence to do something dazzling.

Life’s adventure requires risk without recklessness, faith but not foolishness, and the ability to be dazzling but not dangerous.

Harry and Megan’s step into the unknown could be a positive move for them, but only if they learn to balance their temptation for the dazzling with a dose of the dull and dependable.

Achieving this balance is one of the contributions of a strong family life. The older members in the family should offer the anchor of wisdom, experience and learning — even if that is dull. The younger members should offer the dazzling excitement of youth, the bright hopes for the future and the willingness to try something new. Their dazzling optimism balances the dull dependability and the dependable ones give weight and caution to the dazzling and dangerous.

Prince Harry’s mother Diana is a tragic reminder of the dazzling personalities that end in disaster. Will Prince Harry and Meghan Markle’s decision to leave the royal family end in similar disaster?

If their decision really is to have a private and even dull life, then it might be a positive step. However, is the actress Meghan Markle the sort of person who shuns the limelight? Will she be happy in a dull routine? Harry has compared her treatment by the media to that given to his ill-fated mother.

Harry and Megan’s step into the unknown could be a positive move for them, but only if they learn to balance their temptation for the dazzling with a dose of the dull and dependable. In cutting themselves off from the more dull members of the family, they may be cutting themselves off from the very strengths that could give them balance and stability.