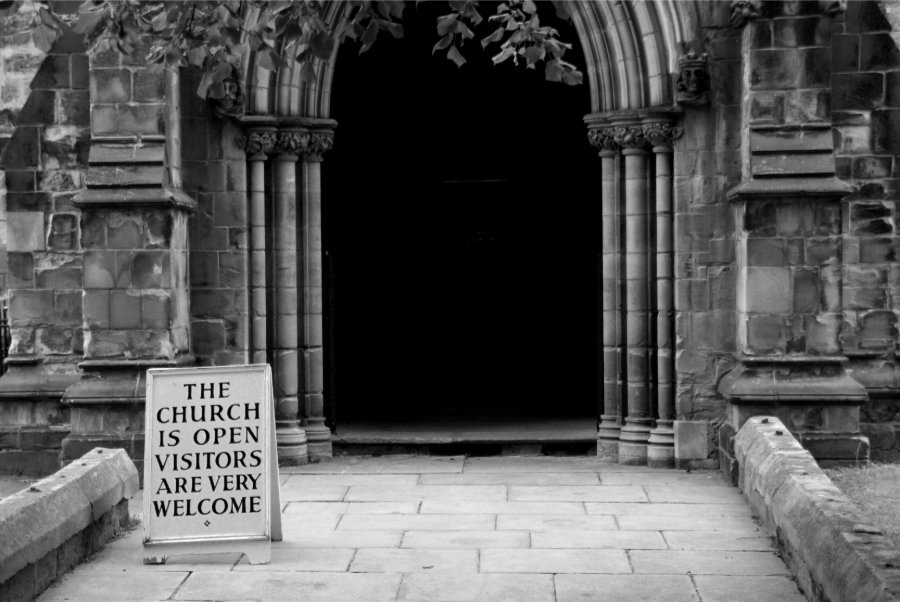 In progressive-controlled states, churches have been virtually shut down this year. They’ve been put under draconian meeting requirements, requiring pastors to become health police. Ushers are expected virtually to yell at worshipers to pull their masks over their noses, to ensure they socially distance. Many jurisdictions have dictatorially prevented church members from hugging.

Last summer during the California fires, health departments labeled the air dangerous to breathe, yet churches were ordered to meet outside. And now with winter upon us, the order is to meet in the freezing cold. Yet the same politicians encourage Antifa and BLM protestors to gather in ‘worship’ to their causes.

On May 31, Pastor Mike McClure of Calvary Chapel San Jose, along with over 1500 churches in California,  promised to open up and never close their doors. Since that time, his church has quintupled in size. Since then not a single case of the coronavirus has been traced to any of their services.

But in October, Santa Clara County hit Calvary Chapel with over $250,000 in fines. When they threatened to arrest Mike the next Sunday, pastors from around the nation gathered for a news conference outside his church. I was privileged to speak these remarks at that press conference.

The Legacy of the Church

My name is Neil Mammen. I’m an ordained Evangelical Pastor and president of the Values Advocacy Council (www.VAC.org).

Jesus’ politicians — His senators, his representatives, and lawmakers, that is, the Pharisees and Sadducees — passed a law saying it was illegal to heal on the Sabbath. But Jesus said, “I will still heal on the Sabbath,” and He did. We can do no less than to emulate Him.

For the last 2000 years, the Church has been the driving force behind changing thousands of laws — laws that no non-believers had thought to change. We banned child prostitution, widow burning, stopped the superstitious killing of twins, and ended temple prostitution. We banned gladiatorial combat, slavery and the abandonment of children and elders. The Church has long stepped in to be the conscience of the government.

The Church Does Good for the World

And yet it did not limit itself to changing laws. When the plagues came, the Romans fled the cities, but the persecuted Christians came out of the woodwork to gather the dying, the poor, the broken into their homes and into their churches. Slave hunters in America hunted escaped slaves, but the churches of the north opened their doors to give them shelter and a hiding place. When wars broke nations apart, churches were the safe haven where doctors could bring the wounded and dying to be tended to.

Humans are made for touching. We need hugs, we need a shoulder and we need someone to look them in the eyes and say: “Are you okay?” A zoom call or a 6-foot separation zone will not reveal a hidden secret, an abused child, an abused spouse, or a deep depression leading toward suicide.

Studies have shown that the average small church saves their city between $140,000 and $300,000 dollars a year through counseling, youth groups, support groups, feeding programs, mother’s groups, and men’s groups.

I know counties wish to saves lives, but it’s not working! Since the COVID shutdown and the church closures:

The Santa Clara Health Department has repeatedly refused to release suicide statistics for the last 8 months. (I recommend folks keep calling the Health Department at 408-992-4900 until they block you like they blocked this church, Calvary Chapel San Jose, when they called.)

And yet the county wants to close this church down. They want to jail this minister, and they want to let the suicide rates continue.

Let me tell the supervisors, every Christian in this county who understands the role of the Church will be watching and will be holding them responsible when the tally comes out. And it will.

If you care about life — open up our Churches!

Taking a Stance for Freedom of the Church

What happened after that news conference?

The good news is, Santa Clara County backed off from arresting pastor McClure. In addition, attendance increased as people found out that there was a church that was actually open. The bad news is, the county doubled the fines on the church and began sending “observers” to every event at the church, from Bible studies to book clubs to MOPS (Mothers of Pre-Schoolers) meetings. As a result, we are anticipating a wave of new believers from among these observers!

Fines against the church now exceed $600,000, and the county may also be planning other punitive actions. The church will not pay a dime. The county should expect to see more than twice that in legal expenses by way of lawsuits they are destined to lose. If all churches held their ground that way, their local and state governments would soon back off

Constitutionally we are on solid ground. Now it’s just a marketing play, really. The greater the crowd taking a stance for churches’ freedom, the greater the effect on our lawmakers and our laws.

For pastor, elders, and other church leaders, you probably have five major concerns about reopening.

1. Is this a pandemic that could kill the worshipers in our church if we violate the “health guidelines”?

The evidence shows the COVID-19 mortality rate is not anything like the Spanish Flu of a hundred years ago. Yet the virus is real. You may wish to install UV antiviral measures in your HVAC system. You may also suggest that older folks and those at risk stay home.

2. If we open up our church, will it be a bad witness to the people in our community?

I believe this is a canard. Those who hate your church will hate it whether you open it or not. Others will wait and see what happens. None of the 1500-plus churches open in California since May has become a super spreader, so I think this is an unlikely scenario. Meanwhile, people are dying of mental diseases, suicide, and depression. They’re looking for leadership and for pastors with a backbone. In our church, we’ve already had over one hundred baptisms of new visitors.

3. Do we really want to stand in blatant violation of our authorities?

Jesus did it. I think that fact puts this to bed. Remember, the Pharisees and Sadducees, were his lawmakers and judges. They were his politicians. He and the apostles felt ready to violate their authorities’ orders when lives were at stake.

Many pastors have claimed that they cannot in good conscience rebel against the state unless the state bans all worship. If you think about it, that argument only works if people aren’t dying or being permanently damaged from suicide, abuse, depression, and multiple other ailments. Yet statistics clearly show they are.

4. Our insurance company may not cover us.

Check with them first. You may need to find a new insurance company. I may be able to help you by connecting you with other churches who have a provider in your area. (My email address is below.) If you are with an insurance company that will continue to provide coverage for churches who open, please contact me.

5. Are we being a good steward of our tithes if we are hit with fines?

My first answer is that you should refuse to pay. If you do pay, do not expect to get a refund. The leaders I’m working with are pretty sure that when this all washes out, no state will be able to prevail with a constitutionally viable case for church shutdowns or fines.

Just this week, Los Angeles County has indicated that none of its guidelines apply to churches or political events. With a conservative majority on the Supreme Court, it’s a good bet that these fines will never need paying.

Meanwhile, you can get free legal defense from lawyers at Advocates for Faith & Freedom, Pacific Justice Institute, and with other Christian nonprofit legal associations. The more plaintiffs added to their lawsuits against state and local governments, the stronger they get. In fact, the more lawsuits that are filed, the less these jurisdictions will want to move forward with persecuting churches.

The Real Fear You Should Keep in Mind

Remember the story in the Gospel of the poor widow who keeps pestering an evil Judge over and over again until he capitulates and provide her with justice? This should be our role model. We should have so many lawsuits against the government that the government starts to fear ever crossing us.

Staying closed can be more damaging. I know of churches whose giving was down over 30% over the summer. Some churches who were finally permitted to open up their doors  discovered they had no congregation left.

Jesus violated His politicians’ laws just to heal a withered hand. Today your community is dying and dying without the Gospel. That is far worse than a withered hand. What would Jesus do? Would he open up his house to His hurting people?

I suggest you contact Advocates for Faith and Freedom. And I urge you to open up your church. Let your community know you are there for them. Invite them for Christmas, for meals, for counseling.

Put up a huge sign or signs saying, “Are you unhappy? Do you need someone to listen? Someone to give you counseling? Walk in and talk to a live person.” Or, “Are you a mother that needs encouragement? We have a support groups. We are LIVE and OPEN, today and Sunday. Welcome.”

A Time To Grow

There has never been a better time to be Jesus to your community and flagrantly violate the baseless, heartless laws that our politicians have imposed on the people of God. This is precisely the time when millions are realizing they need God.

I’m betting you will find this to be one of the greatest growing times for your church.

I’d like to hear from you, especially if this article helps change your mind about opening your churches. Please email me.

Neil Mammen is an engineer during the day and teaches the historic and scientific defense of the truth of Christianity at night. His ministry is called No Blind Faith. He is an ordained evangelical pastor, and the author of multiple books including Jesus Is Involved In Politics! Why Aren’t You? Why Isn’t Your Church? and Who is Agent X? on how to show that God exists without using the Bible.