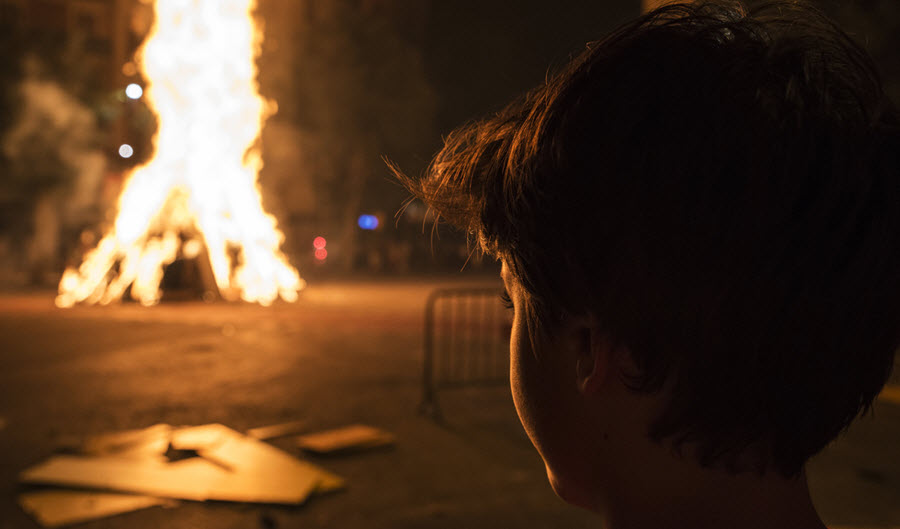 At least one thing is confirmed by my news feed and the events unfolding in cities around the country: Many people who claim “justice!” as their battle cry have no idea what it means. Virtue signaling and vengeance are the best they can come up with. I expect that kind of foolishness from the secular world, but it has become glaringly apparent that many modern Christians also embrace folly as long as it results in a pat on the back.

Virtually everyone, no matter where they are on the political spectrum, has condemned the murder of George Floyd, and that is the correct response. Police brutality should always be condemned and corrected. However, because the issue has been exploited by the social justice movement, the problem has been twisted into something else entirely.

Brave Christians who dared to interject truth were told “now is not the time for that.” Apparently, now is the time to “listen” to cultural voices that, by and large, reject the authority of God. Apparently, those voices will finally eradicate evil and save the world. God’s message — that every person, regardless of class or ethnicity, matters enough that He died to save us from our sins if we submit to Him — can wait. I guess reading a book about “white [insert negative quality]” or posting a black square on Instagram are far more effective ways to change the human heart.

Sarcasm aside, I have a serious question for the more “woke” Christians among us. Does it not trouble you that your understanding of justice is identical to those who have rejected the gospel of Jesus Christ? The fact is, most of the assertions being made about racial discrimination in policing have been empirically debunked (by a leftist economist, no less). Is that not a compelling enough reason to stop repeating trendy falsehoods? If not, perhaps the fruits of death, destruction, and endless demands might suggest that something within this particular “justice” movement is amiss.

I’m disappointed to see so many deceived Christians, but I’m not terribly surprised. For too long, the modern Church has rejected intellectualism and commitment to scripture in favor of feelings and personal experience. Believers parroting popular talking points about poorly theorized concepts of “fragility” or “privilege” is the inevitable result.

No amount of activism, systemic reform, or personal growth will ever make anyone “good” or worthy of God’s approval.

For decades, American Christians have been told to simply be kind and win people over with vague, doughy niceness because anything more severe might offend someone. Such poor instruction has created a weak-willed Church full of people who have no idea what it means to truly be virtuous. Instead, they only know how to virtue signal and avoid discomfort. There are many reasons why this is dangerous (for both believers and those they hope to influence). I’ll address two of the most important ones.

Righteousness and the Cost of Real Virtue

The first issue is that real virtue (we could also call it godliness or righteousness) is based on understanding the nature of God, since He is the ultimate moral authority. Those who understand the gospel know that there is no way to achieve righteousness apart from Christ. No amount of activism, systemic reform, or personal growth will ever make anyone “good” or worthy of God’s approval. Nor will it change the world in any significant way. Why? Because sin is mingled in with every human motivation unless it’s actively being rooted out. And how is a particular sin (whether it be hatred, pride or envy) rooted out? Only by submitting to God and conforming your thoughts and actions to His, rather than whatever happens to feel right or be advantageous at the time.

The second reason virtue signaling is dangerous is because it is shallow. Cultivating true virtue requires understanding the truth and applying it consistently. True virtue cannot be detached from deeper, God-given principles.

As disciples of Christ, we are called to cultivate His qualities. That includes a willingness to speak against injustice even when it is costly, not just when it is mainstream or fits within a particular narrative. We have a clear biblical mandate, and it rejects the popular notion of oppressors versus the oppressed. “Do not pervert justice; do not show partiality to the poor or favoritism to the great, but judge your neighbor fairly.” (Leviticus 19:15)

I realize that for some this may be shocking to realize, but there are many other injustices plaguing our nation besides police brutality. Those include but are not limited to the slaughter of the unborn, mass exploitation of human beings for sexual gratification, bloated bureaucracies that forcibly take people’s money without providing anything valuable in return, and increasing prejudice towards those who don’t affirm progressive doctrines of race or gender.

Which begs the question, Christians — are you passive about justice-related issues except when it comes to popular ones? Why might that be? Have you pondered the fact that over 1,000 people were shot and killed by police last year, but you and your friends only care about a single incident after “the system” instructed you to? Apparently “silence is violence,” so if you remain silent about other important instances of injustice, what might that say about the depth of your convictions?

I realize many Christians do risk their reputations (and sometimes their lives) to fight injustice in various forms. But many more are content to take safe, non-controversial cues from corporate media outlets and celebrities rather than apply any consistent principle for “speaking out” against injustice.

The sacrifice of Jesus Christ is the only true equalizer. If you find yourself unwilling to make that point during conversations about justice, repent.

Jesus told his disciples, “If the world hates you, keep in mind that it hated me first. If you belonged to the world, it would love you as its own. As it is, you do not belong to the world, but I have chosen you out of the world. That is why the world hates you.” Rest assured, then, that if every major institution, popular influencer, and irreligious friend nods along in agreement with your convictions, you have almost certainly exchanged conformity with God for conformity with your peers.

Reject the Lies of the World

Reject these fruitless, inconsistent virtues. They will not save anyone from suffering.

Humbly recognize that you and your favorite group of people, whoever they might be, are just as damned as those you deem villains. Only then will you be able to look upon injustice without a hypocritical or prideful spirit and take action.

The sacrifice of Jesus Christ is the only true equalizer. If you find yourself unwilling to make that point during conversations about justice, repent. You and your progressive friends are not better arbiters of justice than God.

It’s time for Christians to reject the lie that in order to win the world, we must be like it. Jesus said the opposite. Worldly voices clamor for devotion, but they will fail you. Instead, look to the One who is worthy. His justice will not disappoint.

Carmen Schober is the Editor-in-Chief of Staseos. She is a wife, mother, fiction writer, cultural commentator, and MMA fan. She earned her Master’s in Creative Writing and English Literature in 2015, and she enjoys writing about theology, culture, and storytelling.