The Revival of Revenge 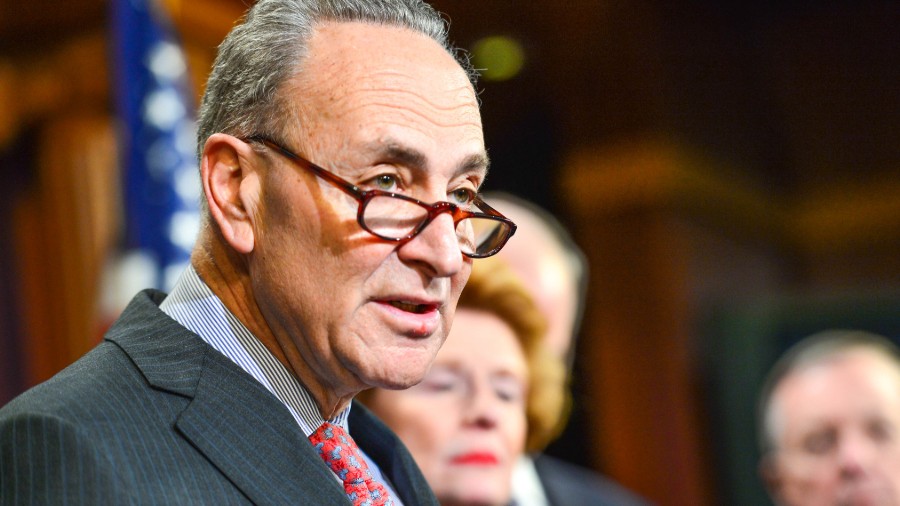 We’re under the impression that progress in inevitable. Not only technological progress, but human progress is for all intents and purposes a right. Right?

Schumer’s Vengeful Language Hearkens Back to 2,500 Years Ago

Earlier this month on the steps of the Supreme Court, Senate Minority Leader Charles Schumer made it clear that he’s out for vengeance.

“I want to tell you, Gorsuch. I want to tell you, Kavanaugh,” he said. “You have released a whirlwind, and you will pay the price. You won’t know what hit you if you go forward with these awful decisions.” That is decisions in any way restricting unlimited abortion.

What exactly Schumer threatened is unclear — Assassination? Impeachment? Abductions and beatings? But what is clear is that a senior U.S. senator believes in vengeance justice — something that, around 500 B.C., Aeschylus dismissed as a horrid idea in his trilogy of plays The Oresteia.

“The Oresteia” Play Highlighted Why Revenge Justice is a Bad Idea

Paris, prince of Troy, visited Sparta and its king, Menelaus. There he met Menelaus’ beautiful wife, Helen, and together they ran away to Troy.

In his fury, Menelaus with the help of his brother Agamemnon mobilized for revenge. The legendary thousand ships sailed to conquer Troy, raze the city, kill Paris, and recover Helen. It took ten years, but finally the city fell. Helen went home with Menelaus and Agamemnon returned to his wife, Clytemnestra.

What Agamemnon didn’t know was that while his desire for revenge had been satisfied with the taking of Troy, Clytemnestra’s vengefulness was smoldering for ten years. In order to get favorable winds to get to Troy, Agamemnon sacrificed their daughter to the gods. Agamemnon killed our daughter, Clytemnestra reasoned, and justice demands that I kill him.

Aeschylus’ first play, “Agamemnon,” begins as Agamemnon arrives home tired and dusty. He greets his wife and household and heads for a bath. There Clytemnestra along with her lover, Aegisthus who also has a claim of vengeance against Agamemnon, stab him to death.

The killer is killed and, as the first play ends, justice is served — maybe.

In the second play, “The Libation Bearers,” Agamemnon and Clytemnestra’s son, Orestes, who his mother drove out of town, comes home. Upon arrival he meets his sister, Electra, mourning at their father’s grave. After she tells him the sordid tale of their father’s murder, Orestes, urged on by the god Apollo, declares, “They killed an honored man by cunning / they die by cunning, caught in the same noose.”

So Orestes kills the killers and, as the second play ends, justice is served — maybe.

As the third play, “The Eumenides,” opens, Orestes faces vengeance. The ancient gods of the underworld, the Furies, pursue him demanding his life, demanding justice. “Blood of the mother draws me on,” says the leader of the Fury, “must hunt the man for Justice.”

Orestes hurries to Delphi to seek Apollo’s help. “You commended [Orestes] to kill his mother,” the leader of the Furies accuses Apollo. The god puts it differently: “Commanded him to avenge his father….”

Killing one’s mother is bad. Avenging one’s father is good. So which is it?

Orestes runs to Athens to seek help from Athena. There the goddess of wisdom brokers a deal to satisfy all parties: Apollo, the Furies, Orestes, justice, and the good of the city.

The Furies vociferously accuse Orestes and Athena weights the options. On the one hand, Orestes avenged his father’s murder, an act of filial piety and justice. On the other hand, as the Furies insist: he killed his own mother.

Unsure of how to adjudicate the case, she tells Orestes and the Furies:

My contestants,
summon your trusted witnesses and proofs,
your defenders under oath to help your cause.
And I will pick the finest men of Athens,
return and decide the issue fairly, truly —
bound to our oaths, our spirits bent on justice.

Rather than endless revenge in the name of justice, Athena proposes trial by jury. Orestes is acquitted and she convinces the Furies that justice through reason is superior to justice through rage and revenge. Not that the Furies and their rage are unimportant. Angry about crime and injustice is great good. But fury has its place and the Furies are, in a sense, domesticated. They become the Eumenides, “the Kindly Ones” whose energy rather than causing an endless cycle of revenge draws a people together in the pursuit of evenhanded justice and the common good.

A Parable for Our Age

As I read The Oresteia and as I interviewed my Wyoming Catholic College colleague Dr. Pavlos Papadopolous for the college’s After Dinner Scholar podcast, I couldn’t help thinking of the story as a parable for our age.

Digital lynchings on Twitter are commonplace. It’s nearly impossible to win a defamation of character lawsuit. Attacks on visiting scholars at colleges are hardly news any more. Vengeance and revenge are back in force.

And vengeful anger in our politics is especially shocking and damaging. Words about revenge by those sworn to uphold our system of justice can only help normalize a culture of vengeance, something Aeschylus and the Athenians had the good sense to reject 2,500 years ago.