The Real Deal With the ‘Respect for Marriage Act’ 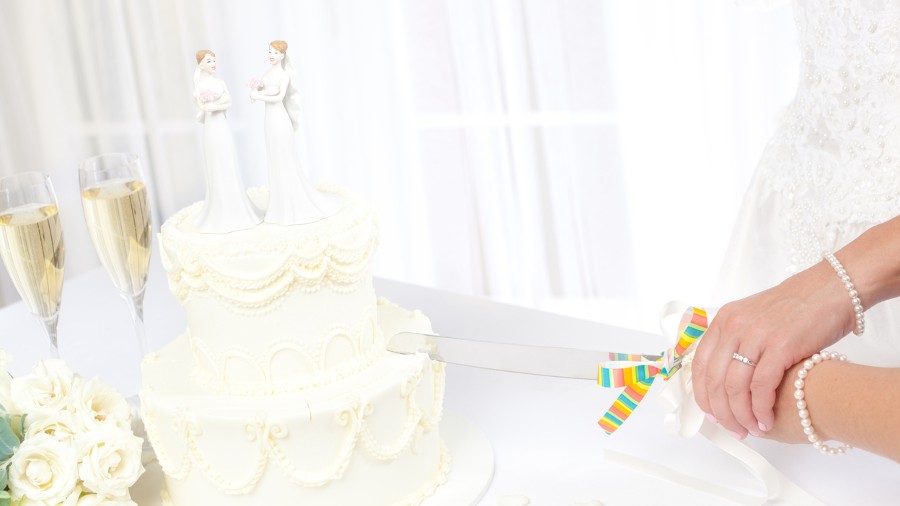 This week many of us watched with horror as the so-called “Respect for Marriage Act” passed the U.S. Senate. The bill raises a lot of questions, and the answers aren’t good.

What Would the Law Do?

We all know that the Supreme Court’s 2015 ruling in Obergefell v. Hodges requires states to allow same-sex couples to marry. But when the current Court struck down Roe v. Wade, it struck terror into the hearts of those who believe that the Constitution surely protects their right to do the things they really want to do, whether it says so or not.

If this new Court is willing to admit that there is no constitutional right to abortion, it just might revisit other decisions announcing new rights — like the right to same-sex marriage. And so, to calm that fear, we have the “Respect for Marriage Act.”

The law would do three things.

First, if the bill becomes law, the feds will accept any state’s definition of marriage — with the exception of polygamy — for purposes of federal law. Thus, Congress abdicates its responsibility to define the term for its own laws. It supersedes the 1996 Defense of Marriage Act (DOMA), which defined marriage as a union of one man with one woman.

Because the Supreme Court’s 2013 ruling in United States v. Windsor struck down that definition, some may think this aspect of the new law is inconsequential. But it isn’t. To say that marriage can mean whatever someone wants it to mean is to say that marriage doesn’t matter.

The Bill Would Make it Harder to Overturn Obergefell

Second, if the bill becomes law, states will be forbidden to deny a same-sex marriage that is valid in another state. This may be a formality for the time being, since Obergefell requires every state to provide same-sex marriage. But if the current Court or a future one ever does revisit that decision, this law will preclude states from applying their former definitions.

Also consider the issues of federalism involved here. Under our system, the states retain equal sovereignty over matters that are not delegated to the national government. Congress badly undermines that principle by telling a state that it has to accept some other state’s legal definitions.

Third, the “Respect for Marriage Act” creates a cause of action (lawsuit) against people or organizations that act under color of state law and fail to recognize same-sex marriage. Many believe this is the most significant — and egregious — aspect of the entire bill.

If passed again by the House and signed by President Biden, this law won’t do anything to change the ability of same-sex couples to marry. What it will change is the ease with which government and activists alike can sue people of faith who seek to live out their beliefs.

We have already seen the appetite of activists to ostracize Christians who believe that God’s definition of marriage is the final word. We saw it when they sued and oppressed Jack the Baker, who politely declined to design a cake for a same-sex wedding. This law adds a tool to the toolbox of those who want to push the faithful to the outer edges of society.

An amendment added in the Senate for the ostensible purpose of protecting religious freedom gives little actual relief. It ensures that “nonprofit organizations” won’t have to actually perform or provide services for same-sex weddings. But that’s nothing new. Neither is its paltry assurance that people of faith can still use the First Amendment as a defense against the lawsuits that are about to come their way.

When you think about who will be most affected by this “Respect for Marriage Act,” don’t think about same-sex couples, who are already able to marry in every state. Think about the faith-based social services organizations — like adoption agencies. Many of them do what they do because of their deep faith. Now they face the choice of giving up their mission or facing years of costly litigation.

When you consider the possible effects of this law, think about the faith-based organizations who may now become targets of the IRS. As lawyers with Alliance Defending Freedom point out, the IRS may now decide that these non-profits are not “charitable” for tax purposes because their conduct is “contrary to public policy.”

Disrespect for Marriage, State Authority, People of Faith and God

Because of the Senate amendment, the bill now heads back to the House for a final vote. There is little hope of defeating it. But still, we must not be silent.