The Problem With Pro-Life ‘Lite’ 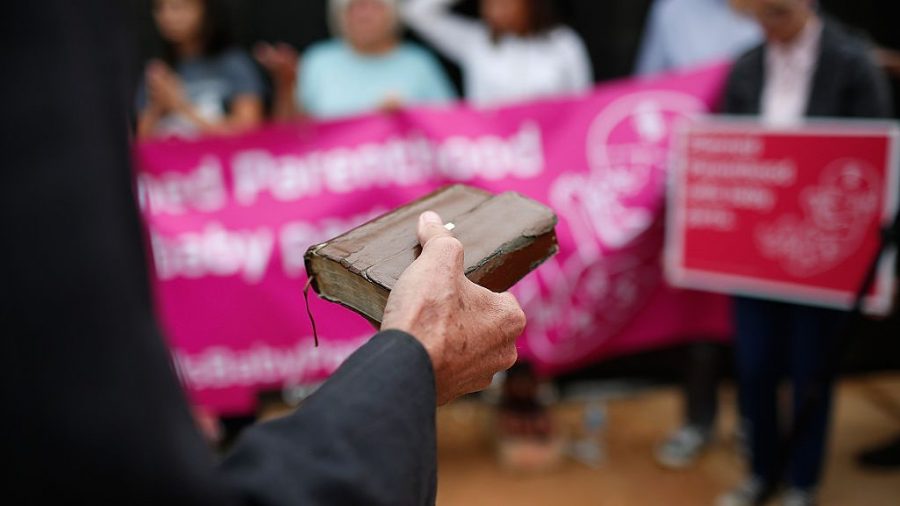 The U.S. Conference of Catholic Bishops is voting on a new chair of their Pro-Life Committee during their annual Fall assembly. J.D. Flynn rightly described the vote as a “referendum on what it means to be pro-life” last week in a CNA analysis. There will be political and real-life consequences to their choice for millions of unborn children.

Flynn helpfully sifts through the ideological pedigree of the two candidates. On one side is Archbishop Joseph F. Naumann of Kansas City. He’s widely seen as a champion of bold pro-life political leadership from the Catholic Church in the mode of New York Cardinal John O’Connor, who prayed at abortion clinics, confronted Catholic politicians who voted in favor of abortion, and founded the Sisters of Life. On the other is Cardinal Blase J. Cupich, a self-professed champion of the “seamless garment” approach of Cardinal Joseph Bernardin. Bernardin looked at abortion as one of many social ills equally deserving of political attention from the Catholic Church without giving it any distinct moral or political weight.

The referendum may not just be about which of two prelates will chair the U.S. Bishop’s pro-life committee. It is complicated by Pope Francis’ own predilections. His address to Congress in 2015 could have been written by Cardinal Bernardin himself. He mentioned a wide range of social issues. The right to life was just one of them. The pope brought up the death penalty. But even though we were in the middle of a scandal involving Planned Parenthood selling aborted baby body parts, Pope Francis did not say a word about abortion. Archbishop Vincenzo Paglia, whom he appointed to lead the Pontifical Academy for Life, is also taking the Bernardin approach.

The Seamless Garment may be noble, and even be inspired by Catholic social teaching. But as a political manifesto, it has not helped the pro-life cause here in the United States.

The Carrot Dangling on a Stick

My own alma mater, the University of Notre Dame, sadly played a pivotal role as “useful idiot” for the Democratic Party of Death in key moments. It’s a place where the seamless garment has long held sway. New York Governor Mario Cuomo famously spoke there in 1984 and said you could be publicly pro-choice but privately pro-life. He justified himself by appealing to the seamless garment, which he viewed as one and the same with the Democratic party platform. Cuomo promised Catholics that Democrats would one day get around to doing something about abortion. But that day has yet to come and seems farther away than ever before.

Another key moment was in 2009 when the University gave an honorary doctorate to Barack Obama, the most pro-abortion presidential candidate in U.S. history. He had even defended late-term abortions. With the typical inconsistency of those who promote the “consistent life ethic,” the University cited its long commitment to the civil rights movement as justification for overlooking Obama’s extreme abortion record. It caused scandal. Speakers withdrew. Students disrupted Obama’s commencement speech. The school arrested peaceful protesters and prosecuted them for trespassing — proving that even seamless garment proponents scrupulously guard private property when it is their own. Obama took it all in his stride and promised he would respect the conscience of Catholics. He lied.

Useful Idiots for the Party of Death

Michigan Representative Bart Stupak and 40 Democrats, mostly Catholic, held out on adopting Obamacare in 2009 because of abortion funding. President Obama told them he would not force Americans to pay for abortions. He lied again. Federal dollars paid for abortions under his signature legislation. Not only that. The President then went on to spend the better part of his presidency trying to force Catholics to pay for abortion and contraception through employer health insurance plans, including Notre Dame.

This was an “inflection point” in history for the pro-life cause and the Democratic party. It’s hard not to understate it. For a moment, it seemed like Catholic Democrats had understood the importance of taking a pro-life stand. But it was not to be. Instead of a pro-life hero, we will remember Stupak forever as a useful idiot of the party of death. Instead of helping the pro-life cause break new ground in his party, he ensured it would have no future in Democratic ranks.

But Stupak’s epic fail was not all his fault. It was made possible by Notre Dame and the rest of the Seamless Garment crew. Touting the benefits of Obamacare overall, they chose to overlook nearly one million children who are killed in their mothers’ womb each year. A pro-life rider to Obamacare would have been an incredible achievement. Instead, the Garment gave Stupak an easy way out. And when push came to shove he chose it.

The Obamacare debacle is only the most recent example of the Seamless Garment’s failure when it comes to the pro-life cause. Another important historical fail was the attempt of Catholics to establish the pro-life movement in democratic ranks after Roe v. Wade. They founded American Citizens Concerned for Life (ACCL).

American Citizens Concerned for Life promoted support for pregnant mothers as an alternative to mainstream pro-life legislative efforts to protect children in the womb. They said this was less divisive and more consistent with the Gospel. They thought it would appeal to Democrats. It did not. The mainstream pro-life movement absorbed ACCL’s focus on protecting mothers, but ACCL never turned to protecting children in the womb. Eventually it fizzled out.

Pro-life “lite,” like all things lite, never really got off the ground. But it still did a lot of damage to the pro-life cause. Catholic politicians sided with Democrats in opposing pro-life riders in legislation because they did not want to be “obstructionist.” Democrats of all creeds found pro-life cover with ACCL and denigrated other pro-lifers for being extremists involved in a “holy war.” Catholics kept voting for them, and babies kept getting killed in the womb.

The Seamless Garment is also arguably why Roe v. Wade is still the law of the land. The hitmen who did the Bork, Ted Kennedy, Joe Biden and John Kerry, were all Seamless Garment Catholics. It was they who got Anthony M. Kennedy on the Supreme Court. They ensured that Roe v. Wade could not be overturned for another two generations and that millions of babies would be killed as a result. This, and purging the Democratic party of any pro-life sentiment with the help of Nancy Pelosi, is their legacy. Today, abortion is a litmus issue for Democrats, not just in judicial nominations, but to represent the party in elections. Their leaders now openly say this.

And the religious freedom hot water Christians got into during the Obama years is also likely a result of the moral confusion caused by the Seamless Garment. Consider how Catholics held virtually all the most powerful positions in the Federal Government during the Obama presidency: the Vice-President, the Speaker of the House, the White House Chief of Staff, the head of the Department of Health and Human Services, and five Supreme Court Justices. These were just a few of the posts they filled. In spite of this, Obama imposed the HHS mandate. And he was the most anti-Christian president in U.S. history.

The bishops’ choice should be clear. Whoever leads the committee should continue to champion bold political action to protect children in the womb. And they should dispense ultimatums to Catholic politicians who are not on board. It’s not really even a prudential judgment about different strategies anymore. U.S. Bishops can opt to merely appear pro-life, or they can choose to defend the unborn.

Without a bold Catholic stand the unborn and our religious freedom do not stand a chance.

Stefano Gennarini (@prolifeadvocate) is the Director of Legal Studies at the Center for Family and Human Rights (C-Fam) in New York. The views expressed in this article are the author’s and are not necessarily the views of C-Fam.

Of Course It’s About Abortion!