The Prince Who Saves Cinderella from Sentimentality 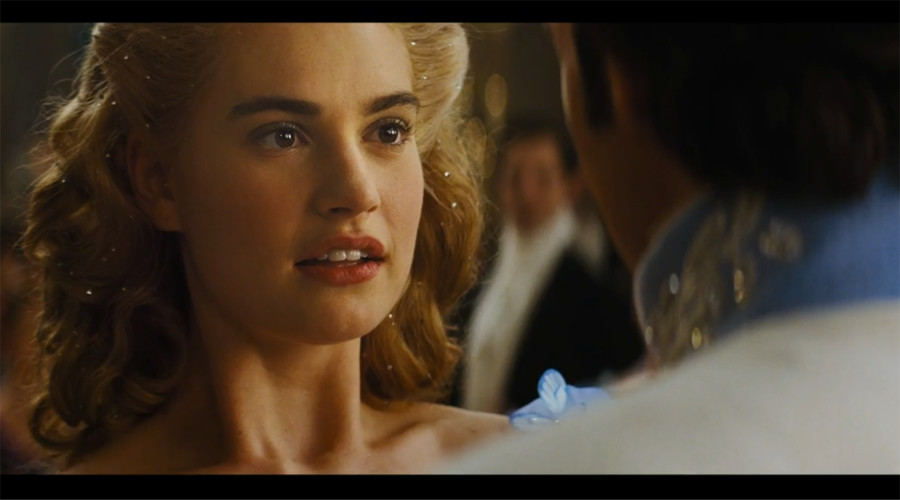 DANTE WITT — Kenneth Branagh’s live-action Cinderella is released on DVD Tuesday. The film, unlike most fairy tale movies, was faithful to the traditional fairy tale, so I loved it, of course. As a 21-year-old single woman I would be thrilled to meet a handsome prince — though as my dad pointed out, if every girl holds out for a prince, fertility will go into free-fall.

But on another level, we’re all holding out for a prince. There is a reason that so many of the fairy tales that emerged out of Christian Europe, from Cinderella to Rapunzel to Snow White, tell of a young woman who is (at least apparently) from the lower class, and is rescued by a prince, marries him and lives happily ever after. And that reason goes beyond little girl escapist fantasies or the influence from a culture where the only realistic hope a poor girl had to rise was to marry above her station. It has to do with something Christian Europe came to understand in becoming Christendom: Every Christian, married or single, young or old, is already a part of the unworthy bride of Christ, he who is the greatest prince of all.

In the story of Cinderella, the main character gains her name because she is often filthy, covered in cinders from the hearth she must regularly clean as she slaves for her stepmother and stepsisters. But the prince rescues her from her stepmother’s cruelties, and soon she is clean and radiant. Likewise the Apostle Paul says, “Husbands, love your wives, even as Christ also loved the church, and gave himself for it; that he might sanctify and cleanse it with the washing of water by the word, that he might present it to himself a glorious church, not having spot, or wrinkle, or any such thing; but that it should be holy and without blemish” (Eph. 5: 25-27).

But here the parallel breaks down. While Cinderella is forced into her filthy state by injustice, the soot that covered our souls is our own. When we stand before Christ, we cannot claim to have been filthy simply because we were misused by an evil stepmother. The Cinderella story softens this hard truth.

Intriguingly, Branagh’s Cinderella goes further than the fairy tale in showing the power of our prince to save us. In a film that generally stays very true to the original, he adds a scene in which Cinderella, in despair at her stepfamily’s cruelty, rides off into the woods to be alone. There she meets a stag fleeing from a hunt. She urges the stag on, and as she does, she meet the prince for the first time. She successfully pleads with him to leave the stag alone. She, quite clearly, is passionately on the side of the stag. 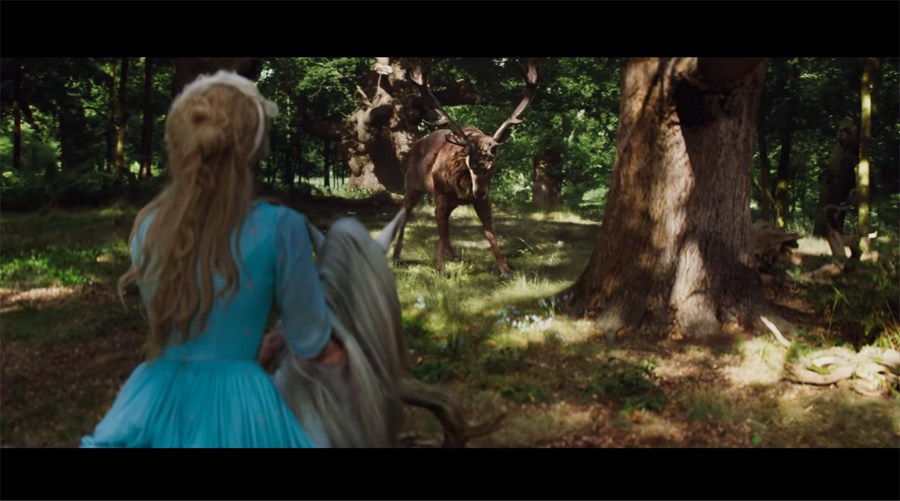 How is this significant? As Fr. Robert Barron points out in his review of the film, in Christian symbolism, the stag represents Christ. The beast was thought to trample serpents under its feet, as Christ tramples the serpent the Devil under his heel. As God told Satan, “I will put enmity between thee and the woman, and between thy seed and her seed; it shall bruise thy head, and thou shalt bruise his heel” (Gen. 3:15).

If you miss the symbolism of the stag scene, it may register as only a plug for animal rights. But the symbolism is there, and it’s whispering something: Be on the side of the Stag; you need him.

We need Him because it is not within our own power to cleanse ourselves. Rather it is through His own promise of mercy, and by His own power over the forces of darkness, that He makes us as white as snow.

So if ever you feel abandoned or downtrodden, remember the promise He made before our first parents left Eden, and remember, as centuries of Christian mothers have remembered for their children, the story of a faithful girl who was not forgotten by her prince.

‘Ant-Man and the Wasp’ Uncovers Wisdom in the Wilderness

The Godfather Meets the Holy Spirit