The Politics of Hate 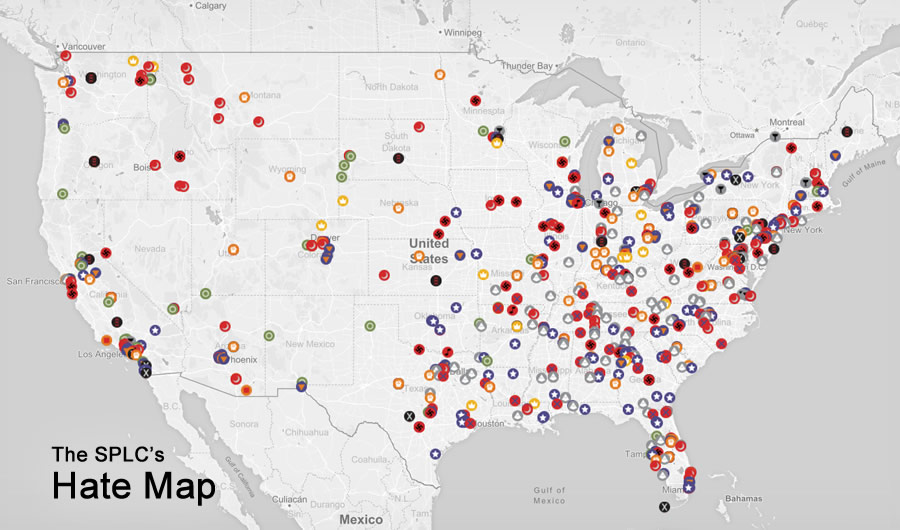 We live in a time where definitions are a principal cultural battleground. In most cases the battle is about redefining a previously understood meaning. Marriage, gender, and social justice are obvious examples. But oddly, one little-noticed victim of politically-correct battles over redefinitions is the word “liberal.”

Historically, the values of classical liberalism — free speech, respect for facts, and reliance on the marketplace of ideas as the arbiter of truth — have had much in common with conservatism. Liberals and conservatives disagree over the size and scope of government, but all within a framework of freedom. But in these latter days, liberalism has been hijacked by Leftwing elites, who have a completely different agenda — one in which freedom is in the crosshairs.

To the political Left, America is hopelessly racist, sexist, violent, and phobic — specifically homophobic, xenophobic, and Islamophobic. While calling themselves progressive liberals, they are little more than 21st century Communists who call for and justify the abridgement of everyone’s freedoms but their own. Here is the Leftist redefinition of liberalism:

Not so free speech. Leftists remain in favor of free speech — just not yours. Free speech under their new political orthodoxy order is still defended — just not Christian or conservative speech. Their conception of tolerance is simple: we tolerate them; they persecute us. This is classic Marxism.

Disrespect for facts. All are entitled to their own point of view but not their own facts — unless you are a Leftist. They label facts supporting any other worldview but their own as racist. The propagation of so-called safe spaces, therefore, is merely a strategy to limit the speech of those with whom they disagree and ultimately seek to persecute.

Truth in the dock. The postmodern claim that truth does not exist is merely a Leftist strategy aimed at delegitimizing authentic truth. At the same time, the true-believers of Marxism believe that any lie advancing the cause of communism is the “truth.” This is absolute gospel to 21st century Leftists — so much so that it’s not unreasonable to assume at first blush that all their arguments are lies. Donald Trump has pulled back the veil on this by calling out the Leftist media for propagating fake news.

The American Founders valued religious free-exercise and freedom of conscience above all other freedoms, because if these freedoms are not sustained all others will fall as well. Today’s Leftist elites will acknowledge what they call freedom of worship, while denying anyone has a right to live out their faith in public life. In the end, they seek to strip any vestige of religion from the public square as the predicate to forcefully imposing a politically-correct, Leftist secularism.

Amidst this Leftist redefinition and deliberate confusion enters the Southern Poverty Law Center. A civil rights group at its founding, today the SPLC is little more than a Leftwing hate group whose forte is reputational terrorism. Ironically, its so-called hate map is the perfect illustration of Leftist redefinition.

According to the FBI, a hate group’s “primary purpose is to promote animosity, hostility, and malice against persons belonging to a race, religion, disability, sexual orientation, or ethnicity/national origin which differs from that of the members of the organization.” But the SPLC redefines hate group as any person or entity that has a view different than the hard-Left political agenda on a wide range of issues. Their so-called hate map includes legitimate hate groups like the KKK and the Aryan Nation. But they falsely and outrageously put David Duke next to David Barton and D. James Kennedy Ministries next to the American Nazi Party.

Which is why we continue our legal battle against the SPLC. We are asking the U.S. Supreme Court to review our lawsuit against the SPLC for its false and defamatory allegation that D. James Kennedy Ministries is a hate group for simply believing in the teachings of the historic Christian faith embodied in the Bible. In our appeal, we are asking the Court to revisit its 1964 precedent, New York Times v. Sullivan — which makes it almost impossible for “public figures” to prevail in defamation lawsuits — and grant our right to a trial.

We take this stand, not just in defense of ourselves, but for the Gospel of Jesus Christ and His Church. We stand for truth and defend freedom, so that you and those you love may live out your faith according to the dictates of your consciences. For this freedom, many have died. By God’s grace, may their deaths not have been in vain.

Exactly Where We Want Them