The Play’s the Thing — to Bring Us Together 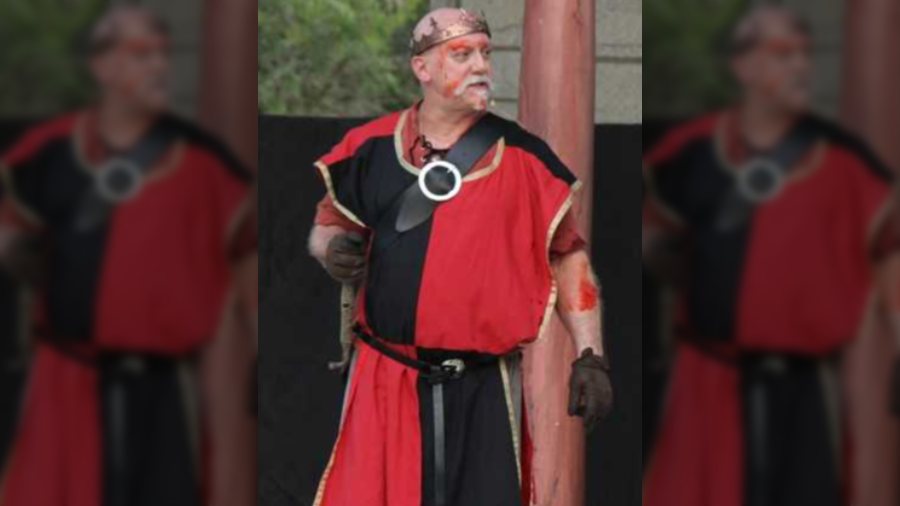 These days, Athens and Jerusalem wouldn’t be caught dead together. In fact, they’ve set up shop in different parts of the continent. Their worldviews are leagues apart. Athenians favor gay marriage, drama, art and taxing others for their ostensible own good. They run the Blue States. Jerusalemites inhabit the Red ones, or “Jesusland.” Whence they pray to actualize The Handmaid’s Tale, and tractor pulls outnumber theaters. And where art, other than black light Elvis posters, is suspect.

Or so the stereotypes go. It turns out that there is something, or someone, that Athenians and Jerusalemites both respect. Even like. And around whom we can rally, at least for short stints. The Bard. Shakespeare. The world’s most favorite writer. Sure, liberals have tried to appropriate him as a rebel fighting the power. Barring that, more recently — and trendily — others on the Left just want him cancelled. For being white, educated, and insufficiently dedicated to “diversity, inclusion and equity,” even ex post facto. But, darn it, Shakespeare has all that cross-dressing, which is a real plus for those same folks. At the same time, those of us with MAGA hats stashed next to the guns in our trucks can take heart that Bill S. was not just conservative but a fan of monarchy. Plus, he wrote in plenty of sword fights. So that wily playwright usually has something for everyone, across the political spectrum. 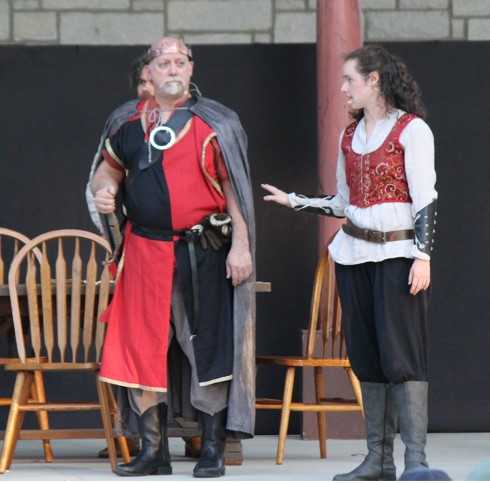 And yours truly was honored to be cast as King Henry IV. (The proprietor of Graysonshakes, Drew Kenyon, is a middle school drama teacher who wanted to make the Bard accessible to this metro Atlanta community. It’s been quite successful since he started it in 2019.) I have been in several plays in the last few years, but no Shakespeare one since 2002. This was incredibly hard work, especially the dialogue; but also great fun. And quite rewarding, indeed hopeful, on three levels.

Can’t We All Just Get Along? Yes. Yes We Can.

First, it proved that folks from opposite poles of the political spectrum can actually get along. Yes, theater is dominated by liberals and wokeistas (as I pointed out back in 2018). And I think it’s safe to say that only a few of the individuals involved in our play voted for Trump, besides me. We had college students, middle and high school teachers, a flight attendant, a Protestant youth minister, and several other professions. Black and white. Male and female and maybe other. One prominent cast member rolled up with BLM and “Bernie” stickers festooning his car. And guess what? He and I got along great. Everyone put ideology aside and simply worked on their roles, with the aim of making this the best Henry IV Part 1 that we could. Which we did. For a bunch of amateurs, all involved were quite professional.

Second, we proved that that quaint idea of “community” is still alive and kicking in America. For most of this millennium (starting with Robert D. Putnam’s famous work Bowling Alone), the collapse of social interaction in this country has been a given. The advent of online social media venues — Facebook, Twitter, Instagram, etc. — reinforced and accelerated the isolation of Americans, it was claimed. We supposedly holed up at home behind computers, largely eschewing actual human contact and social gatherings.

Many have done so, true, especially post-COVID. But perhaps rumors of the death of community have been greatly exaggerated. Just in my area of north Georgia, I have been involved with community theater in Rome, Cartersville and Canton in recent years. None of them was Shakespeare, but each saw a similar sort of communal spirit. Not just between actors, directors and stage technicians. But among the audiences who showed up to support the theater productions. Even during the peak of the first COVID wave. 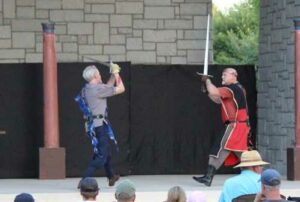 From Athens to Stratford-on-Avon

Finally, staging Shakespeare in particular not only helps defend the Bard from the “woke” barbarians who would cancel him. It preserves and reinforces a key plank of Western civilization. Theater as we know it was invented in ancient Athens. But it was perfected, we can safely say, in Renaissance England — by one William Shakespeare. His plays are, overall, “an affirmation of the principles of the Western world and a daring challenge to that civilization to embody its principles with more constancy.” This includes Christianity, which is key in many of Shakespeare’s works. To paraphrase one of Falstaff’s most famous line in Henry IV Part 1: “banish Shakespeare, and banish all the world!”

To restate another famous public figure — this a real one, however — I don’t believe that Shakespeare can really save the world. But I do think he has made it a better place, via his insights into, and expressions of, politics, morality, relationships, triumph and tragedy. And the more his plays are performed, and attended, the better it is for us both individually and collectively — as humans, and as a civilization. In such community performances of Shakespeare as outlined above, “I see some sparks of better hope” — as Henry IV said in an earlier play (Richard II, Act V, Scene 3) — for getting Athens and Jerusalem on the same pages. At least for the duration of a Shakespeare play.