"Iran will be the first Islamic nation that turns to Christ," says Iranian evangelist Hormoz Shariat. 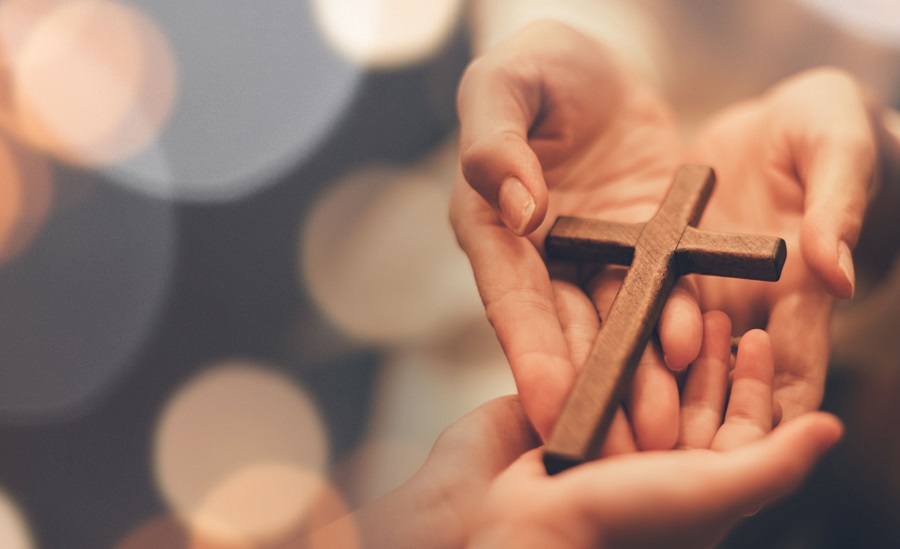 “There is revival in Iran. Iran will be the first Islamic nation that turns to Christ,” Hormoz Shariat told The Stream at last month’s Christian Media Convention in Grapevine, Texas. “It’s already happening.”

Every day Shariat hears about visions, dreams and miracles and about Muslim Iranians becoming Christians. That Iranians would question Islam is unusual. “That’s a supernatural spiritual freedom that God has brought to Iran.”

Most Iranians already believe that Jesus is a miracle worker, as that is part of Muslim belief. Their faith in Jesus’ miraculous healing power is strong, sometimes stronger than Christians’ — especially those in America. Iranians receive miracles because they believe and expect to see them, explained Shariat.

But Muslims are in bondage. “They’re slaves to this dark spirit, Islam, and [Jesus] wants to release them, set them free. And miracles are a part of that when you’re in bondage, just like [when] the Israelites were in bondage in Egypt.”

The man some call “the Billy Graham of Iran” was born into a Muslim family in Iran. He came to the United States after the Islamic Revolution of 1979. Shariat accepted Christ while earning his Ph.D. in Computer Engineering as a graduate student at USC in 1980.

A few months after he accepted Christ, the Islamic government executed his 16-year-old brother, Hamraz, for a minor political charge. He didn’t even have a trial. Shariat, hurt and angry, wanted revenge. However, he heard God tell him, “No! Revenge is mine.” After reading 1 Peter 2:9, Shariat recommitted his life to the Lord and dedicated his life to sharing the Gospel.

In the mid-1980s, Shariat and his wife, Donnell, prayed, “Lord, use us to save Iran!” They prayed that God would use them to help a million Muslims come to Christ.

Shariat uses satellite TV to broadcast the Gospel in Iran and the Middle East 24/7 from his Dallas, Texas, studio through his organization Iran Alive Ministries. He shared the story of a man who called the ministry to tell Shariat about the miracles he’d experienced. The man had a monotone voice as he described miraculous healings. He was healed from a condition with his liver. The doctor told the man he didn’t need any more medicine. “Oh, Jesus! Hallelujah! Jesus heals!” Shariat exclaimed when he heard it.

But the man showed no emotion and became frustrated with Shariat. “Pastor Hormoz, why are you so excited? Have you read your Bible? You should expect it. It’s there.”

“Sometimes I feel these days if you want to see Jesus, you’ve got to be Muslim,” Shariat told The Stream. Perhaps miracles happen in Iran because it is closed to missionaries and has no open churches, save a few home churches. “And if you attend an underground church, you will get 5 to 10 years in prison,” he explained. “So, we cannot go there, but we can go there through the media. We use media to not just evangelize, but to teach [and] help the underground church.”

Shariat has been on the air for 20 years, broadcasting to Iranians. But 2020 has been the most phenomenal in terms of souls saved. “Last year, the number of salvation[s] jumped 10-20 times. So, actually, 29% of all salvation in the last 20 years came last year. And this year is even more.”

He believes that COVID prompted people to stay home and watch his show. “We had all of these viewers and the numbers have jumped.”

Another reason is that last year, Shariat decided to equip and encourage his viewers to go out and evangelize. Shariat trained some of them. “We released an army and they are not stopping. They are going out.” Three out of five souls saved since last year (related to his ministry) were saved through the people he trained.

Shariat wrote about the spiritual awakening, including biblical prophesy about Iran, in his latest book, Iran’s Great Awakening: How God is Using a Muslim Convert to Spark Revival. He wrote it because many people do not know what God is doing in Iran. Shariat wrote about his own spiritual journey, which has had a lot of drama. “But God has been faithful in my life and brought me through. And every drama, everything happened, He turned it to be a blessing to me.”

The American church can learn from the Iranian church. “We need their courage. We need their example of obedience, trusting God, being passionate for God, because we get comfortable in the West. Then we lose that passion. We lose that determination that ‘I will live for Christ, no matter what.'”

Shariat asks for prayer for people to help. “I pray [for] that more than finances. … So, please pray qualified people can join our team or as partners, ministry partners, that can serve Iran, and transform Iran into a Christian nation. Maybe soon.”