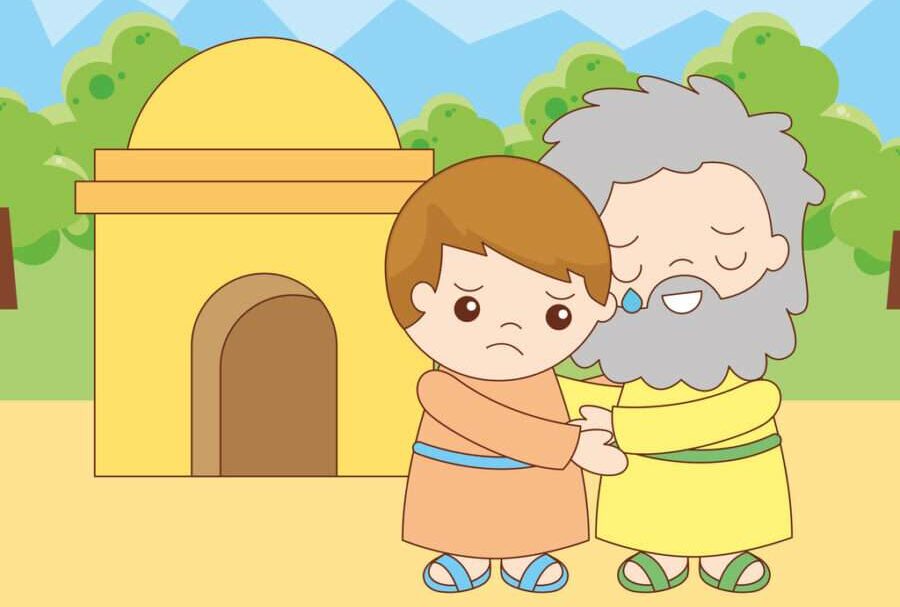 There are many sides to the question of the federal government transferring student loan debt, from the college-educated people who freely agreed to borrow it, to mostly non-college-educated taxpayers who didn’t. People who soon will face 87,000 new armed IRS agents recruited for their willingness to “use deadly force” to extract that cash they never borrowed.

Well, not that many sides, once you put it that way.

Squeezing More Grain Out of the Kulaks

Biden’s latest lucid moment is a naked political payoff of white-collar voters conducted by prying the gold fillings from the mouths of our surviving blue-collar citizens. It’s more grain squeezed from the kulaks by the Bolsheviks, to fund their deranged ideological experiments.

And one more nail in the coffin of personal responsibility, property rights, bourgeois morality, and all the other virtues that separate the United States from countries like Venezuela and Haiti.

Our Marshall Plan for Ukrainian Oligarchs and Military Contractors

On the other hand, it’s worth pointing out that the Republicans have their own form of payoffs, which most of our lawmakers indulge in at every opportunity. The difference is that (these being Republicans), the payoffs don’t benefit GOP voters at all (whom Republican elites hold in fierce contempt). They benefit GOP donors.

So both sides play this game, albeit by different rules.

March Them Into the Rice Paddies

A real, hardball conservative approach to solving the student debt crisis would be to use it to gut and destroy the universities and colleges, which are mostly enemies of everything America ever stood for, of Christianity, and even of simple sanity.

Our government ought to fund any such cancellation of student debt by collecting every penny instead from the schools. Target the vast, tax-free endowments of once-patriotic colleges like Yale, once-Christian universities like Georgetown and Duke, once-sane little colleges like Oberlin. Shake them down for the money they hoovered in from the taxpayers and spent on climbing walls and diversity officers.

Apart from their STEM departments, universities add nothing to the nation but ideological poison. It would better if all other programs simply closed. We could resettle the unemployed Queer Theory and Marxist history professors on unused federal land, for them to subsistence farm. March their useless administrators into the rice paddies, as the Khmer Rouge did back in the 1970s. The fresh air will do them good.

Yes, yes, it would be wonderful to restore a traditional liberal arts curriculum that once uplifted America’s middle class. But that’s not going to happen, any more than the meat that rotted in your refrigerator is going to reverse itself and become edible. Our educational system is poisoned beyond redemption. It’s time to throw it out, maggots and all. Then start from scratch.

Perverting the Gospel to Own the Republicans

All those points are important, and merit columns all their own. But here I’d like to address something even more significant and alarming: the hijacking of the Gospel, and the words of Our Lord Himself, to serve this latest vote-buying scam by baby-killing Democrats. Here is just one representative instance:

Imagine saying that we must take scripture literally, then grumbling when people’s debts are literally being forgiven.

Forgiving your son who ran away from home to blow his inheritance and celebrating his return with a big feast is a slap in the face to the sons who faithfully stayed by your side the whole time!

Reading this kind of thing might help you forgive Friedrich Nietzsche, assuming that the Christianity to which he was exposed was this sentimental and foolish, this keen to degrade supernatural mysteries to serve venal political purposes.

Just in case you’re encountering such IQ-95 intellectuals as these, dragging scraps of the Gospel through the muck of Democrat pandering, I thought I’d offer a brief theological analysis. Let’s look at the parable progressive Christians are hijacking at the moment, that of the Prodigal Son.

All That Is Mine Is Yours

You know the story, from Luke 15. A reckless young man demands of his father his share of his inheritance — to which he’s not yet entitled, since … his father’s not dead. The father gives it to him, and remains at home with his other, faithful son. The prodigal squanders the money, ends up in a pigsty, and repents his terrible choices.

He returns and begs not for a place once again as a son, but a job as a servant. He does not march back in protest, demanding his old niche back as a matter of “justice,” as student debt deadbeat advocates like to do.

The father embraces and welcomes him, and throws a party. He doesn’t take him back out of political calculation, to buy his support.

The elder, faithful brother is resentful, thinking that his own hard work and loyalty are being scorned. The father tries to reassure him, and convince him to also rejoice.

And here is where we come to the most important words in the story — words that no Progressive Christians ever seem to notice. What does the forgiving father say to his disgruntled, faithful son? These words of perfect justice, combined with mercy:

Let’s meditate on those words, “all that is mine is yours.” What do they literally mean? That the father is not unjustly depriving his faithful son of a single drachma of his inheritance, to reward the evil decisions of the errant, returning son. (Which is what Biden is doing by taking taxes from blue collar Americans to pay off college loans.)

The First and Worst Christian Heresy

The father (who represents God) is not choosing the penitent sinner as preferable, not slaughtering the 99 sheep to feed them to the lost one. If Christianity taught nonsense like that, it would be an inversion, a total cancellation, of the Law which Jesus said He came to fulfill, not to abolish.

That’s not Christianity, but Marcionite heresy, which teaches that Jesus is the enemy of His Father, come to liberate us from a wicked and cruel Covenant taught by the nasty, self-righteous Jews.

Embracing the first and most egregious doctrinal perversion in the history of the Church seems like a high price to pay just to score a cheap political point in defense of Joe Biden. But I’m not surprised to see people do it. Folks are selling their souls these days for pennies on the dollar.