The War on Christ at Christmas

Think there's a war on Christmas? This side of it's worse yet. 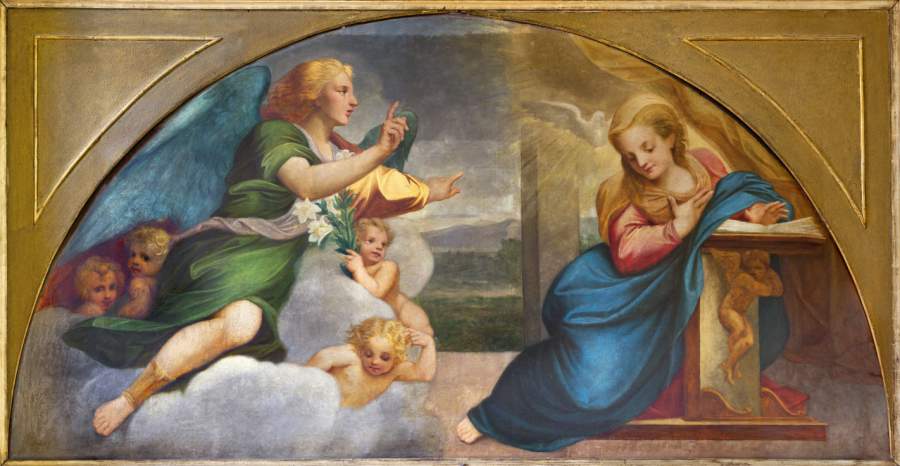 There’s another war being waged against Christmas. We’re familiar with the ongoing battle to shunt it off into oblivion — other than the commercial side, which continues merrily onward under other names. That’s bothersome, but when it’s a war on Christ, it’s even worse.

Gear up. This won’t be pleasant.

Dr. Eric Sprankle, professor of psychology and sex therapist, at Minnesota State University, Mankato, says the Virgin Birth account is about “an unethical abuse of power at best, grossly predatory at worst.”

The problem, says Sprankle, is that “the virgin birth story is about “an all-knowing, all-powerful deity impregnating a human teen. There is no definition of consent that would include that scenario. Happy Holidays.”

The virgin birth story is about an all-knowing, all-powerful deity impregnating a human teen. There is no definition of consent that would include that scenario. Happy Holidays.

(I need to warn you, there’s worse to come.)

Mary Rejoiced in the Lord — But Sprankle Missed That

There’s so much wrong with that, starting with misconceptions of God’s sovereignty and ending with Mary’s magnificent song of thanksgiving, known as the Magnificat, Luke 1:46-55, beginning,

My soul magnifies the Lord,
and my spirit rejoices in God my Savior,
for he has looked on the humble estate of his servant.
For behold, from now on all generations will call me blessed;
for he who is mighty has done great things for me,
and holy is his name.

Mary was well aware of the difference between God and herself. And she overflowed with thankful joy.

Sprankle also omitted the Annunciation (Luke 1:26-38), where it’s clear that Mary knows who is God and who isn’t; and who gratefully accepts the gift given her, in advance.

I suppose Sprankle would say she was taken in, that she was in essence a foolish female. That, though, would be both re-writing the account to suit his own storyline, and denigrating women in general.

But this is what some people do, who hate God and His Son. I’m not speculating here. Campus Reform reports that Sprankle celebrates the holiday with Satanic imagery.

Then there are the atheists — God-haters, certainly — who created this Christmas (?) postcard: I need not dwell on what’s wrong with that. There’s way too much of it, and it’s way too obvious.

The “War on Christmas” we’ve been hearing about for years is a war on a holiday. This one is different: It’s war against Jesus Christ. Not that he didn’t expect it or predict it.

Interestingly, though, neither of these examples work if you know the whole story. Sprankle overlooked inconvenient facts that would prove his point wrong. (And Twitter overlooked the anti-Christian offense, but that’s another story.)

The atheist postcard writers ignore the angel’s announcement to Joseph, not to mention almost everything else we know about the account. There were miracles — many of them! — and we’re not the least bit embarrassed to own them. But that wasn’t one of them.

So these attacks on Christ and Christmas all bank on ignorance. They make it appear there’s something wrong with the story, by leaving out the parts that show that they’re the ones who’ve read it wrong. This reveals how we must respond: Let’s tell the story. Don’t assume everyone knows it. Set the record straight.

Equipping, Not Anger, Is the Right Response

The war on the holiday began as a trickle, and grew. It abated some when Christians pushed back on it.

I see this direct war on Christ beginning as a holiday trickle like that one. I expect we’ll see it grow, too, over the next two to five years. In other words, you may not have run into anti-Christian messages like this already, but you probably will.

It’s worth knowing about these things, so that we can respond in wisdom, grace and knowledge (Col. 4:6). Some people hate Jesus; that’s their tragedy. They’re influencing others; that sets up our responsibility. So the point isn’t to get angry, even though these messages are outrageous and hateful. The point is to equip ourselves speak the truth in love (Eph. 4:15).