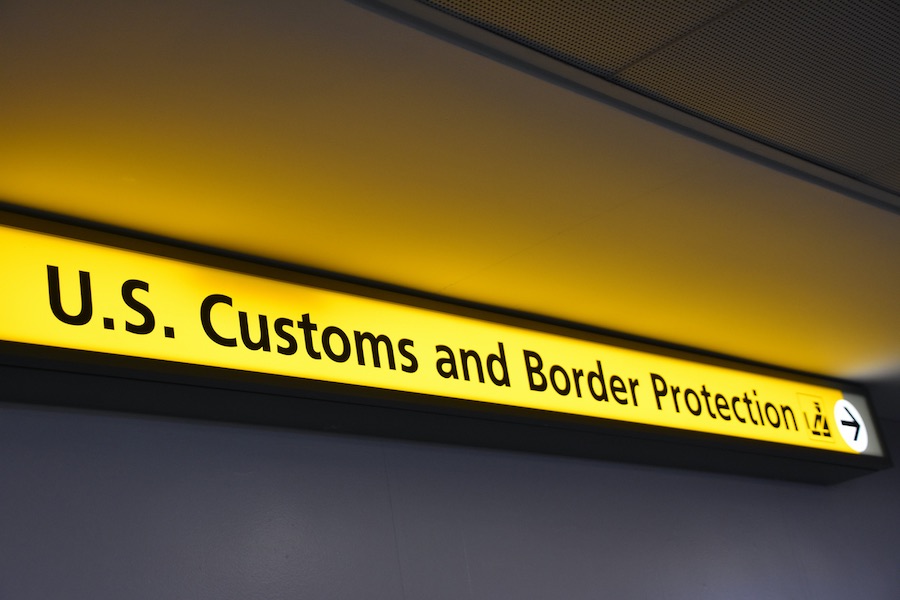 The Supreme Court is looking at the border wall question again. Democrats have said the wall is “immoral, ineffective, and inexpensive.” In Thursday night’s debate, the border focus was on cages. (Joe Biden didn’t come out looking so good on that.) What about the larger moral question, though? Not the wall, not the cages, but open borders?

Let’s recall a few years ago, when long parades of hopeful migrants were streaming north. Nancy Pelosi told us then that a wall is “an immorality, it’s not who we are as a nation.” She wasn’t just talking about a physical structure, she was talking policy. The pope agreed emphatically, saying it was “not Christian” to keep out migrants. A Christian should think about “building bridges,” he said.

Biden doesn’t go that far, but he does intend to reverse most of Trump’s border policies, specifically to “restore our moral leadership.” Apparently there’s some moral stain here that Trump supposedly carries into this election. What kind of stain is it, though? Is there something immoral about solid border control?

The answer to that isn’t that hard, actually. Let’s look at three levels of sharing, and consider both their morality and their effectiveness.

At the first level, individuals sacrifice their time and their goods to help others in need. I have seen this done magnificently through a Christian humanitarian organization called “Unto” (formerly Global Aid Network). Volunteers take part at every stage, from collecting and packing goods to delivering them personally to smiling faces all over the world. (Life Outreach International, The Stream’s parent organization, has similar outreach initiatives in place, though I haven’t had the chance to enjoy such an up-close look at them.)

At Level One it’s all voluntary. It is almost completely a moral decision for the one who gives, and (mixed motives aside) a good one.

That in itself doesn’t make it wise or effective. It’s possible to see one need and miss a greater one elsewhere, for example. Morality and wisdom are two different things, so it’s possible to have one without the other. Otherwise the moral status of Level One giving is quite clear. And quite good.

Level Two sharing is the type favored by liberals and progressives everywhere. It’s about taxing the well-off and distributing it to the needy.

So, what’s the moral status at Level Two? Let’s grant for the sake of argument that its proponents’ main motive is to help the poor and the hungry. That makes it a moral matter, too — but whose morality? The taxpayers’? Hardly! They’re the ones doing the “giving,” but not by choice.

The Bible never says, “God loves a cheerful taxpayer.” In fact the real message at 2 Cor. 9:7 couldn’t be more different: “Let each one give as he purposes in his heart, not grudgingly or under compulsion, for God loves a cheerful giver.” There’s no moral worth involved in Level Two “giving.” It’s totally lacking.

What then about its effectiveness in meeting needs? I’ll surprise my conservative friends and admit that sometimes the government gets it right. Sometimes. Not every government dollar spent is an absolute disaster. I’ve benefited myself at times, and been grateful for it.

A lot of it is misspent, though. If it’s true that individuals, churches, and mission agencies can send money where it’s not most needed, it’s also true that governments can do the same thing even better. (Or worse, depending on how you look at it.) I don’t need to dive into examples. I think we all know that government spending has a sad and far-too-frequent record of doing more harm than good.

Level Three: Let Them Come and Take It From Us

Level Three sharing tops that, though. Level Three is what we get with seriously progressive border policy: No walls. No enforcement. Let people come in for asylum, but define it as loosely as possible, so everyone qualifies.

It looks like good, gracious giving on the surface. These people are hurting. They’re needy. America has opportunities, we’ve got food, we’ve got money, we’ve got education. How we can deny them access to it?

It looks like morality, sure. But it’s actually a travesty. There’s no voluntary giving here, as in Level One. There isn’t even any Level Two involuntary giving. There’s no giving at all! It’s taking, not giving. And anyone can do it. “Come on in and take it. Anything you want!”

Progressives will try to tell you this is “America” giving. They’re wrong: America never gives, only Americans do.

Almost never, anyway. I can think of one exception. If enough Americans united to say, “We want to give,” and if we all pitched in on it together, we could call that “America” speaking, and “America” giving. That might even be a decent description of some of our foreign policy. That has nothing to do with immigration policy, though. We’re not united in it, and we don’t all pitch in with the giving that happens.

This Is Not Christian Giving

Acts 20:35 tells us a saying of Jesus’ that wasn’t recorded in the Gospels: “It is more blessed to give than to receive.” Who knows? Maybe there was even more that got left out. Maybe Jesus really said, “Sure, I told you it’s more blessed to give than to receive, but honestly, folks that’s nothing. You want a real blessing? It’s yours, as long as you live someplace where the government makes you keep your doors open, so that anyone who wants what you’ve got can waltz right in and take it from you.”

But this “morality” is really no morality at all — not unless Jesus taught his disciples to waltz.

I’ll admit it: “waltz” is a bit anachronistic there. That’s just the beginning of mistakes in that imagined saying, though. To give can be very moral. Being forced to let people take things from you is just intolerable. Even where Jesus says (per some interpretations of Matthew 5:38-42) we should give freely to people who want to take from us, the action word there is still “give,” not “take.” And it’s still voluntary.

Level One giving can be wise or unwise, effective or ineffective. Level Two can, too. Level Three? It’s a mess. Totally worthless, with respect to wise humanitarian distribution. Who decides who gets the goods? The people who think they can come in and grab them. That’s not exactly morally targeted giving. If anything it’s committing the immoral act of encouraging others to take.

Joe Biden isn’t arguing for open borders, but some of his Democrat colleagues come awfully close to it. Alexandria Ocasia-Cortez says illegal immigration (my term, not hers, obviously) is “innocent people … pursuing their basic human rights.” She says it’s wrong of us to make them to remain in Mexico. She frames it in moral terms. The pope did, too, even more so.

But this “morality” is really no morality at all — not unless Jesus taught his disciples to waltz. It’s inviting people to come in indiscriminately and take from us. This is not giving. It’s not wise, and it’s not effective in humanitarian terms.

Cardinal Müller: ‘This U.S. Election Will Decide Who Rules the World, Democracy or Communism’