The Night Also Belongs to the Lord

How dancing in clubs in the 80s brought me closer to God. 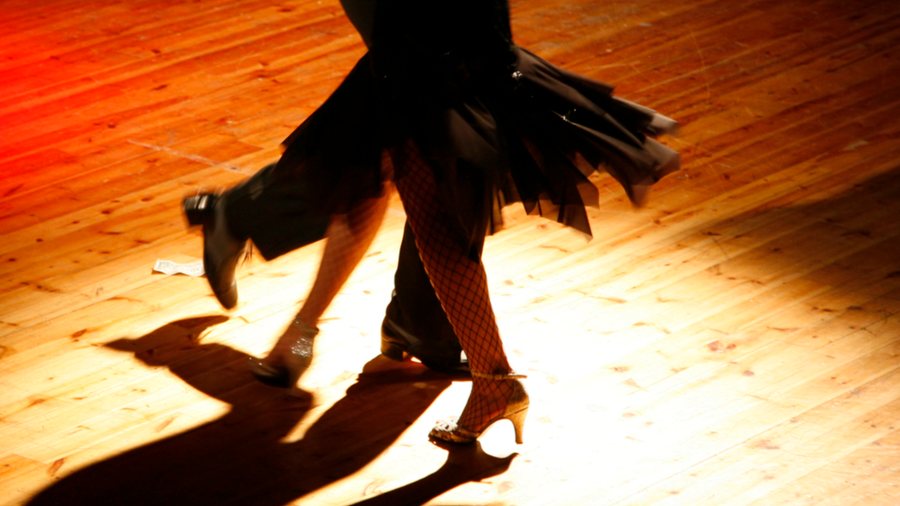 I recently reconnected with an old friend whom I’ll call Jane. In the 1980s when we were all young Jane owned a bar in Georgetown. We loved to go out to see bands or “clubbing,” dancing at the clubs that would play the latest songs.

Jane and I talked about the glory days, the otherworldly bliss, of clubbing. This was before the modern era, which is constantly interrupted by phones, streaming services, and TV screens (even at the gas station). People are too distracted to wade into the river of the mystical for an extended period of time to connect with God. There are just too many interruptions.

We also talked about Jesus. Jane informed me that she is now a full believer in the Lord. We eased into that conservational space that Christians have where they can use short cuts. We know how each other feels about love, marriage, sin, the devil. We don’t have to spell it out. It’s like gaining a new sister.

Dancing — An Expression of the Soul

Then something interesting happened. Jane and I both found ourselves insisting that Jesus was with us in our younger days even as we hopped from club to club having drinks (we were legal) and moving to the latest hits in the semi-darkness of the dance floor. Dancing was a space where politics could not and should not intrude. Of course, this was 1980s dancing, which was the picture of innocence compared to “twerking” and other gross dances of the postmodern era. Dancing was a way for your soul to express happiness, joy, and delight in the Lord. In Exodus 15:20, Miriam, the sister of Moses, dances with other Israelite women to praise God.

In a previous piece in The Stream about the nature of fun, I cited the wonderful book On the Unseriousness of Human Affairs by Father James V. Schall, who was a legendary Jesuit and teacher at Georgetown University. Schall argues that dancing, gardening, bike riding and other seemingly unimportant activities are ways of acknowledging our mortality and the limits of what we can do in our time on earth. “The governance of God over His creation, His ability to bring it to its end, does not depend on the affairs of men, though it does include them,” Schall writes. “He is present in our tragedies and our elations. The Cross is, as à Kempis said, a ‘royal road.’”

In this sense, something like going out dancing, with its acknowledgment that not everything is politics, can be more important than making a speech on the floor of the United States Senate. While it’s true that night life can be the realm of danger and alcohol and crime and drugs, it is also the soulful place where one can connect with the heart of God. As St. John of the Cross put it, “In the dark night of the soul, bright flows the river of God.”

The Invisible Light of God — in the Darkness

It’s true — the night also belongs to the Lord. Or to elaborate further, there is a wonderful essay by theologian Carl McColman, who examined the teaching of the Christian mystics that the night, like everything else, is ultimately under the law of God:

It’s important to draw this simple yet essential distinction. The Bible’s seeming dualism between light = good and dark = bad is operating on a strictly human level. But on a more truly divine level, all dualities fall away, and light is filled with the light of God, and so too is darkness filled with the (invisible) light of God. The mystics intuited this, so in their halting attempts to give voice to God’s beauty and wonder, they wrote of finding God even in the dark night, the cloud, the darkness filled with a light so radiant that it dazzled the eyes.

The Deadly Enemy of Joy

This zone of the night is illuminated with romance and beauty and God. That is probably why I reacted so strongly to those who would take that and every other private space and move it under the watchful nose of the state. As my new book explores, the new resentful and punitive left, like the German Stasi, is intent on eliminating all human suffering and all fun and will not rest until it builds the perfect Communist New Man.

The left is the deadly enemy of joy. This is why Adam Kinzinger recently made fun of Lauren Boebert for dancing. You can’t attain Utopia if people are dancing and skateboarding and gardening and racing mini-bikes and having keg parties; it’s much more important to police dance clubs and censor jokes.

In his book Burning Down the Haus: Punk Rock, Revolution, and the Fall of the Berlin Wall, Tim Mohr explores how the postwar German Stasi harassed, monitored, and beat punk rockers. As I once noted in The Stream, it’s telling how many times the word “fun” is used by the anti-Stasi punks to explain what they were doing. Between 1981 and 1985 one of the most popular bands behind the Iron Curtain was Wutanfall (“Tantrum”), a Leipzig six-piece who, Mohr writes, “represented a loose but dedicated opposition to the state.”

The Presence of God on the Dance Floor

When I was living near Georgetown University in the middle of the 1980s, it was possible to go out at night for several hours, meet dozens of people, and not know what any of them thought about politics — the state had no place on the dance floor. It’s where I always closely felt the presence of God. I was in the middle of Washington, D.C., yet Capitol Hill might as well have been on the moon.

A Calm for Christmas