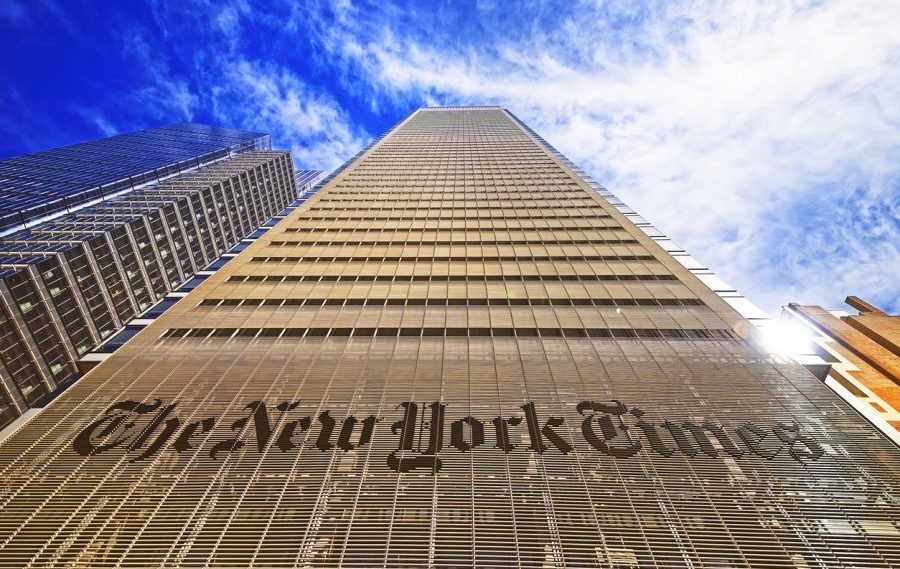 My nephew has crafted his own rum. On Wednesday night I got to taste a teeny bit. I could have chugged the whole flask, and my head wouldn’t have been spinning nearly as much as The New York Times was Wednesday, with its breathless account of the upcoming DOJ IG Report on the FBI’s surveillance of the Trump campaign.

Here’s their subtitle: “The F.B.I never tried to place undercover agents or informants inside the Trump campaign, a highly anticipated inspector general report is expected to find.”

Those dumb Deplorables have been hoodwinked by Trump. The rest of you smart people can eat your turkey leftovers in peace, knowing the allegation Trump was spied upon was, of course, a lie. In fact, you can stuff this fact in your MAGA hat-wearing cousin Alfred’s face along with grandma’s pumpkin pie.

Only one problem: The New York Times’ own article says the opposite!

When is a Spy Not a Spy

First, whoever is leaking about the unreleased report from DOJ Inspector General Michael Horowitz isn’t doing it for your edification. People covered in the report have gotten a look at the report. And someone’s rushing faster and harder than Ezekial Elliott to put the best possible face on it. And NYT, which sang the Trump-Russia Collusion Song louder than they ever sang the National Anthem, is eager to oblige.

And so The New York Times is playing word games. No, they tell us, the FBI did not put anybody “inside” the Trump campaign. They just ran informants and spies on people who were with the campaign. Feel better?

A former Cambridge professor with a history of involvement in dirty political tricks, Stefan Halper, was assigned by the FBI to work over (at minimum) low-level Trump campaign advisers George Papadapoulos and Carter Page while they were with the campaign. Pump them for what they knew about Trump-Russia connections. (Zero, it turns out.) Halper was paid hundreds of thousands of dollars by the Department of Defense’s Office of Net Assessment. That office is now under investigation by U.S. Attorney John Durham.

The NYT says Halper wasn’t alone. Working with Halper in spying on Papadapoulos was an undercover government agent named Azra Turk. She was introduced to Papadapoulous as Halper’s assistant. The NYT has said she was “sent” by the FBI. But the Daily Caller News Foundation noted in May how NYT reporter Adam Goldman cryptically suggested to CNN that Turk might actually be working for another U.S. intelligence agency.

Young George got suspicious of the pair when they kept bugging him about Russian cyber activities. George is an energy guy. He also claims Turk tried to seduce him.

So, according to The New York Times’ own story, at least two spies are collecting information on two Trump campaign advisers for the FBI — but hey, this is not the FBI spying on the Trump campaign, right? An FBI counter-intelligence investigation launched by people who detested Trump with every fiber of their being … and had just let Trump’s opponent off the hook after she exposed national security information.

No, says the NYT. Nothing sinister. This is “typical law enforcement activities.”

Nobody Says He Was

Conservative Treehouse picked up another bit of game playing by The Times. The Times writes:

Mr. Horowitz will also undercut another claim by Trump allies — that the Russian intermediary who promised dirt to Mr. Papadopoulos, a Maltese professor named Joseph Mifsud, was an F.B.I. informant.

Responds Conservative Treehouse: “This obfuscation is really silly. No-one has ever claimed Mifsud was an FBI informant. The concern has always been Mifsud was a western intelligence asset, perhaps CIA.”

And for the record, the Times is being openly deceptive when describing Misfud as “the Russian intermediary.” That was the original claim out of the FBI. But even the Mueller Report could not demonstrate Misfud worked with the Russians.

Nobody Said They Did

The report is also expected to debunk another theory of Trump allies: that the F.B.I. relied on information to open the investigation from a British former spy, Christopher Steele, himself a onetime bureau informant who compiled a dossier of damaging, unverified information on Mr. Trump.

Why did Conservative Treehouse put “open the investigation” in bold? Because nobody says the FBI used the Steele dossier to “open” the investigation on Trump. The FBI keeps telling us it was opened because of what Papadapolous told Australian diplomat (and Halper pal) Alexander Downer about Russia having dirt on Hillary. Gossip he got, not incidentally, from Joseph Misfud.

The Steele information was used to get the FISA warrants after the investigation had been opened up on Trump.

So What of the FISA Warrants

The Times admits it has not seen the report, but according to their source, Horowitz isn’t going to question the validity of the FISA warrants taken out on Carter Page. Instead …

Mr. Horowitz concluded that the F.B.I. was careless and unprofessional in pursuing the Page wiretap, and he referred his findings in one instance to prosecutors for potential criminal charges over the alteration of a document in 2017 by a front-line lawyer, Kevin Clinesmith, 37, in connection with the wiretap application.

So, they were careless, unprofessional. They doctored documents to the point someone may face criminal charges. The warrants argued that Carter Page was a Russian agent. Though he’s never been charged. Though just months before the warrants, the same FBI was saying the same Carter Page had been a trusted witness in another case involving Russians. And those warrants, by claiming Page was actively working with the Russians, allowed the FBI to gobble up all his past communications and the communications of those people … meaning the Trump campaign. With those lapping up the information being people desperately creating an “insurance policy” in case he won.

Nothing to see here, folks. Head over to WalMart for Black Friday, you smelly Deplorables.

What Horowitz Report Will Show

So, what will the DOJ Inspector General report show when it is released December 9?

Understand that The New York Times is putting the best spin it can on the information it has, from sources with a vested interest in downplaying the findings. So we can safely assume Horowitz’s report will contain an absolutely devastating fact pattern.

Even what The Times and earlier leaks have revealed is sickening. The Obama FBI ran spies at Trump campaign officials during the 2016 election, on the flimsiest of excuses. At the same time, they ignored Hillary Clinton’s more extensive Russia ties and used her Russia and Ukrainian sourced dirt to generate warrants on the Trump campaign. Period. No cute word games can hide that. Only Trump Derangement Syndrome can prevent the mind from being sickened. At the political sabotage. The abhorrent double standard. The abuse of power for political ends.

But if you are expecting the Horowitz summary to condemn the Obama Justice Department and FBI, you’re likely in for a letdown. The tale will be hidden in the details.

End of the Games Ahead?

If Horowitz’s report on the Clinton email investigation is any guide, he’s something of a hometown ump. Close calls will go the Department’s way. If an action by an agent — taken in isolation — is within the broadest range of acceptable actions, Horowitz will give it the okay. He’ll give the agent or the action the benefit of the doubt.

At the time, I counted up 21 instances when Horowitz gave the benefit of the doubt to an action taken by agents in the Hillary case. Each one of those actions benefited Hillary Clinton. The odds of 21 coin tosses in a row coming up for Hillary are 1-in-2,097,152. But Horowitz could not prove political motivation.

Should we expect any different this time? Same IG. Same DOJ. Same FBI. Same 2016 Election. Heck, the same agents, particularly Peter Strzok. And the same FBI and DOJ bosses under the microscope.

The only difference? This time out, Michael Horowitz’s findings end up on the desk of Attorney General William Barr and in the hands of U.S. Attorney John Durham. And we know that they’re not playing games. Unlike The New York Times.