The Movie Hollywood Elitists Don’t Want You to See

You're not supposed to care what happens to Deplorables like those in "Hillbilly Elegy." 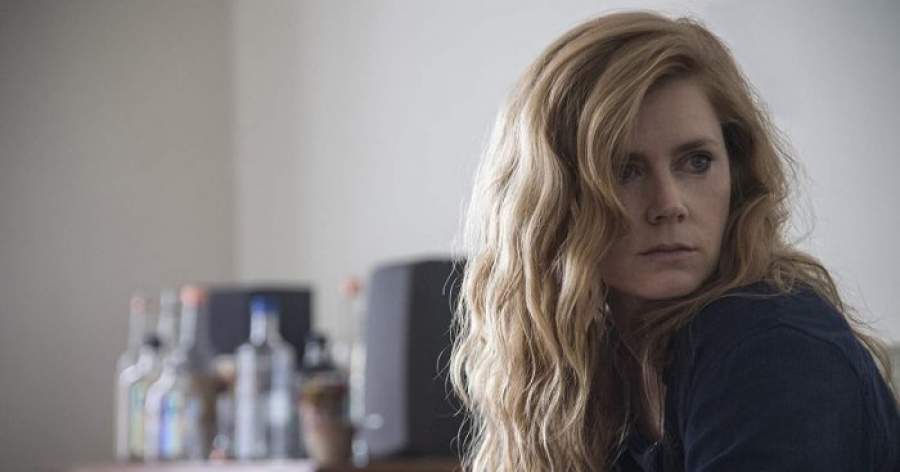 Amy Adams, one of the stars of "Hillbilly Elegy."

Ron Howard’s new film, Hillbilly Elegy (2020) has been receiving a lot of negative reviews. It opened in theaters on November 11, and has been streaming on Netflix since November 24. According to the critics, it’s too melodramatic, or lacking in substance. Or it doesn’t show the proper social and political implications. Or quite simply, it’s far too emotional. On the other hand, the film has been a great success among audiences — regular people. They reacted favorably to the story of a family caught in an emotional and existential crisis. It’s based on J.D. Vance’s 2016 memoir. That book of the same title delves into his family’s relation to one another as well as America at large.

By now, everyone is familiar with the story. J.D. is a young man who grew up in Middletown, Ohio, in poor and dire circumstances filled with uncertainty, addiction, and abuse. His mother’s family comes from Kentucky’s Appalachian region. Despite living in Ohio, J.D. palpably feels the values that accompany such a family, namely loyalty to the family as a whole. In fact, at the beginning of the film, we see a series of family photographs going back to the settler. This is a first sign that history, both personal and collective, matters greatly. These are Americans through and through, devoted to God and country.

Howard makes use of flashbacks between a teenage J.D. (Owen Asztalos) and older J.D. (Gabriel Basso). Young J.D. is experiencing a constant onslaught of verbal and physical abuse from his mother, Beverly (played by Amy Adams). He enjoys moments of rough tenderness from his grandmother (Beverly’s mother), or “mamaw,” as he calls her, played brilliantly by an almost unrecognizable Glenn Close. The older J.D. has made a new life for himself, or at the very least is attempting to break the pattern of poverty and violence. He is at Yale Law School but still feels odd when trying to communicate with the “elites.”

As the film opens, he is at a fancy dinner party, where schmoozing is of the essence if you want to secure that prestigious summer internship. During the dinner, a call comes through. His mother has had yet another addiction episode. This time, she has overdosed on heroin. The dinner J.D. is attending is a wholly foreign affair to him. He might as well be from another country, not merely from another state in the same country. As much as securing a summer position is important to J.D., he is almost relieved that he has to go back to the land that bore him. It beats trying to have a semblance of a conversation with elite intellectuals and lawyers.

As he arrives, two worlds are colliding but not in a way that we might expect. J.D. is entirely frustrated by his family’s ongoing cycle of abuse, addiction, hate, anger, and poverty. He wants to make a better life for himself, yet he feels that he must help his mother, yet again. As we move between the younger and older J.D., we are witnessing a child that has been given a burden to carry. The sins of the mothers, if you will. Everything that is going wrong with his mother’s life (mainly, her addiction and numerous volatile romantic relationships) is firmly planted in J.D.’s lap. If it’s not J.D. that is to blame, then it’s mamaw. Beverly rarely takes responsibility for her own life, and this is addressed throughout the film.

Yet, Howard (and one would assume Vance in his book) doesn’t present this as a simple hero-villain story. Rather, every character is humanized, and as much as this kind of biographical approach to film allows it, Howard shows glimpses of their interior lives. Glenn Close, in particular, deserves every award possible for such an emotional portrayal of a woman burdened by her own past and the past of mothers and fathers. One who is still grasping toward the future, toward something better, something that may be beautiful.

One of the main criticisms of this film has been that it is too emotional. First of all, Ron Howard excels at creating such films, as seen for example in A Beautiful Mind (2001). He understands that if the cinematic and narrative movement is to remain intact, then that very movement must engage in dramatic effects. In this, he succeeds immensely, and his approach to the juxtaposition of two very different Americas is done with just enough flourish as not to become an exercise in kitsch or schmaltz. In fact, the film never becomes that.

Second of all, what exactly is wrong with emotion? Aren’t we all lacking in that these days? Everything is entirely political and ideological and Howard’s adaptation of Vance’s book is purposely choosing to tell a human story, rather than one relying on political or social categorization. Without a doubt, there are social and economic implications but that is not even remotely the center of this beautiful film.

Howard is not making a big statement about whether one America is better than the other, or even whether these people (who seem to be getting in their own way of possible success) are more noble or, on the other hand, should be ostracized. Rather, this film and this story is about our place in this world as we try to navigate through a history of violence and love.

Emotional? You bet! What else would you call a grandmother’s anguish, a mother’s disorder, a boy’s confusion?

In a world of such an incredible division, Ron Howard has succeeded in making a film that elevates the power of the human spirit and what that spirit is capable of, as well as what may bring about its destruction. We have become so used to seeing everything through the lens of politics and more than anything, of harmful ideology. We are unable to see the humanity in each other and ourselves.

It’s not surprising that as a society, we are incapable of standing face to face with ourselves or others, when all we do is engage in simplistic and anger-inducing categorizations and dehumanizations. Every nuanced emotion and thought has been turned into yet another dumb hashtag. Aren’t we all tired of that, or are we settled in our comforting existence of moving even further away from what it means to be a human being?

Emina Melonic is a film and book critic. Read her film blog, The Magic Lantern.