An interview with filmmaker Jason Jones 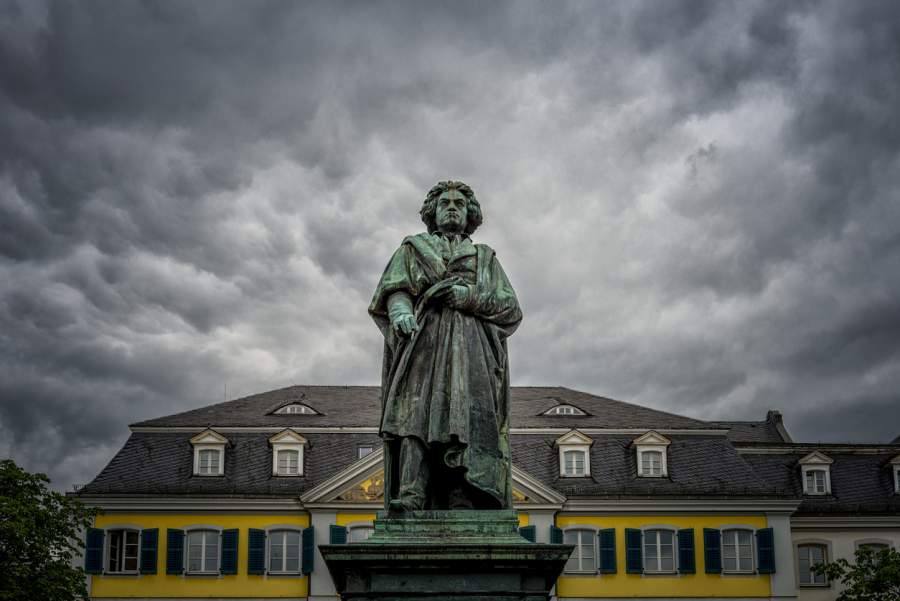 On the anniversary of the baptism of Ludwig van Beethoven (his birth date’s unknown) The Stream’s John Zmirak interviewed Jason Jones about a film he made in which Beethoven plays a key role.

John Zmirak: Today you’re promoting a powerful pro-life film you helped make, Crescendo, affirming the dignity and beauty of women in crisis pregnancies. Please tell us how it came about. Whose idea was it? Who wrote it?

Jason Jones: Eduardo Verastegui called me from France after a tour of Notre Dame Cathedral. He was so excited and said, “Do you know the Cathedral was built to last until our Lord returned? Can you imagine making a work of art that would last until Christ’s return?” My response was. “Let’s do it! Let’s make a work of art that celebrates the dignity of the child in the womb and her mother until our Lord returns.”

I got off the phone and shared the conversation with the co-founder of Movie to Movement, Jennifer Rueda. We spent the day at a whiteboard mapping out how we would make a film that would transcend time and culture. That meant three things:

I said, “We need to reach tweens and teens today, not just art critics 500 years from now. We need an executive producer that can reach that audience.” Jenny responded, “I just read in People Magazine that Justin Bieber’s mother has a huge tween following. We should ask her.”

After we had our template, we began pitching writers. We said, “If you can find a story and write a script about a universally loved hero, which exemplifies the dignity of the child in the womb, we will let you direct the film.” In Hollywood, everyone wants to direct, so we thought this would be a powerful incentive. Our friends started presenting us with scripts, but none hit the mark.

Then one day, Alejandro Monteverde and a young film student who was volunteering for him, Alonso Alverez, came into the office. They yelled, “We got it! We got your story.” The story came to Alejandro while he was out surfing. Alonso set off to do his research and write the script. It was better than we could have hoped.

What Hath Justin Bieber to Do With Beethoven?

Who helped you get it made? What was your role?

I was the lead producer. My job was to find the money and build and manage the team. Jennifer Rueda was the glue that held the project together. Leo Severino, Alejandro Monteverde, and Eduardo Verastegui ensured the set was run professionally. And that the film was beautiful. Alonso Alvarez Barreda proved himself one of the great young directors of his generation. Thanks to friends in the industry, we had world-class construction and art departments. Set design and wardrobe are equal to anything you have seen in big-budget Hollywood feature-length films. Montserrat Espadale’s performance was breathtaking. The childbirth scene is the best in film history.

From day one we had “Mother of Justin Bieber our EP” on the whiteboard. But because of my fear of failure, I never even attempted to reach out to Pattie Mallette. Then one day, I got a phone call from a friend of mine. She is a big movie industry publicist. I gave her a DVD with the rough cut of the film. She shared it with a friend of hers who loved the film and wanted to meet with me. 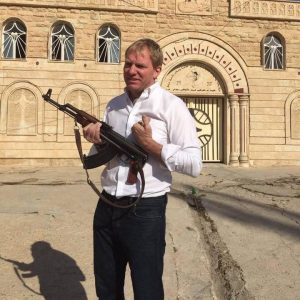 Jason Jones visiting with Kurdish fighters against ISIS in 2015.

A few days later, I drove across town to meet this fan of our film and discovered it was … Pattie Mallette, Justin Bieber’s mother. Her first words to me were, “I love your film so much. How can I help?” I responded with, “Will you be our Executive Producer.” I call this the Holy Spirit Action Plan. Thanks to Pattie’s help and tireless work effort, our film was featured on Ellen, The View, TMZ, and countless other shows.

The film resonated with Pattie because, as a young woman, she wrestled with suicidal ideation and then had an unplanned pregnancy. It was a local crisis pregnancy center run by the Salvation Army that assisted Pattie. Justin spent his first six months on this planet living with his mother in that pro-life center.

How did this film help women in crisis pregnancy centers? How much did it help?

We premiered the film at over 200 theatrical events. Each of these red carpet events was a fundraiser for pregnancy centers and women’s shelters. Eduardo Verastegui and I introduced the film, and Pattie Mallette did the fundraising appeal after the movie. The Crescendo events helped to raise over $6 million to serve vulnerable women and their children. Beyond the direct donations, Pattie appeared on countless radio and tv shows promoting the film and sharing pregnancy centers’ work.

You were able to get the film into major film festivals, without flagging it as a pro-life film. How was it received there?

Our film won over 30 major film festivals and several Oscar boosters. The quality and the beauty of the film and the script’s honesty clearly helped the film transcend ideology.

What’s the unifying theme of the film?

The takeaway from Crescendo is the human person is the most beautiful work of art in the cosmos. Nothing created is more beautiful than your neighbor. The vocation of motherhood is noble and glorious.

How can people make use of it to promote a culture of life?

Tell us more about your organizations, Movie to Movement and the Vulnerable People Project?

I founded Movie to Movement to share the human person’s beauty and dignity through the power of stories and film. The Vulnerable People Project is a program of M2M. We run influence campaigns to advance the interests of the vulnerable, from the child in the womb to the Uyghur in Chinese Communist Party concentration camps.