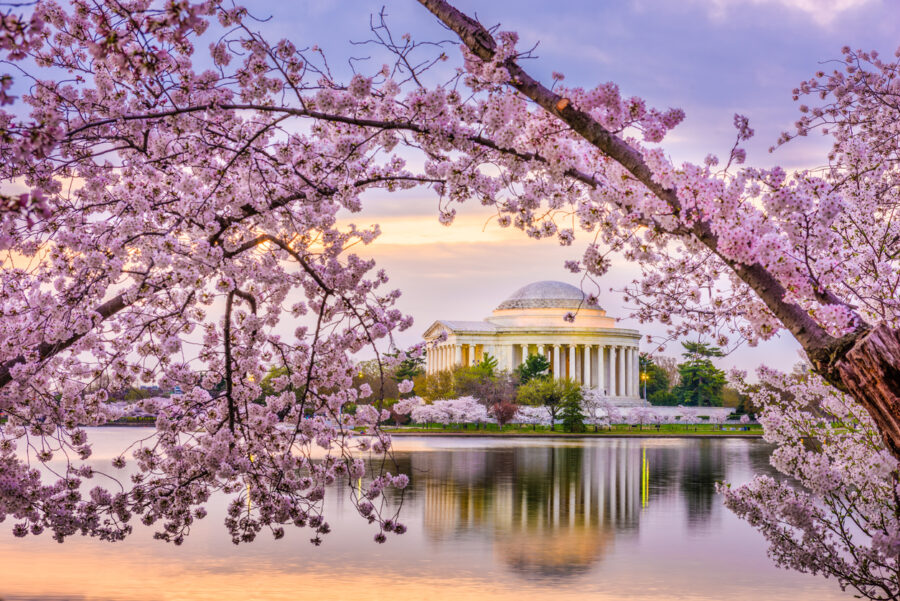 “This is the day the Lord has made; I will rejoice and be glad in it.” But what did the world make of the days the Lord made this weekend?

Biden Admits the Border Chaos is a “Crisis”

It was like squeezing orange juice out of a rock, but Joe Biden finally admitted Saturday in an off-the-cuff chat with reporters that the situation at the border is a “crisis.” Or more accurately, he used the word “crisis,” which the White House has been avoiding like Ebola.

“We’re going to increase the number [of refugees allowed into the country]. The problem was that the refugee part was working on the crisis that ended up on the border with young people,” Biden told reporters. “We couldn’t do two things at once. But now we are going to increase the number.” But not this year. Biden is capping the number of refugees 15,000 this year … the same number Trump had set. AOC is not pleased.

Meanwhile, former President George W. Bush weighed in on immigration in a new op-ed for The Washington Post. Bush called for a “secure and efficient” border, but also a pathway to legalize those here illegally.

Bush wrote to plug his latest book of paintings, Out of Many, One: Portraits of America’s Immigrants. The politician-turned-artist says, “I set out to accomplish two things: to share some portraits of immigrants, each with a remarkable story I try to tell, and to humanize the debate on immigration and reform.”

The book is out Tuesday.

Al’s bright idea for the morning:  Finish the wall and hire Bush to paint a mural.

Is Aunt Maxine a Pyro?

Maxine Waters must be a pyromaniac. How else to explain the California Rep showing up in the tinderbox of Brooklyn Center, home of days of rioting after the police-involved shooting death of Duante Wright and pouring more fuel on the Minneapolis neighborhood. No “blessed are the peacemakers” for Maxine. She urged protesters to “stay on the streets” and “get more confrontational” with police, if Officer Chauvin is acquitted in the death of George Floyd.

Similar talk from Waters before the Rodney King verdict led to the deaths of 64 people, including 28 blacks, in the 1992 L.A. Riots.

What this guy said:

Speaking of Twitter, will Jack ban Waters for inciting violence? Or does that only apply to Republican presidents who suggest people “peacefully and patriotically” protest?

England’s Prince Phillip was laid to rest Saturday. With his funeral we saw the heartache and the hope that all families know, even those without crowns and titles.

Thanks to Great Britain’s harsh COVID restrictions Queen Elizabeth was forced to mourn the loss of her husband in a pew separated from her family. Even the world’s longest reigning monarch is not spared the agony of saying goodbye without a loving touch.

Yet hope also emerged from Saturday’s services. First, any time a couple makes 73 years of marriage through war, peace, family drama and trauma, it’s an inspiration.

Second, Prince William and Prince Harry were seen walking together, a welcome sign of possible reconciliation. William’s wife Kate reportedly played peacemaker after Harry received a frosty reception from the other royals. William and Harry have been at odds over Harry’s wife Meghan Markle, a break between the formerly tight brothers made worse by Markle’s recent allegations of racism against the royal family.

Not to add to the blues of the Brits, but today marks the 248th anniversary of the start of the American Revolution. Yeah, we had a bitter break up, but were able to become close friends.

On the Plate Today

What can we look forward to today?

Dr. Michael Brown’s latest Stream exclusive “Boundaries, Borders and Blessings” explores how boundaries and borders are a natural…biblical…part of life.

Mark Judge is going to tell us how Substack is ticking off the MSM by giving writers a chance to publish what’s on their mind. Also on the free speech front, Mike Lindell’s social media site “Frank” gets launched at 9 a.m. Eastern.

The new National World War I Memorial in Washington, DC opens to the public today. It’s located at Pershing Square near the White House. We leave with the words of Gen. John J. Pershing, honoring the brave men who served in World War I:

“No commander was ever privileged to lead a finer force; no commander ever derived greater inspiration from the performance of his troops.”