The Morning Brew: What’s the Cost of the 12 Days of Christmas and Who’s President Again? 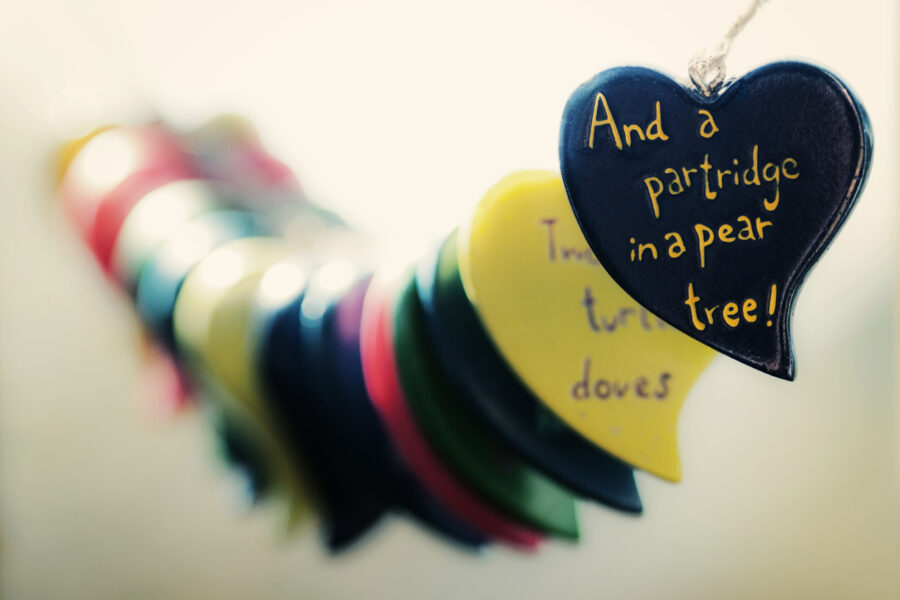 Can you believe it’s Christmas week?

The Cost of the 12 Days of Christmas

With inflation jumping at historic levels, you might be wondering what it’ll cost to hook your “true love” up these 12 Days of Christmas. Well, according to the Christmas Price Index, it’ll cost $41,205 to purchase the “partridge in a pair tree,” “eight maids a-milking” and all the rest this year.

Exotic pets, performers and golden rings showed the biggest jump, according to Amanda Agati of PNC bank. For example, reports CNBC, “Prices for six geese-a-laying, two turtle doves and three French hens are up 57.1%, 50% and 40.5%.” PNC blamed “volatility in the markets.”

The most expensive item on the list? The Seven Swans-a-Swimming, which will run you around $13,125.

Oops. A Bad Tweet Comes Back to Haunt Joe

Joe Biden’s being visited by the Ghost of Tweets Past.

If you hear nothing else I say tonight, hear this: Anyone who is responsible for that many deaths should not remain President of the United States.

And the Ghost of Campaign Promises Past.

SUPERCUT: Biden repeatedly promised to “shut down the virus.”

More people have died of COVID during his presidency than during 2020. He now predicts a dark winter of “severe illness and death” from COVID. By his own standards, Biden should not remain president.

Then again, maybe he already isn’t. On Friday Biden referred to Kamala Harris as “President Harris.”  Yet again.

Harris Gets Offended When Asked Whose President …

Biden’s not the only one unsure who’s president. Charlamagne Tha God asked Harris the other day, “Who’s the real president of this country?”  The media personality was talking about how Sen. Joe Manchin seems to be controlling things in DC more than Joe Biden. A Harris aide tried to cut off the interview, pretending Harris couldn’t hear. Charlamagne the God wasn’t playing. “She can hear me,” and pressed the question.

“So who’s the real president of this country? “Is it Joe Manchin or Joe Biden, Madam Vice President?”

“I really — I can’t tell sometimes,” he responded.

She then launched into a defense of the administration’s efforts.

Watch below. She’s losing it with a guy who is friendly to the administration. Hostile, defensive, insecure. Exactly what former staffers report, and why they are fleeing her staff like deer from a wildfire.

WATCH: Kamala Harris staffer attempts to shut down interview after Harris is asked a question she doesn’t like.

“They’re acting like they can’t hear me,” says the interviewer. pic.twitter.com/jLWG57db3E

Charlamagne Tha God may have had a point, though. Manchin just torpedoed Biden’s agenda.

Sen. Joe Manchin struck what could be a mortal blow to Joe Biden’s “Build Back Better” multi-trillion “investment” bill Sunday. “I cannot vote to continue with this piece of legislation,” Manchin told Fox News Sunday. “I just can’t. I have tried everything humanly possible.”

Manchin cited inflation, the nation’s current $29 trillion debt, “geopolitical unrest” and the impact the Omicron variant may have on the economy.

The White House responded bitterly, with Jen Psaki blasting what it called Manchin’s “sudden and inexplicable reversal of his position.” As if Manchin hadn’t been spending months saying what Biden (and AOC and Sanders) wanted was a no-go.

Naturally, the liberal world lost their eggnog at the news, upset that Manchin had the nerve to defy the progressive collective, and decide for himself was best for the nation and his West Virginia constituents. Don’t sweat it, Senator. When Ilhan Omar is ticked at you, you’ve had a good day at the office. And it’s a good day for America.

Doing their part in pushing the new COVID panic, CNN announced they’re shutting down their offices to anyone but those who can’t work from home.

Like other major media companies, CNN is making changes due to the new Covid surge. CNN offices are closing "to all employees who do not have to be in the office to do their jobs," per internal memo tonight. Back to 2020 protocols, essentially.

Children are more in danger from CNN producers than they are COVID.  Think about it. Who would you rather have in a room with your child? Someone who tests positive for Omicron or someone with a CNN producers badge?

St. Nick has already been good to Nick. Nicholas Sandmann confirmed NBC has settled his defamation lawsuit. The terms were not announced. This makes NBC the third media outlet to settle with the Kentucky teen after their false and slanderous accusations he had harassed a Native American man after 2019’s March for Life.

Video proved that it was the Native American activist Nathan Phillips who accosted Sandmann and his classmates, banging a drum in their face.

Imagine writing this line in 2011: “Donald Trump, the 45th President of the United States, spoke in a Christmas service at First Baptist Dallas on Sunday, delivering a faith-filled Christmas message.”

Yes, Trump spoke yesterday at First Baptist Dallas. And yes, we’ve gotten used to Trump showing up at churches and being friends with Christian leaders, including our own James Robison. But ponder for a second who we’re talking about. Ten years ago, when Trump was the brash billionaire real-estate mogul, host of The Apprentice, with decades of tabloid stories under his belt, would anybody have imagined yesterday’s scene? Yesterday’s message? Saying “America needs a savior, and it’s not me.” No. No way. And that is why we pray for the lost. And believe in Christmas miracles.

Susie Larson kicks off this Christmas Week with “An Unexpected Savior.” Jesus surprised the world then. He surprises still today.

Janet Boyles offers hope for the hurting, with “Christmas in Recovery.”

And Mary Margaret Olohan offers a reminder of what Christ’s work on earth looks like with “Mary’s Shelter and the ‘Angel’: A Story of Pregnant Women in Crisis and the Pro-Life Maternity Home That Shelters Them.”