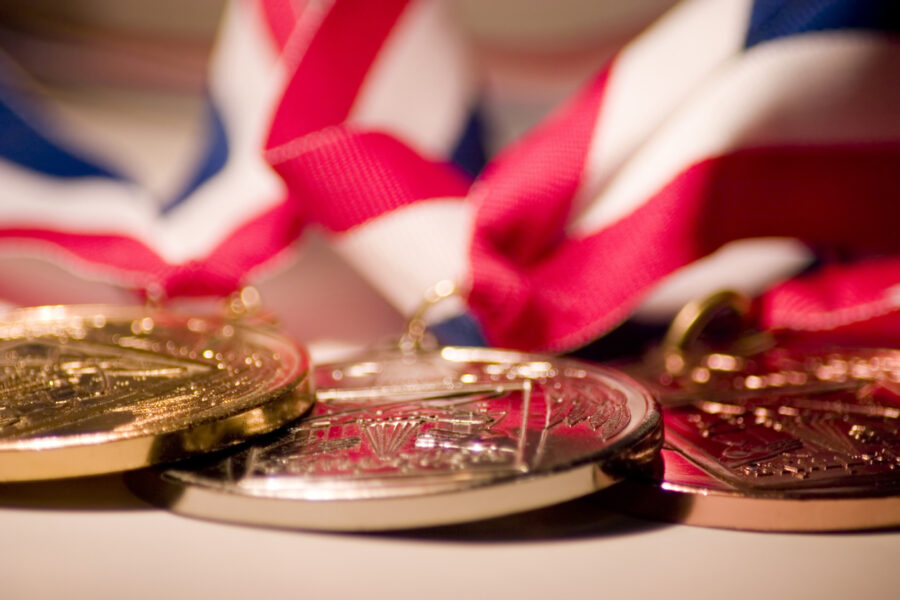 Ready for your Morning Brew?

We’ve got Mr. Pillow, a President and a King today … plus an Olympic Heroes edition of our Friday Fun Quiz.

Olympics Get Fully Underway This Morning with Opening Ceremony

The Opening Ceremony of the #TokyoOlympics is set to kick off at 7 a.m. Eastern time. NBC will be showing the ceremonies live! (I ask the theologians among us. Is tape delay of the devil?)

COVID delayed the Games a year, and is making itself felt this year too. But finally, it’s all about the competition. Oh, who are we kidding? It’s also about the official wardrobe. Which nation’s colors and designs earn the fashion gold.

Seriously, although America-bashing athletes sometimes make it harder to root for Team USA, this is a nation that really likes to chant “USA! USA! USA!” … at least once you are away from the coasts. And we know we’ll be caught up in it at some point. It’s always a thrill to hear the National Anthem played. And every Olympics provides a bounty of heart-warming human interest stories.

We pray a safe and successful Games, not only for Team USA, but for host Japan and the entire family of nations.

Mike Lindell: I’ll Give $5 Million to Any Cyber Expert Who Can Prove My Voter Fraud Data Invalid.

Mike Lindell is throwing down the challenge. He’ll give $5 million to any cyber expert who attends his Cyber Symposium next month and proves his voter fraud data is invalid. You can buy a lot of My Pillows with five million smackers.

Lindell insists he has rock-solid proof foreign actors accessed and manipulated the November election to the tune of millions of votes. He knows when those intrusions occurred and from where.

Lindell will be holding a three-day symposium laying out the technical evidence of fraud August 10-12. And if some expert there can prove him and his cyber team wrong, they can walk away with the $5 million. And some Giza Sheets.

Joe Biden held a town hall in Cincinnati Wednesday night, but the town didn’t show up. When I first saw the tweet showing the half-empty hall, the jokester in me thought, “Mr. 80 Million attracted less people than third-grade recital?”

What the Biden CNN town hall looks like from the back of the auditorium: pic.twitter.com/juUehd7PDu

Then the better angel of my nature wondered if CNN or the White House severely limited the number of people to the event out of COVID fears.

Then I realized, that can’t be true or else why is everybody crammed together? Remember the days of being separated by six feet? Those Biden magic circles during the 2020 campaign? Earlier town halls had people distanced.

Also, there’s this story at Cincinnati.com, talking about the selection process. And it sure seems CNN went searching far and wide for people to come. They reached out to labor unions, local colleges, and business associations seeking people interested in attending. Anyone? Anyone? (A Trump event, all it takes is one tweet.)

Of course, if you were watching from home, CNN made sure the camera angles made it look like the place was packed.

The New York Post asked the White House if the plan had been to limit seating. The White House told them to go ask CNN. Never a good sign when the answer could have been an easy “sure.” CNN spokeswoman Lauren Pratapas said, “This was a typical audience size for a CNN town hall.”

(Insert your own joke about miniscule being a “typical audience size” for CNN.)

Added the Post, “She did not elaborate on the reason for the small crowd size.” Again, that should have been an easy one if keeping things cozy had been the plan.

Too bad more folks didn’t want to see Joe. They missed moments like this:

They also missed his misinformation on COVID: “You’re not going to get COVID if you get these vaccines.” Still waiting for Facebook to censor that one. And Joe derailing everything with talk of aliens and blood drinking.

In all, Breitbart counted up “Thirteen Bizarre Joe Biden Quotes From CNN Town Hall in Cincinnati.”

Nobody could have seen this coming. And by “nobody,” I mean everybody. A week after election integrity organization VoterGA published proof beyond all shadow of a doubt that there was voter fraud in Fulton County, GA, Twitter “temporarily” restricted access VoterGA’s account.

Speaking of Big Tech funny business, Dr. Michael Brown has one up examining the statistical evidence that Facebook is suppressing your very own Stream. “Is Facebook Really Suppressing the Stream and Other Conservative Sites?” Read and judge for yourself.

Such Big Tech suppression is why we ask you to encourage friends, family, colleagues and neighbors to subscribe to The Stream. This gets them the Morning Brew emailed to them each week day, along with our weekly newsletter, away from the clutches of Big Tech.

Poor King James. He showed Communist China all that love. And China discarded him like a ripped rag doll. For three years, Lebron James has sucked up to China and spit on the USA. But in the end, China won’t allow Lebron’s new movie Space Jam 2: A New Legacy to run in the Communist country. (Perhaps they’ve seen the reviews. 30% on the Tomato-meter.)

The film cost $200 million to make and market. And though it earned a nice $31 million its first week, the box office take is expected to be around 60-70 million…or at best $100 million. Meaning, without China, Space Jam 2 could lose about $100 million.

Have a grand, Olympic-sized weekend!