The Morning Brew: The Gipper Forgives Hinkley … and Frets Over a Ruined New Suit

This week, Michael Reagan explains why he has forgiven his father's would-be assassin ... and shares a classic Ronald Reagan story from the night The Gipper was shot. 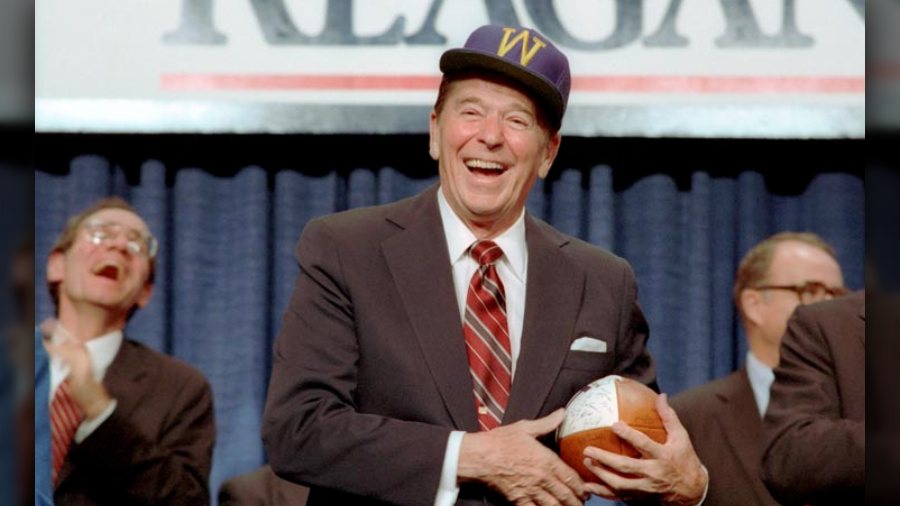 Michael Reagan Forgives Hinkley Because His Father Did

Recently, a judge announced that Ronald Reagan’s would-be assassin John Hinckley will be free of all restrictions next year.

Reagan’s daughter Patti was not happy with the news. She penned a powerful editorial in the Washington Post, calling the shooting, “a shredded nerve that will never heal.”

“I understand struggling for forgiveness, but it’s like peering out from between the prison bars. I don’t believe that John Hinckley feels remorse. He and his attorney have worked the system from the beginning and, finding a judge who was sympathetic to them, made this day inevitable.”

(The WaPo story is behind a paywall. Here’s a story about it in People)

However, Reagan’s eldest son, conservative commentator Michael Reagan, is okay with Hinkley being a free man. He’s noted that Hinckley has caused no problems since being released from a mental institution and is showing no further signs of mental illness.

But more crucially, Reagan says he’s forgiven Hinckley. Because his father forgave Hinckley. “What was good enough for my father is good enough for me,” Reagan wrote this week, “I’m not going to be angry for the rest of my life at a mentally disturbed guy who tried to take my father’s life. My father didn’t hate Hinckley, why should I?”

Ronald Reagan and the New Suit

Michael Reagan then told a story from the night his father was shot. And frankly, it’s a great way to not only get a glimpse into the Gipper, but to cap off the week.

The President had just come out of surgery at George Washington University Hospital. As the nation would later learn, Reagan had come a fraction of an inch … and a quick thinking Secret Service agent … from losing his life. Michael Reagan picks up the story:

When my wife Colleen and I walked into his room, my dad looked up at me from his bed and said, “Mike, if you’re ever going to get shot, don’t be wearing a new suit.”

“Well, yesterday I was shot.”

“That blue suit I was wearing was a brand new suit. It was the first time I ever wore it. The last time I saw it they had cut it off me and it was in shreds in the corner of my hospital room. So that’s why I’m telling you, ‘If you’re ever going to be shot, don’t be wearing a new suit.'”

Then he said, “That young man who shot me — Hinckley.”

“I understand his family is in the oil business.”

“Do you think they have any money?”

“They’re in the oil business and they live in Denver. Of course they’ve got money. Why?”

“Well, do you think they’d ever buy me a new suit?”