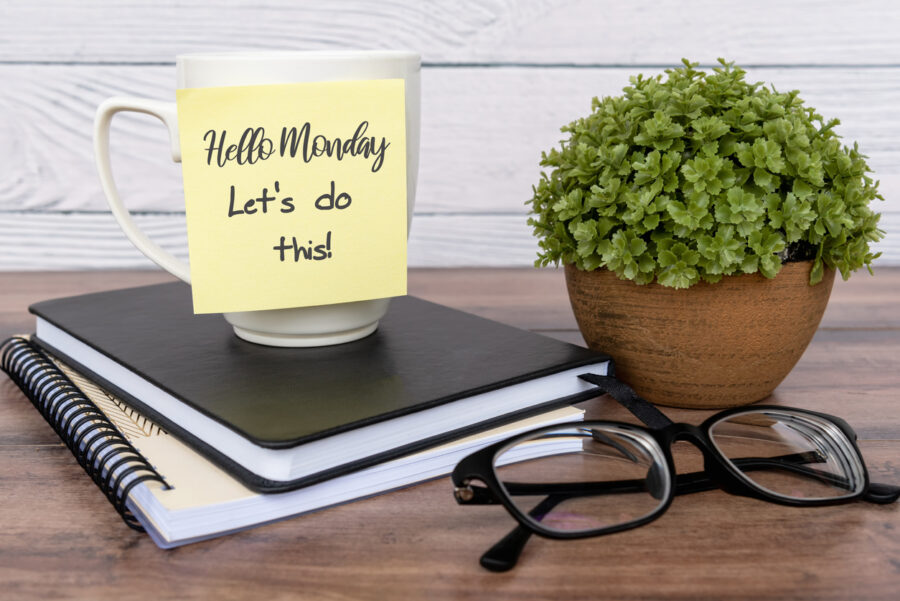 An especially happy welcome to those we met at the Christians Engaged conference this weekend. Hope you enjoy the Brew.

Congrats, meanwhile, to Christians Engaged founder and Stream contributor Bunni Pounds on a great event. They’re right. What does this time in American history need? YOU.

But first, your Morning Brew.

Energy Sec. Confirms Energy Prices Will Be Much Higher This Winter … Because of COVID Pandemic … Which Was in Full Swing Last Winter

On Friday night, shortly before this photo was taken, former Texas Governor and Energy Secretary Rick Perry gave me a rib-cracking bear hug as if we were long lost brothers. 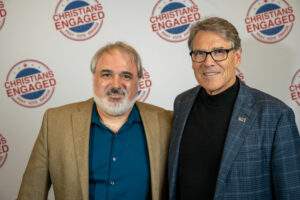 But I can forgive Gov. Perry because he also gave us all energy independence. Unlike the current Energy Secretary, who spent her Sunday promising higher energy costs.

Energy Secretary Jennifer Granholm told CNN Americans can expect to pay higher costs to heat their home this winter. Naturally, Biden’s energy policy has nothing to do with spiking costs. Granholm is blaming the COVID pandemic. Yes, the same pandemic that was around last year … without the high energy prices.

The Biden administration’s efforts to force private businesses to vaccinate or else has been temporarily blocked by the Fifth Circuit Court of Appeals.

“Because the petitions give cause to believe there are grave statutory and constitutional issues with the Mandate, the Mandate is hereby stayed pending further action by this court,” the court wrote.

This as new evidence emerges that effectiveness of 2 of the 3 vaccines approved in the U.S. has fallen below 50%. And as Pfizer asks for FDA approval for a pill it says cuts hospitalization and death from COVID by 90%. (In other words, it does what the vaccines are doing … so who needs to force anyone to take the vaccine? And people can get off Aaron Rogers’ back.)

Meanwhile, Kansas’s Democratic governor Laura Kelly knocked the mandate Friday, basically telling Biden to butt out. Gov. Kelly said the Biden order is not a “correct” or an effective solution for her state.  “It is too late to impose a federal standard now that we have already developed systems and strategies that are tailored for our specific needs.”

Has anybody checked French Laundry or any other high-priced restaurant in the Golden State? California Governor Gavin Newsom hasn’t been seen in public in a dozen days. Newsom was last seen October 27 getting a booster shot.

Since then nothing. He abruptly canceled his trip to Scotland for the climate change conference, citing “family obligations.” Aside from a few pre-recorded videos and a family Halloween picture, Newsom is nowhere to be found.

Naturally, critics wonder if Newsom suffered a bad reaction to his booster shot. His people call that “misinformation.”

Biden “In the Loop” for Payments to Illegal Immigrants. But Not In His Hands?

Just days after Joe Biden called reports his administration was planning lottery-size paydays for illegal immigrants “garbage,” and declared “it’s not going to happen,” his administration declared the payments may well be made whether Joe wants them or not. White House Senior Advisor Cedric Richmond told Fox News Sunday that Biden was “in the loop,” but that the “independent” Department of Justice will determine whether settlement payments will be made.

What a disingenuous way to avoid Biden getting blamed when your tax money gets poured into the pockets of people here illegally. Just say it’s the Justice Department’s decision. And don’t you just love people who just signed a trillion-dollar infrastructure package that has little to do with infrastructure talking about saving taxpayer money?

Imagine if Trump’s FBI raided The New York Times … for any reason. Let alone over an explosive diary left somewhere by, oh, Ivanka Trump accusing her father and family of all manner of sick behavior. Imagine they were raided, despite The New York Times not running the diary because they couldn’t independently verify it was legit. And had tried giving their copy of the diary back to the Trump family, to no avail.

The uproar would be deafening.

The media would have every right to be enraged.

Except today they aren’t. They’re not saying a word. Because the target was Project Veritas … and the dairy belonged to Ashley Biden, Joe Biden’s daughter.

James O’Keefe talked about the raid.

If the Ashley Biden Diary isn’t real, why did the FBI raid James O’Keefe?

If the Ashley Biden Diary is real, why did the FBI raid James O’Keefe?

This is a lose-lose for FBI and Biden. Using your goon squad to raid reporters is still “a bridge too far” for most judges in 2021.

So what’s in the diary? Hint: A very disturbing picture of the Biden family.

As the prosecution in the Kyle Rittenhouse murder case continues to fall apart, an activist who describes himself as George Floyd’s nephew is sending an ominous signal to jurors. If they don’t convict Rittenhouse, says Cortez Rice, they will be doxed. He’s got people at the trial.

“I ain’t even gonna name the people that I know that’s up in the Kenosha trial. But it’s cameras in there. It’s definitely cameras up in there. There’s definitely people taking pictures of the juries and everything like that.”

George Floyd’s nephew, Cortez Rice, makes a claim that he knows people taking photos of jurors during the Kyle Rittenhouse trial in Kenosha, Wisconsin. His goal is to dox jurors if they do not convict. pic.twitter.com/uwLuV2ftfV

Jersey State Senate President Steve Sweeney got beat in last week’s election by truck driver Edward Durr. Beat bad, in fact. However, Sweeney is refusing to concede. He claims “12 thousand ballots” had been found in one New Jersey county. (Yeah, “they fell off a back of truck,” as the made men like to say.)

Also, we have the latest on the arrest of Steele Dossier “source” Igor Danchenko and the Clinton operative who fed him Russian dirt. Hillary colluded with Russians to frame Trump of colluding with Russians. John Le Carre couldn’t make this stuff up.