The Morning Brew: Shatner in Space, DC Jail Officials in Contempt, as Couric Reveals a Shocking Edit of RBG 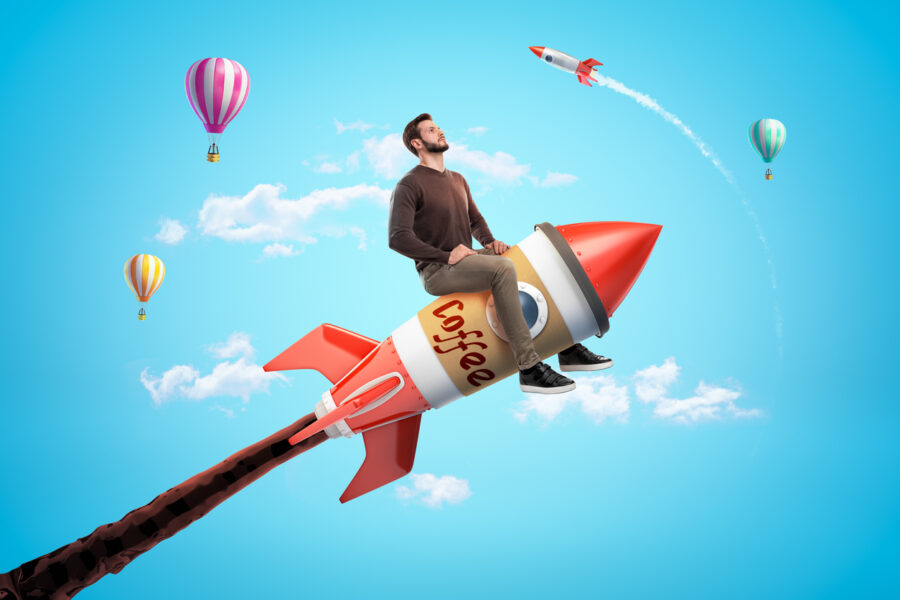 I promise not to use the phrase “boldly go.”

William Shatner, best known for playing Captain Kirk on Star Trek, got to actually travel to space Wednesday. Shatner and three others lifted off aboard Jeff Bezo’s “New Shepard.” In doing so, the 90-year-old actor became the oldest person ever in space.

Shatner rocketed to an altitude of about 66 miles over West Texas before returning safely to earth. The journey lasted 10 minutes.

“What you have given me is the most profound experience,” said the actor afterwards. “I’m so filled with emotion about what just happened. I just I hope I never recover from this. It’s so much larger than me and life. … It has to do with the enormity and the quickness and the suddenness of life and death.”

In honor of Shatner’s historic flight, how can we not post the actor’s odd, but unforgettable rendition of Elton John’s “Rocket Man”?

So what are the chances Biden’s DOJ, which issued the pre-trial detention orders that are keeping people like Worrell behind bars, will seriously investigate the litany of civil rights abuses of January 6 prisoners?

About the same as the chances Katie Couric will be invited to an NBC reunion any time soon.

Supreme Court Justice Ruth Bader Ginsberg is a legal legend, a liberal icon, a progressive hero. Was sharp as a tack to the very end. Except, of course, when she said something in an interview that Katie Couric didn’t like.

Couric admits in her new book Going There that she severely edited RBG’s comments about players kneeling for the National Anthem to “protect” the justice. Couric claims RBG was “elderly and probably didn’t understand the question.” How insulting. Couric did leave in RBG’s belief the protests were “dumb and disrespectful.”

However, the NY Post reports, Couric left out Ginsburg’s declaration that not standing for the anthem shows a:

contempt for a government that has made it possible for their parents and grandparents to live a decent life. … Which they probably could not have lived in the places they came from. … As they became older, they realize that this was youthful folly. And that’s why education is important. I think it’s a terrible thing to do, but I wouldn’t lock a person up for doing it. I would point out how ridiculous it seems to me to do such an act.

Oh, Ginsburg understood the question. Couric just didn’t like the answer. And rather than just say that, she dismisses Ginsburg as too old and feeble.

Yesterday, John Zmirak posted a must read article about the Loudon County cover-up that helped set off the DOJ’s war against parents: “A Pervert Raped His Daughter, So the Government School Got Merrick Garland to Label Him a Terrorist.”

In an honest media world, the fact a young man put on a dress, claiming to be transgender, entered a girl’s locker room and sexually assaulted a female student would be newsworthy. Especially when the school district is going all in on transgender rights. And that was why the victim’s father was hot and bothered enough to be dragged from a school board meeting. An incident that was used by the White House as an excuse to set loose the dogs of the FBI onto parents protesting at school board meetings.

But as Brent Bozell of Media Research Council noted, none of the Big Three networks have covered the story.

SHAME. How can one call itself a news organization when it blacks out coverage of a story like this, which has such broad impact on the safety of our children and education?

And they wonder why ratings and trust of the media continue to tank. https://t.co/GIEY5Cw2s9

Joe Biden announced Wednesday that his administration had reached a deal to keep the Port of Los Angeles operating 24/7 to help erase the massive logjam of cargo ships. The cargo backlog is making a mess of supply chains and is threatening to create a Biden Blue Christmas. Major shippers like WalMart, FedEX, Samsung and Home Depot are also promising to up their efforts to clear out backlogs at the port.

The Port of Long Beach also reached a similar deal. Those two ports alone are responsible for nearly half the imports into the United States.

Said Biden, “My Administration is working around the clock to move more goods faster and strengthen the resiliency of our supply chains.” Biden praised his “port czar” John Porcari for doing an “excellent job.” He might want to look up the definition of “excellent.”

On the downside, reports the New York Post, Biden twice called Porcari by the wrong name.

Which leaves us with this chuckle for the day.

In 2009, Dr. Michael Brown was on the Tyra Banks show debating what treatment was appropriate for children who identified as transgender. One of the doctors who argued against him has reversed course. Dr. Brown explains in “I Warned That Doctors Were Experimenting With Transgender Children, Now a Leading Transgender Doctor is Sounding the Alarm.”

And just up on The Stream, an inspirational, if quirky, true story from the poetic pen of our own David Mills. “No Balding Jesus.”