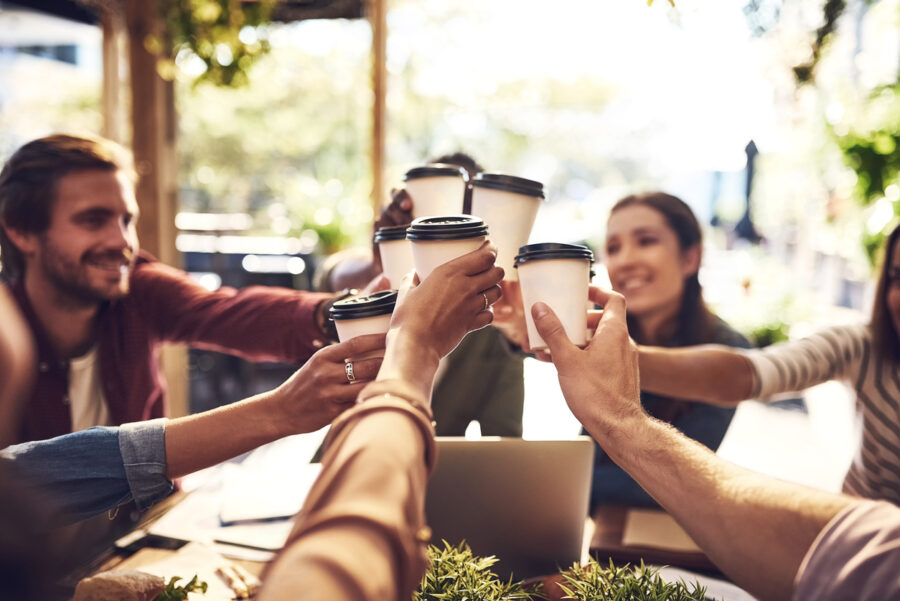 We start today by raising a cup to life.

In a major victory for the cause of life, Texas’ heartbeat law went into effect midnight yesterday. The law prohibits abortions once a fetal heartbeat can be detected, which can happen as early as six weeks.

The law went into effect after the U.S. Supreme Court did not act on an emergency request by pro-abortion organizations.

It's past midnight now in Texas. The Heartbeat Law has gone into effect. Every child with a detectable heartbeat is legally protected from being killed by abortion.

Wow. A Majority of American Voters Think Biden Should Resign Over Handling of Afghanistan Withdrawal

52% of American voters believe Joe Biden should “resign because of the way the U.S. withdrawal from Afghanistan was handled.” That according to a new Rasmussen poll out Wednesday. Only 39% disagree.

But looking at the party breakdown, nearly one-third of Democrats do.

(I wonder what the percentage would be if they’d thrown in the phrase “or because of mental and/or physical incapacity”?)

Read that again: Nearly half of independents and one-in-four Democratic voters strongly believe Joe Biden should be impeached.

Now, remember the White House’s new definition of “bipartisan.” If even a couple Republicans, whether in Congress or not, support whatever they’re doing, that is “bipartisan.”

By their own definition, there is massive bipartisan agreement that Joe Biden should resign or be impeached. (Even if Sen. Minority Leader Mitch McConnell poo-poos the idea Biden will be impeached.)

Biden Pressured Afghan Prez to Change “Perception” Taliban Was Taking Over, “Whether True or Not”

Joe Biden pressured Afghanistan President Ashraf Ghani in their final phone call before the country fell to project the image that things were just spiffy “whether true or not.”

A transcript and recording of the July 23 call were leaked to Reuters. Although neither Biden nor Ghani appears to think a complete, sudden, collapse was just a couple weeks away, Ghani clearly warned Biden the Taliban threat was no joke. But, as Reuters reports, Biden spent much of the call focused on what he called the Afghan government’s “perception” problem.

Said Biden: “I need not tell you the perception around the world and in parts of Afghanistan, I believe, is that things are not going well in terms of the fight against the Taliban. And there is a need, whether it is true or not, there is a need to project a different picture.” (Emphasis mine.)

So even if you are losing, pretend you are winning. Provide a false sense of security. Lie.

Did a Drone Have Lock on Suicide Bomber, But Was Denied Permission to Fire?

If this is true …

A former Deputy Assistant Secretary of Defense claims the U.S. military knew who the ISIS-K suicide bomber was and where he was heading, even down to the precise gate at Kabul Airport. In fact, Roger Pardo-Maurer says a Predator drone had a lock on the bomber but was denied permission to fire.

Two questions everyone should be asking right now:
– For how long in advance did we have eyes on the Kabul bomber *prior* to his arrival at HKIA?
– Who issued the stand down order to the Predator drone operator that had a lock on the Kabul bomber? https://t.co/KvbxI5t8X2

Why the stand down order? According to Pardo-Maurer, “Because we are in this process of negotiating with the Taliban who aren’t even in control of their own government or their own people.”

The implication, says Red State’s Nick Arama, the Biden DoD didn’t want to upset the apple cart with the Taliban by okaying a drone strike.

Now, did we really have the bomber dead in our sights? Did we pass up the chance to stop over a dozen U.S. service members and countless others from being slaughtered so as to not upset the Taliban?

This has not been confirmed. But if the claim is true, oh, my.

“But Al, I can’t believe Biden would put Americans in mortal danger by sparing terrorists just to make a deal with a terrorist regime!” No? Go back to when Biden was Vice President. The Obama-Biden Administration sabotaged an effort to take down Hezbollah’s US drug-running operation in order to curry favor with Iran. Don’t remember the story? Here it is: “POLITICO Bombshell: Obama Let Hezbollah Smuggle Coke Into US to Help Seal Iran Nuke Deal.”

Speaking of nukes, Iran’s pal in North Korea seems eager to get back into the nuclear bomb building business.

Kim Jong-un has reportedly cranked up a nuclear reactor capable of producing weapons grade plutonium. The North Korean dictator had shut down the YongByon reactor in 2018 just months after meeting with President Trump, according to the IAEA.

Jenny Town, director of the U.S.-based 38 North project, which monitors North Korea, wonders why Kim is re-starting the reactor now. “The timing seems a little strange to me, given the tendency for flooding in coming weeks or months that could affect reactor operations.”

Maybe he saw the debacle in Afghanistan and wants to take advantage of the “American Weakness Labor Day Weekend Event.”

Chase has apologized to war hero, Lt. Gen. Michael Flynn for cancelling his family’s credit cards. They are calling it an “error.” Sure.

The banking giant wrote Flynn’s wife Lori on August 20: “After careful consideration, we decided to close you credit cards on September 18, 2021, because continuing the relationship creates possible reputational risk to our company.”

There is no “reputational risk.” How’s being a war hero a “reputational risk”? Besides, you think the cashier at Kroger’s cares who’s sticking the card into the machine? Bob down at the auto shop cares whose name is on the card? Even if they hate Flynn, they’re going to blame Chase? Of course not.

We know what this is about. The regime and its supporters are desperate to wreck the lives of anyone associated with Donald Trump. They put pressure on these corporations who terrified to be seen as pro-Trump. However, in Chase’s case, it’s a little more complicated.

As Mother Jones detailed in 2019, Senator Joe Biden was the credit card industry’s boy in Washington. Why wouldn’t they help their boy given how much he helped them?

The question is “What’s in your wallet, Joe? And how much of it came from companies like Chase?”

You’d think the massive dumpster fire that is the Biden Administration would have the environmentalist enraged about the carbon footprint.

As promised, we remember our beloved friend and Stream contributor George Janek. “George!”