The Morning Brew: Lindell Attacked, and Hunter Complains to Hooker About Another Laptop 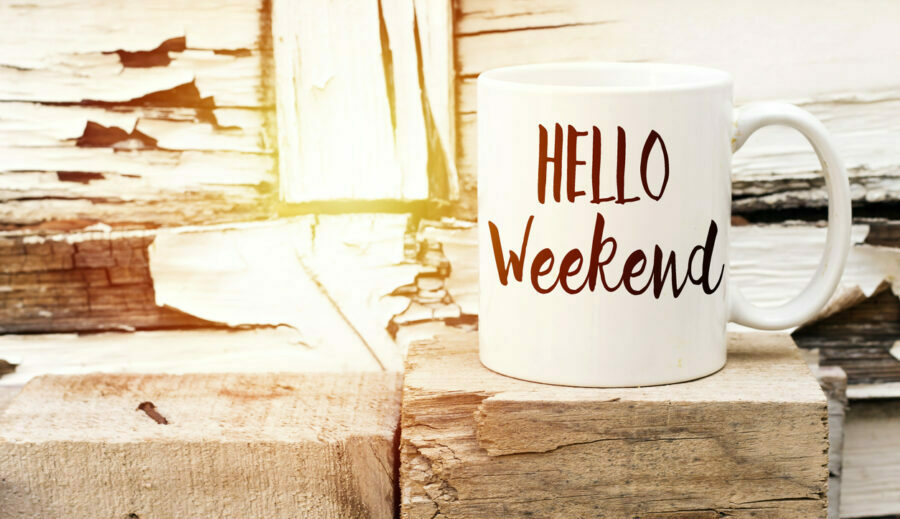 Be warned. Today’s Brew has some extra punch. In the ribs, in fact.

Mike Lindell’s Cyber Symposium has concluded, with a call for citizens and legislators to stand up and stand up together to fight for election integrity. Regardless of the heat that comes down on them.

Even yesterday had its share of cyber-attacks, media attacks, political hack attacks and even a physical attack. (Why, you ask, if this is all just folly?)

A practical question this morning is: “Will the state legislators present now force forensic audits in their states?” In all the states. Was the evidence out of Mesa County, Colorado enough to show that even Red states and counties better check under the hood?

Perhaps the more basic question is, “Will we continue fighting to find out exactly what happened in November?” Win or lose.

The answer appears to be yes, with the creation of the “Election Integrity Caucus.” Arizona’s Wendy Rogers says it’ll consist of legislators from all 50 states. They will “meet regularly and we will talk regularly to implement the security of our elections.” She compared the caucus to the Continental Congress.

I am one of the founding members of the newly formed Election Integrity Caucus that consists of legislators from all 50 states. Reminds me of the Continental Congress. We will meet regularly and we will talk regularly to implement the securing our elections. #AuditAll50States

Day Three opened with a stunner. The My Pillow founder claimed he had been assaulted Wednesday night outside his hotel. Punched in the ribs. Obviously he’s lying. I mean, when have ANTIFA-types ever attacked conservative events or conservative figures?

Speaking of lies, this is a real one. All over media and Twitter Thursday you saw this identical phrase. “Mike Lindell flees the stage” after learning a judge had let Dominion’s lawsuits go forward.

Lie. Lindell got word of the judge’s decision Wednesday night while on stage. Live TV at its finest. Lindell spontaneously and emotionally responded to the news for a full 15 minutes or more. Part of that response was saying he was going to call his attorney on the case (liberal legend) Alan Dershowitz right away to see if he’d take part in Day Three.

Lindell did leave the stage … right at the time that he’d already set aside for a slate of state legislators to speak. In other words, had he’d gotten news his suit was ready at the cleaners, he still would have been leaving the stage.

Why lie? Because it is imperative to ignore the information being presented. It is crucial to make like the wheels were coming off the whole event. Lindell has to be made into a joke.

If, say Mark Cuban, had hosted a symposium in 2017 where he presented hour after hour of evidence of machine vulnerabilities, data deletions, numerical anomalies, collusion between government and media to quash opposition information, all indicating Hillary won in 2016, would the info be ignored? Would he be made into a joke? Would the media have lied about what happened at the event?

Of course not. Cuban’s event would be treated as solemnly as a papal conclave.

But the My Pillow former crackhead lays out his life and fortune … and a bunch of moms and Deplorables insist something just wasn’t right in November, and the “sophisticated” cackle.

The Texas State Senate has passed the election security bill that had Democratic lawmakers fleeing the state. Fleeing like cockroaches when you flip on a light. The bill passed 18-11 after a 15-hour filibuster by Senate Democratic Caucus Chair Carol Alvarado.

The vote comes a day after arrest warrants were signed for 52 Democratic legislators who fled to the Swamp to deny Republicans a quorum at a special session called by Gov. Greg Abbott.

Texas is rolling in good news. The state’s Department of Family and Protective Services confirmed the obvious Wednesday: Performing a transgender surgery on a child constitutes sex abuse.

“Genital mutilation of a child through reassignment surgery is child abuse, subject to all rules and procedures pertaining to child abuse,” Commissioner Jaime Masters said. “Such mutilation may cause a ‘genuine threat of substantial harm from physical injury to the child.’”

Read The Stream’s post via the Daily Caller News Foundation for more.

#BidenBorder: 40% of Illegal Immigrants Released in the Border Town of Laredo Tested Positive for COVID

40% of the illegal immigrants released in Laredo, TX tested positive for COVID. Or so say local officials. They’re now refusing to take in migrants who have been bused in because … well … letting sick, infectious people wander your streets who aren’t even in the country legally is suicide.

Unless, of course, the virus isn’t really all that big a deal. Cross the Rio illegally or boogie with Obama and you’re as fine as Napa wine.

No wonder CDC Director Mochelle Walensky says she’s “struggling with how to communicate” about COVID-19.

Huh? Fully Vaccinated Man Dies of COVID. Doctors Say It Could Have Been Worse Without the Jab

Thank you, Jack Posobiec, for catching this one.

The Hill tells the sad story of Patricio Elizondo, who has died of COVID despite being fully vaccinated. And “careful.” (He also wrestled with diabetes and congestive heart failure.)

Yet the bullet points for the article includes this gem: “Doctors said the condition of the father could have been worse if he was not vaccinated at all.” Read that again. Worse than death?

It’s such a head turner we had to screen grab it in case The Hill changes it.

No. From the article:

According to Jan Patterson, an infectious disease specialist at UT Health, Rodriguez was right in her assessment, that her father would have suffered more if he had not been vaccinated.

According to the Centers for Disease Control and Prevention (CDC) website, “There is some evidence that vaccination may make illness less severe for those who are vaccinated and still get sick.”

Perhaps that’s could be the new pitch for the jab. “Vaccines save you from a fate worse than death.”

For example, being the PR flack for Hunter Biden.

Yup. Another lurid Hunter Biden video is out. This one from early 2019 when Joe was gearing up to campaign from his basement. On it, Hunter complains to a hooker about losing a laptop. This time — he thinks — to Russian drug dealers during an 18-day Vegas drug binge.

(For those keeping count at home, that’s the third misplaced or forgotten laptop with compromising business and financial information.)

Hunter tells the hooker he’s worried because there’s material on it that could be used by blackmailers … because his father was running for president.

Something to think about next time you wonder why Joe Biden is allowing Putin to build the Nord Stream 2 pipeline into Germany after shutting down construction of the Keystone pipeline here at home.

Then again, Hunter, after you’ve been money laundering for a friend of Putin, doesn’t he already have you and the Big Guy by the private parts?

Stream contributor Jennifer Hartline is back, with a fiery defense of life with “Simone Biles Stumbles Badly With Abortion Post.”

And keep your eyes open for John Zmirak’s interview with Jason Jones, “‘My Family Fight With COVID’, the Chinese Communist Gift to the World.”