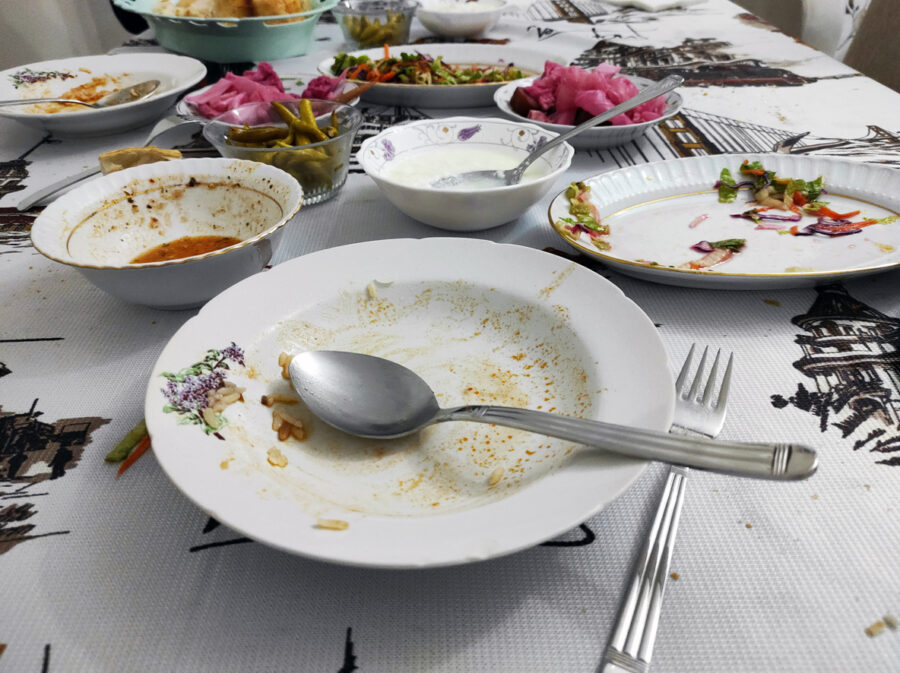 Hope you had a blessed Thanksgiving. We have a whole fresh new Brew to help kick off your Black Friday.

The Black Friday Rush is Underway

The retail equivalent of roller derby.

Nothing says “Christmas season” like hip-checking strangers for the last discount Xbox. Actually, that’d be a lot funnier if gangs of looters weren’t hitting department stores in major cities. And the woke thought police hadn’t suddenly decided the term “looters” is racist.

The Macy’s Thanksgiving Day Parade was back in full force yesterday after COVID did in the 2020 parade. Marching bands, Broadway shows, the high-flying balloons, the Rockettes and, of course, Santa and a sleigh-full of auto-tuned pop singers nobody over 20 has ever heard of.

Thankfully, no wrecks. Unless you include “singer” Kim Petra raising the inability to lip-synch to an art form.

Joe Biden and clan flew up to Nantucket to spend the Christmas weekend at the Nantucket compound of private equity billionaire David Rubenstein. Is that his idea of billionaires paying their fair share? Making sure Joe’s family has a fine time of it along the coast?

Biden called into the NBC’s coverage of the Macy’s Thanksgiving Day Parade.  Al Roker asked Joe for his message to the American people.

“My message is after two years, you’re back, America’s back, there’s nothing we’re unable to overcome, Al. And you’re one of the reasons for that. You’re always up and moving.” No, I’m not sure what that means either.

Biden Sticking With Push for “Cashless Bail” Despite Waukesha Massacre

The Biden Collective says it’s still going to push to end cash bail. This despite crime skyrocketing in cities that have instituted it. This despite last Sunday’s massacre in Waukesha, where a black nationalist out on just $1000 bail for trying to run over a woman, deliberately slammed an SUV into children and seniors during a Christmas parade.

What Massacre? It’s an “Incident”

Two days after the Rittenhouse verdict, and 48 hours of mainstream media hysteria over the “racist” justice system, a black nationalist with a rap sheet a mile long, raced his SUV through a Christmas parade in a town less than an hour from Kenosha. His task, to kill as many (white) people as he could, slamming his vehicle into children, into “Dancing Grannies” … murdering six and injuring 60 more. In a Christmas parade.

A horror if ever there was one. A racially-motivated terror attack if there ever was one. But you couldn’t tell that from the MSM. When not ignoring the story, they were peddling the lie that the suspect was fleeing another crime … not coldly out to kill. They were diminishing the domestic terror attack as an “incident” or “crash.” And made sure Darren Brooks’ SUV was held responsible, not the hardened criminal released just days before for trying to run someone over. On a mind-numbing $1000 bail.

FBI To Place All SUVs On Terror Watchlist https://t.co/kDy9Xh2cuc

Anyone from Biden administration going to Waukesha to join the mourners?

No, of course not. Biden’s off partying with billionaires in Nantucket. Now, if you were a domestic abuser who pulls a knife on cops and is attempting to kidnap children and get yourself shot, Kamala Harris will show up to offer up her love.

But if you’re a Wisconsin family grieving a child or grandparent slaughtered by a black nationalist two days after a jury down the road finds Kyle Rittenhouse innocent? Sorry, Joe and his team have other plans.

Then again, maybe Joe’s cabinet is too busy trying to learn their jobs.

Energy Secretary Doesn’t Known How Many Barrels of Oil U.S. Consumes in a Day

You know how irritating it is when you ask a simple question of a sales clerk about their store, and they don’t know the answer?  Imagine asking the Energy Secretary of the United States about the most basic of matters involving energy and her drawing a blank.

The other day, Energy Secretary Jennifer Granholm was stumped when asked “How many barrels of oil the U.S. consumes in a day?”  If you’re Energy Secretary, that is the equivalent of asking a McDonald’s manager “Do fries come with that?”

Granholm’s answer? “I don’t have that number in front of me. Sorry.”

But I bet she can tell you how racist gas pumps are.

Then again, we shouldn’t be too surprised. We have a Defense Secretary who doesn’t know what a military is for, a Department of Homeland Security chief who doesn’t know how to secure the homeland, a Transportation Secretary who thinks supply-chain problems are caused by lack of child care … while he took two months off for maternity leave as cargo ships were stacking up like cars on the 405.

And to say nothing of having a president who doesn’t even know what he’s reading off a teleprompter.

“Manipulated media”? Nearly a year in office and Twitter is still protecting the guy. The Cowboy’s offensive line doesn’t provide protection as intense as Twitter.

Allyn Walker has resigned from Old Dominion. The professor came under fire after arguing in a new book that pedophiles should be called “minor-attracted persons,” and that there’s nothing morally wrong about having sexual attraction to minors. (Just so you don’t act on it.)

“We have concluded that this outcome is the best way to move forward,” ODU President Brian Hemphill said in a statement. “We hope today’s action helps bring closure for our Monarch family. As we move forward, I encourage all members of the Monarch family to continue our efforts toward healing and civil discourse.”

LeBron James continued his transformation into a brat Wednesday night by having two young Indiana Pacer fans tossed from the game. It’s unclear what the two said. James would only say they went “outside the line with obscene words and gestures.” Still, James dragged a ref to the sideline, pointed out the pair and made sure security booted them. The young woman offered mocking “crybaby” tears upon her departure.

LeBron unhappy with some fans courtside in Indiana pic.twitter.com/1Ud3B69G1E

A big thanks to John Zmirak for filling in for me earlier this week. I’m off next week, but we’ve prepared a special treat: We’ll be running a wild five-part series called “Born on Christmas Day,” which lays out why Christmas is celebrated December 25th. (Hint: Pretty much everything the secular world … and even a load churches say … is wrong. The actual history is jaw-dropping.)

I hope you enjoy!