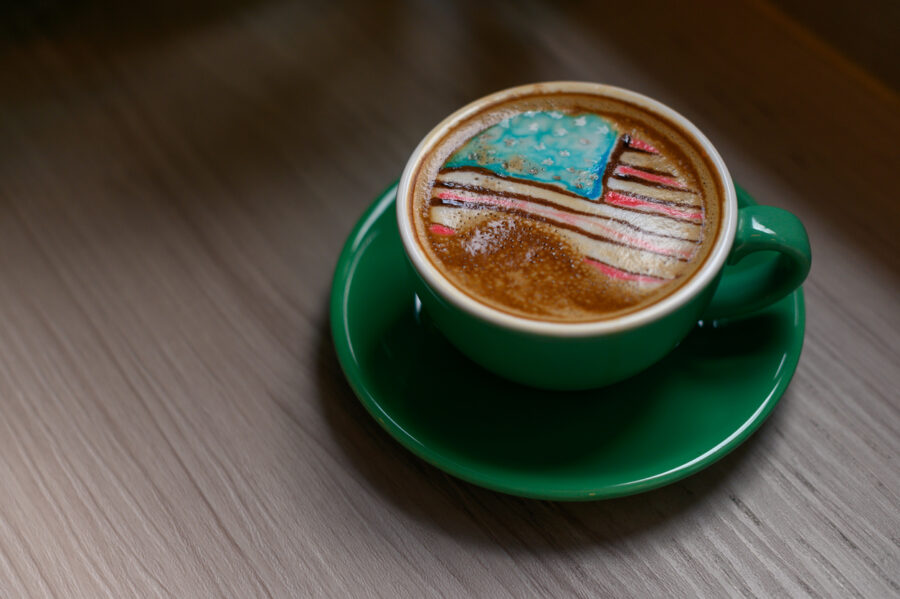 Today’s blend is a little juicy, though with a hint of five-year-old bitterness.

Time to Dry Clean That Pantsuit! Hillary Clinton in 2024?

She’s tan, rested and ready to bury the competition. Hopefully not literally. Is Hillary Clinton preparing to run again in 2024? A new opinion article in the Wall Street Journal, two Democratic operatives suggest Hillary may be the ticket for the Democratic ticket.

With Joe Biden a crumbling bust and Kamala Harris almost universally disliked, why wouldn’t Hillary toss on the ol’ pantsuit, paint herself as the very picture of moderation, and give it another go? You know with Trump itching for 2024, she’s hungry for another crack at Big Bad Orange.

After all the Dem complaining about Trump being illegitimate and all the shenanigans of 2020, there is a certain rightness to Trump-Clinton II: “This Time It’s For All the Marbles.” Both Trump and Hillary have a bit of Col. Jessup in them. “You need me on that debate stage! You want me on that debate stage.” Plus Trump-Hillary II provides an unspoken agreement from the body politic that 2024 will shut up any complaints about 2020 and 2016.

That aside, for the shear entertainment value, wouldn’t you love to see a 2024 Democratic primary with Hillary Clinton against any of her potential rivals?

Hillary is undoubtedly miffed that the efforts to fix the election for Biden were more successful than the efforts to fix her race against Trump.  And you think she’s happy lightweight Kamala Harris is the first female elected to national office? No way would she let either of those two hide in the White House bunker for a campaign. She’s kept a key to the place all these years, will march in and grab which ever one’s running and toss them out on the White House lawn, if that’s what it takes.

And Pete Buttigieg? He has no idea what a real campaign looks like. Hillary will sound like Phil Hartman as Sinatra on SNL. “I’ve got pieces in my stool bigger than you.”

And if AOC gripes about Hillary running? “Sit down, barkeep. Even Bill doesn’t want to date you.”

In all seriousness, what’s it say about the condition of the Democratic Party that dragging Hillary out of the woods is seen as an option?

Huh? Capitol Hill Officer Who Killed Ashli Babbitt Refused to Be Interviewed by DC Police or FBI? And They Seemed Fine With That?

Sure, he was happy to gab to friendly NBC once Biden’s DOJ let him off the hook, but turns out Capitol Police Lt. Michael Byrd refused to answer questions from the DC Metropolitan Police and the FBI about his killing of Ashli Babbitt. This according to RealClearInvestigations. MPD documents confirm Byrd “declined to provide a statement.” Nor was he formally interviewed.

Yet rather than press him for a statement explaining why he gunned down the unarmed Air Force vet on January 6, the Feds and DC police simply let him slide. Turned the case over to the USCP for an administrative review. A “whitewash,” Babbitt family lawyer Terry Roberts says.

Byrd told NBC News he warned Babbitt, but witnesses including three police officers dispute that. Plus, RealClearInvestigations notes, Byrd was out of Babbitt’s line of sight. She popped her head through and Byrd fired.

The big question: Who ordered the FBI and DC police to back off Byrd?

You know this guy Ray Epps, who spent two days urging on the Capitol Riot, yet the Feds have no interest in arresting? Even the crowd around him was yelling “Fed, Fed, Fed.” Pelosi’s bogus J6 Commission released a statement saying they had spoken to Epps in November and he denied being a Fed or working on behalf for any law enforcement agency.

Two quick questions: Was he under oath? If what he says is true, then why isn’t he in the DC prison gulag with detainees who just happened to be at the Capitol? Actually, there’s a third question: Given the committee is filled with Adam Schiff and other Russia Collusion hoaxters, why believe what they’re saying about Epps anyway?

Yet, the prize goes to Rep. Adam Kinzinger. He tweeted about Epp’s chat with the commission and offered Epps a “thank you” for his cooperation. He also says of Epps, “apparently he broke no laws.” This is how deranged Kinzinger is. He considers Trump an insurrectionist for calling for “peaceful and patriot protests” and yet is thanking Epps, who is on video calling for the storming of the Capitol.

California Screaming on Such a Winter’s Day

With apologizes to the Mamas & the Papas, California Dreamin’ is turning into California Screamin.’ Two new stories perfectly illustrate why residents are fleeing the once golden state.

Gov. Gavin Newsome has put down his fork at French Laundry and offered up a plan to provide universal health care for illegal immigrants.

The California Department of Health has told hospitals it can force COVID-positive health workers back to work if they are asymptomatic and the need arises. Of course, the need has arisen because at the same time, California health workers are being fired for not being vaccinated.

In what universe does that make any sense?

How Low Can You Go? CNN’s Ratings Down 90% in Some Categories from A Year Ago

Cable ratings are out for the first week of January, and if you’re CNN you are begging for a time machine. Or the return of Trump. CNN is down a full 50% from last January, and in some categories has dropped 90%. 90%!

No surprise that 24 hours a day of fake news, perverts and sour-pusses would doom the once-great news network. The bigger surprise? CNN boss Jeff Zucker still has a job. They could hand the network over to Nick Sandmann and be better off.

What positive advice could we give CNN? I mean, beyond “Sell!” Rebrand. Or more accurately, go back to their origins. Be a bipartisan home for news and political junkies. Run opinion shows that feature equal debate with sharp hosts that call out BS. You offer Megyn Kelly the moon to be your prime time star. Recruit talent from the world of citizen journalists. Energetic souls, not elite snobs.

An apology for lying for five years would be nice too!

Ronnie Spector of the Ronettes Passes Away

Finally, we say goodbye this morning to one of pop music’s all time cherished voices. Ronnie Spector of the Ronettes. Spector passed away Wednesday at the age of 78 after a brief bout with cancer. Even if you didn’t know or remember the name, you knew the voice. The voice powering a string of Phil Spector wall of sound classics in the mid-60s, including “Baby, I Love You,” “Walking in the Rain,” and, of course, “Be My Baby.”

According to Variety, Zendaya was in talks to portray Spector in a bio-pic based on her autobiography. It’d be a tale of tragedy, abuse and recovery. And music that will live forever.

An absolutely beautiful ode to taking care of the small things to make a better world from Caitlin Bassett: “Uprooting the Evil in the Fields.”

Plus, is getting fit giving you fits? Stream contributor Alex Chediak has some simple tips that have helped him in “Those Pesky Diet and Exercise New Year’s Resolutions.”