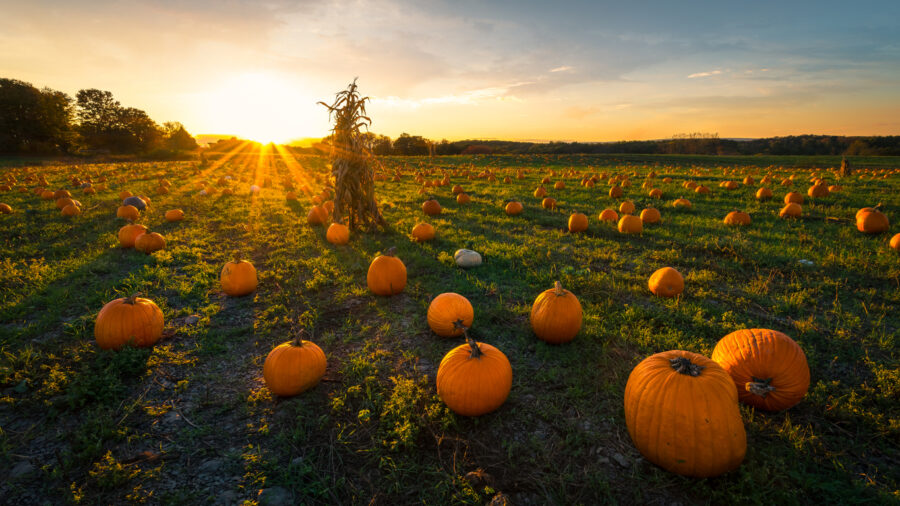 Today’s Brew is a zesty one … with a touch of pumpkin spice!

And we just had to start out with a little fun.

It’s almost sad. Really. You know that spacey Kamala Harris video where she’s waxing ridiculously rhapsodic about space and science, like she’s channeling Mr. Roger’s manic niece? You’d feel sorry for the kids. Except they were paid to be there. Yep, turns out, she was using child actors.

Child actors who had to be good enough to make Harris look relatable.  It was easier for Haley Joel Osment to not let on that Bruce Willis was dead in The Sixth Sense than it was to make Harris look personable. For Drew Barrymore and Henry Thomas to get teary over ET. The young Alicia Witt playing an adult in the David Lynch version of Dune? Child’s play.

It gets better. Or worse. Or at least beyond all parody. Do you know the name of the production company being used for the video series?  Sinking Ship Entertainment.

We chuckle. Then we wonder. Is Kamala soooo clueless as to not see why that would be a problem … for an administration that’s failing miserably? And how is it possible someone so clueless so close to being president?

Las Vegas Raiders Coach Jon Gruben has resigned under pressure after old emails from before he was hired showed up in the New York Times. The emails highlighted are indeed misogynistic, R-rated, with some homophobic and racist overtones. Gruben apologized for the emails, saying they were written at a “bad time” in his life.

The offending emails came in exchanges with former Washington Football Team executive Bruce Allen, and were uncovered during the investigation into the toxic atmosphere of the old Redskins organization. Which begs the question: Mr Goodell, why are emails from an investigation by your people ending up in The New York Times? What motivation is behind those emails being leaked, knowing they would end up with Gruben quickly cancelled?

Donald Trump Jr. made an interesting point on Twitter:

The same left-wingers that want to burn John Gruden at the stake for saying some stupid things in private emails from 10 years ago were awfully quiet when leaked texts that were much more recent (2018!) showed Hunter Biden repeatedly dropping the N-word.#LiberalPrivilege

I can’t prove it, but I believe the creators of the Yiddish language made the word “chutzpah” especially for Hillary Clinton. Hillary told the ladies of The View that Donald Trump is creating a “constitutional crisis” because of his insistence the 2020 election was fixed.

Naturally, the women of The View burst out laughing, shouting, “YOU’RE saying that? You of all people?!?!? You who spent four years insisting Trump and Russia stole the election from you and he was an illegitimate president??! That’s the best laugh this show has had since Elizabeth Hasselbeck KO’d Rosie O’Donnell!”

Of course they didn’t do that. The last time a host on The View mildly challenged Hillary she was tossed out the door faster than you can say “Jedidiah Bila.”

“The Election Wasn’t Stolen, It Was Bought by Mark Zuckerberg”

In another Alinski-esque twist, Hillary also blamed the widespread questioning of the 2020 election on Facebook, the “misinformation network.”

This, the same day The Federalist runs a devastating article from William Doyle demonstrating how Facebook founder Mark Zuckerberg bought the 2020 election for Joe Biden, spending $419 million on local governments and government officials to rig the game in several swing states.

And, of course, Facebook spent 2020 and the period since the election, working overtime to quash stories negative about Biden and silence the voices of MAGA nation.

Meanwhile, according to Just the News, the special counsel in Wisconsin who is investigating the election shenanigans there is reportedly putting “strong focus on the role election bureaucracies played in changing the rules — without legislative consent — for how ballots were sent out, filled out, collected and counted.”

Zuck Bucks went directly to those bureaucracies. And such changes are unconstitutional … if Hillary wants to talk “constitutional crisis.”

Despite the mainstream media spending all year accusing Trump of “The Big Lie,” and the MSM and Big Tech censoring or dismissing any evidence of election fraud — lying about the Arizona audit, for one example — a majority of Independent voters now believe cheating impacted the 2020 Election.

According to the Rasmussen Poll, fully 54% of unaffiliated voters think it is likely or very likely cheating affected the election. Over all 56% of registered voters think the election was bogus. That is up five full points since April.

How can any sane person not see that Fulton County’s elections are completely corrupt? The latest? Georgia is now asking the DOJ to investigate Fulton County after two election workers were caught shredding at least 300 voter applications for elections coming up this fall, Just the News is reporting. The county’s leadership ” disenfranchises Fulton voters through incompetence and malfeasance,” says the Secretary of State Raffensberger.

Good luck getting DOJ to do anything about it. If it wasn’t for Fulton County’s treachery, along with that of Maricopa County in Arizona and the Wisconsin counties bought with Zuck Bucks, none of the top brass would have their jobs.

One of the strangest tales to come out of the Swamp in a while.

Auntie Maxine Waters proved again why she’s a few candles short of a candelabra Tuesday. Waters tweeted that her Twitter account had been hacked and erased.

I have been hacked and my Twitter account has been erased. I know who has done this. I will take care of this. M Waters.

Figure that one out.

Don’t worry. She’s only one of the most powerful people in Congress.

Talk About a “Great Pumpkin”!

Congratulations to Jeff Ulhmeyer of Olympia, Washington. He’s won this year’s Safeway World Championship Pumpkin Weigh Off, with a gourd weighing in at 2,191 pounds. Yes, a pumpkin that weighs more than a ton.

The Associated Press takes us to the competition:

By the way, compared to the Guinness World Record holder for biggest pumpkin, Jeff’s pumpkin is Gwyneth Paltrow.  The world record for heaviest pumpkin is 2,624 pounds, 9.6 ounces, grown by one Mathias Willemijns of Belgium.

The Stream’s Tom Gilson tears into misconceptions about Christianity and Science, in a brand new series. Today, Part One: “They Thought the World Was Flat, and Other Science-Religion Fables You’ve Been Fed”. You will not believe where the modern idea that people in the Middle Ages thought the earth was flat came from.