Plus a bit of holiday fun! 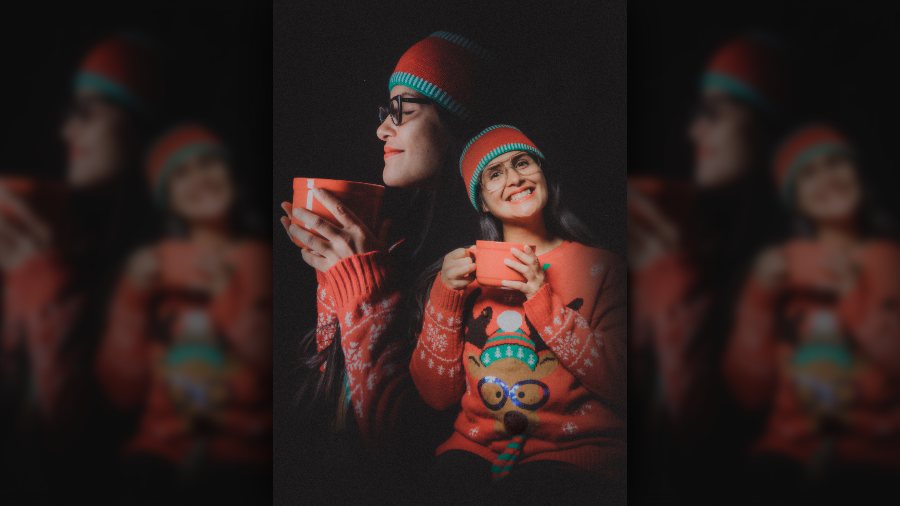 Before we get to today’s Brew, a message from our new sponsor:

A Message From Our Sponsor: The Perfect Sweater for Everyone on Your List!

Soaring energy prices leaving you in the cold? Being freezed out of your job by vaccine mandates? The thought of three more years of this administration leave you shivering? Then you need the Build Back Sweater.

Spun from decades of socialist propaganda, the Build Back Sweater is this holiday season’s greenest new deal.

Forget that ugly Christmas sweater. The one-size-fits all Build Back Sweater will simply delight the comrade or the Karen in your life.

There’s no better way to have the wool pulled over your eyes than with the Build Back Sweater. Made in China. Personally endorsed by Joe Biden.

The Build Back Sweater. Only $3 Trillion dollars, plus shipping and handling.

The Build Back Sweater. It won’t just warm you up, it’ll leave you steamed.

Okay, we made that up.

Less than 48 hours after an arsonist torched their All-American Christmas Tree in Manhattan, Fox News celebrated its re-building and relighting last night during The Five.

There was one hiccup, when Five co-host Greg Gutfield was mistaken for one of Santa’s elves. (Just joking.)

The suspect Craig Tamanaha set the tree ablaze early Wednesday morning, and was quickly captured. (And appallingly, quickly released without bail.) Still, for reasons we can all guess, the New York Times acted as if the tree spontaneously combusted.

Flaming Christmas Tree just got its own show on FoxNews!

Bad move. He was quickly burned to a crisp by Gutfeld, who hosts Fox News’ late night dominating show Gutfeld.

and its already beating you in the ratings. https://t.co/jF9q0gMouB

Try That With the Koran: Fairfax County Library Caught Putting LGBTQ Books Next to Bible in “Holiday Reading Display”

A Fairfax County (Va.) library thought it would be cute to be sacrilegious. In what it called a “holiday reading display,” the library put the controversial books Gender Queen and Lawn Boy next to the Bible. Both are considered obscene and pedophilia-affirming by parents. The AP story added that the display included “a number of troll dolls.”

The Dolley Madison Library removed the books after outrage erupted over the display.

In a spin worthy of a top, Fairfax County Public Library Director Jessica Hudson told Fox News: “The Dolley Madison Library holiday reading display was intended to highlight the freedom to read and the fact that many library patrons have more time during the holidays to do so. It was not the intention of staff to create a display that could be construed as offensive.”

Really. Somebody puts Gender Queen next to a Bible, and they don’t know they’re being offensive? Shelve that under “ridiculous.”

Remember “Russia, Russia, Russia”? Today, Russia has massed about 100,000 troops on Ukraine’s border. Joe Biden’s solution? Convince Ukraine to just hand over territory to Russia. More specifically, let the eastern regions aligned with Russia be “autonomous.” So, in effect, Putin’s. That is, Russian, not Ukrainian.

At least that’s what the Associated Press is reporting.

Don Jr. gave a Russian lawyer 15 minutes to talk about adoption and it was worth a three-year investigation.

You really think Biden will do anything for Ukraine? This is the same Joe Biden who threatened to withhold a billion in defense aid when VP unless they fired the guy investigating Hunter Biden’s company.

Then again, Biden did say sending U.S. troops to the border isn’t off the table. And yeah, that would be to protect Ukraine’s border. Our border? You must be drinking spiced egg nog.

Hillary Delivers Her 2016 Victory Speech? Why?

During a streaming “MasterClass” the other day, Hillary Clinton decided to deliver her 2016 victory speech. The one she never got to deliver because she lost. (Instead, she reportedly delivered a few roundhouses to campaign manager John Podesta. And a tantrum that would make Bobby Knight blush.)

The speech itself waxed poetic about the meaning of being the first female president, with Hillary getting tearful when imagining what she’d say to her late mother. All swell and good.

But why read it five years later? After spending five years blaming everyone but herself for losing. After never acknowledging Trump beat her straight up. In a “MasterClass” people have to pay for? What is the subject? A lesson in narcissism?

Naturally, Clinton is being widely mocked. Except, of course, by the women of The View who thought Hillary’s speech was The Gettysburg Address in a pantsuit.

HILLARY CLINTON READS 2016 “VICTORY” SPEECH: In a class on resilience, Hillary Clinton read the presidential speech she would have given had she won and fought back tears while talking about telling her late mother that she became the first female president – the co-hosts react. pic.twitter.com/xOo9W2nQlS

You think I’m kidding? Co-host Ana Navarro thought the never-delivered speech should go into the Smithsonian. But she does make a fair point. There will be a female president one day, and like Hillary or not, that first female president will be “standing on the shoulders” of Hillary Rodham Clinton.

Well, unless it’s Kamala, who’d be standing on the casket of Joe Biden.

Don’t Worry. His Finger Is Just on the Nuclear Button.

Speaking of Biden and speeches and caskets …

The Senate has passed a bill removing Biden’s vaccine mandates. White House spokeswoman Jen Psaki said, “If the bill reaches his desk, he will veto it.” Oh, Jen. But will he know what he’s signing? Even if he reads it?

On Thursday, Joe spoke at the U.S. Capitol ceremony honoring the late great Sen. Bob Dole, reading from a prepared speech. Unfortunately, Biden at one point demonstrated again he has no comprehension what it is he is reading.

.@JoeBiden reads the instructions while paying tribute to Bob Dole:

"And then the message said… end of message." pic.twitter.com/2icA8FPnj1

One last thing, more serious than politics. I’m finishing this on Thursday afternoon. In a few minutes I and the other Stream editors here in Euless will be going to LIFE Outreach’s annual donor banquet. Many of you know the inspirational LIFE Today show James and Betty Robison host. But LOI’s work is even greater than that.

Our sponsoring ministry also serves some of the poorest and most vulnerable people in the world. Mission: Feeding feeds 350,000 children in villages across Africa. Mission: Rescue Life works to save children from sex traffickers, to rescue women and children caught in that world, and the restore them to the beauty God designed for them. Mission: Christmas Shoes provides comfortable, durable, all-terrain shoes to impoverished children.

And LOI’s founding work, Water for Life, has dug over 7,000 wells in villages and rural areas around the world.

These ministries —  and the ministries LOI supports — literally save lives — and not only save them but change them. All of us at The Stream feel blessed and honored to be part of a ministry that does such extraordinary work for vulnerable children and women — people much of the world has forgotten about. Please consider giving and joining the amazing LOI donor family.