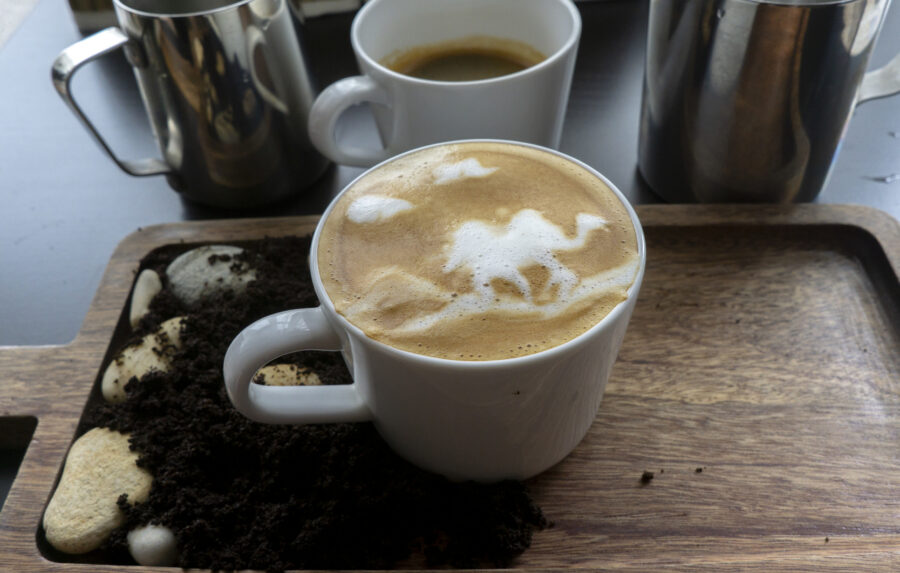 Welcome to Wednesday … or Hump Day … or Grump About Being in a Gas Line Day.

But before we hit the roads or the lines, let’s sip some of the stories worth our while.

Gas lines, violence in the Middle East, economy in stagnation, all we need is bell bottoms and the Osmond Brothers and we’re back in the mid ‘70s!

The hack of the Colonial Pipeline is causing a mess at gas stations, particularly in the southeast. North Carolina’s Governor has declared a state of emergency. So did Virginia’s governor. Pumps are running dry. People are scrambling.

Energy Sec. Jennifer Granholm says that the current gasoline situation is a "supply crunch," not a "gasoline shortage." pic.twitter.com/KL6PX9FIqf

The New York Times was declaring “There have been no long gas lines.”

Why the word games? (Aside from the White House thinking you’re stupid.) Because “gas shortage” and “gas lines” evoke the failed presidency of Jimmy Carter.

For over a year now in much of the country, you’ve had to wear a mask while wandering around outside … unless, of course, you are a BLM member or ANTIFA rioter. Why? Because we were told we were at risk, even if we were walking alone on a beach. The CDC declared last April that while a majority of COVID cases are spread indoors “less than 10%” came from outdoors transmission.

That 10% was a grotesque exaggeration, The New York Times is reporting. The true figure is less than one percent, and could be even lower than .1%.

Here’s your money quote from the Times: “There is not a single documented COVID infection anywhere in the world from casual outdoor interactions, such as walking past someone on a street or eating at a nearby table.”

And yet student athletes in some jurisdictions are still being forced to wear masks when competing outdoors. And strangers still panic in the street if they see you without a mask.  And Joe Biden still wanders the White House lawn with a mask. It’s a “patriotic responsibility,” he says. Give Liberty, Or Give Me Mask!

Roughly 13% of the 2.1 million ballots in Maricopa County have been counted in the Arizona Election audit thus far, an official said Monday. That’s about 275,000 ballots.

The Arizona Senate has leased the Arizona Veterans Memorial Coliseum until May 14, then a slew of graduations take over the joint. If necessary, the recount will continue at another site within the Coliseum. Cameras will still capture all the action for all to see.

Last Friday, audit director Ken Bennett revealed that Dominion Voting Machines is defying a subpoena and refusing to turn over the passwords to their machines.

Meanwhile, in Michigan, attorney Matthew DePerno was back in court Monday arguing he had proof of votes deliberately being switched from Trump to Biden in Antrim County. He asked the court to allow him to expand his investigation.

The number of votes is MASSIVE and determinative. This will prove true in numerous other States. All Republicans must UNIFY and not let this happen. If a thief robs a jewelry store of all of its diamonds (the 2020 Presidential Election), the diamonds must be returned.

Curiosity may have killed the cat, but lack of curiosity is killing America. Or so argues Mark Judge in his new column out at 7 a.m. Eastern, “Why Curiosity Trumps Jordan Peterson’s Twelve Rules for Life.”

The lady who’s done more to divide the GOP than anyone, Rep. Liz Cheney, could be in for a rough day. She is expected to be dropped as the #3 Republican in the House, primarily over her obsession with attacking Trump. House Minority Leader Kevin McCarthy has scheduled the vote on Cheney for today.

Look on the bright side, Liz. Your ouster comes just in time to enjoy more summer time fun in the sun. Or take in Wicked.

The Circle of Life … and Broadway

Three of the biggest shows in Broadway history will be re-opening September 14. Wicked, Hamilton, and The Lion King. Cast members from each show made the announcement Tuesday on Good Morning America.

The Great White Way has been shut due to COVID for over a year now, but tickets for the new season went on sale last week.

As a reminder of how great American musical theater can be, check out this Tony Awards performance from 1998 when Simba and friends first arrived on the Broadway scene. From The Lion King, “The Circle of Life.”

Even if you’re in a gas line, that song can’t help but get you “pumped” up!

Take Your Case on Electoral Fraud to the People, Mr. President