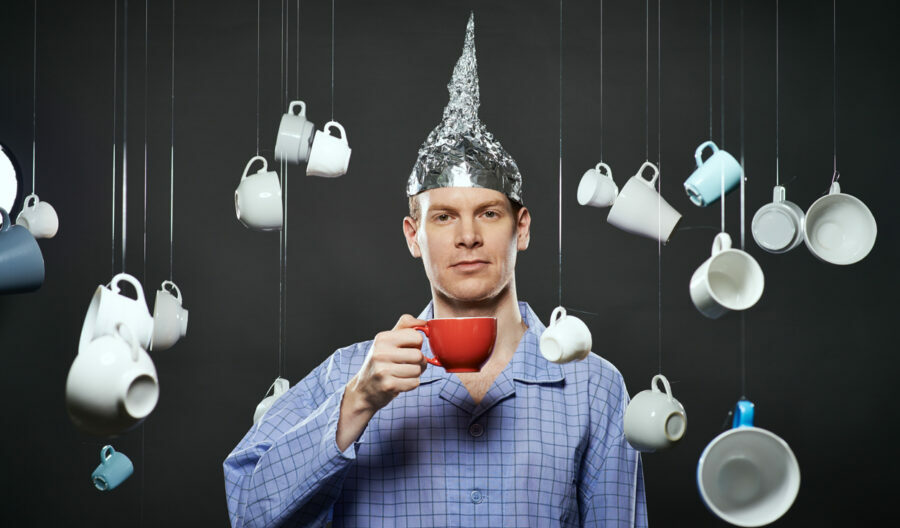 We won’t need a jolt of caffeine for this eye-opener starting us out.

Will Trump be back in the White House come August? That’s what New York Times columnist Maggie Haberman claims Trump is telling people. (Then again, she was one of the leading pushers of the Trump-Russia Collusion Fraud.)

Tweeted Haberman: “Trump has been telling a number of people he’s in contact with that he expects he will be reinstated by August” she claimed, adding, “(no that isn’t how it works but simply sharing the information),”

Trump has been telling a number of people he’s in contact with that he expects he will get reinstated by August (no that isn’t how it works but simply sharing the information). https://t.co/kaXSXKnpF0

That’s news to Trump’s former senior legal advisor Jenna Ellis. She tweeted Trump “is not going to be reinstated.”

The election was lawless, six states allowed their delegates to vote by false certifications, but the EC process happened.

The Constitution has only one process for removal of a sitting president: impeachment and conviction.

No, President Trump is not going to be “reinstated.”

She argues the “best thing we can do as constitutionalists moving forward is to ensure this utter disregard for states’ election laws never happens again.”

States are trying, but Democrats are fighting at every turn. For example, Texas was about to pass voter integrity legislation Sunday night, but House Democrats fled from the chamber, denying Republicans a quorum. Gov. Greg Abbott will be calling for a special legislative session this summer.

Meanwhile, CNN and MSNBC have spent a couple days selling the idea that Gen. Michael Flynn is advocating a Myanmar-style coup in the United States. Gen. Flynn is unequivocal: “For all the fake news ‘journalists’: Let me be VERY CLEAR,” he wrote, “there is NO reason whatsoever for any coup in America, and I do not and have not at any time called for any action of that sort.”

But we do have to ask the question: What happens if Arizona, Georgia and other state audits turn up irrefutable proof of a fix? That Trump did, in fact, legitimately win? Is the only peaceful remedy really “Sorry, you 75 million people. Gotta wait ‘til 2024”?  Live with Joe Biden being the Houston Astros of Presidential politics?

Like Gas Going Through the Roof? You’ll Love This!

Joe Biden plans on canceling oil and gas leases in the Arctic National Wildlife Refuge, according to The New York Times. Trump had opened up 1.6 million acres along Alaska’s north coast for oil and gas exploration in 2017.

The move wasn’t unexpected. Asking this administration to give up its war on American fossil fuels is like asking Biden to give up chocolate chip ice cream.

However, Russian fossil fuels are fine. According to the U.S. Energy Information Administration, the U.S. imported nearly 23 million barrels of Russian crude in March. Crude was selling at roughly $65 a barrel in March, putting Putin’s haul at $1.45 billion.

Meanwhile, gasoline prices edging near $6 dollars a gallon have been spotted in Los Angeles. Average price last week in L.A. topped $4.07. Nationally, the average as of May 24 was $3.11.

Remember the Missing Persons song lyric “Nobody Walks in L.A.”? With gas prices being what they are, Angelenos will indeed be “Walking in L.A.”

An ICE-hating, BLM-loving Denver school board member named Tay Anderson is facing allegations of sexually assaulting over 60 students, nearly all of whom are illegal immigrants.

Anderson had actually been under investigation by the Denver Public Schools after a woman told a local Black Lives Matter chapter in March she had been sexually assaulted by the activist.

However, the scandal blew up big last week when parent Mary-Kathering Brooks Fleming testified before the state House Judiciary Committee about an unnamed “sexual predator” in a “position of trust” targeting students. She said 62 people had come to her for help. 61 were undocumented or part of DACA.

The allegations ranged from unwanted touching to ‘violent acts of rape,’ but the young people were so afraid, “they could not whisper his name.

Said Brooks Fleming. “It is horrifying to realize that someone had preyed on these children, knowing their silence was guaranteed.”

Anderson is denying all charges through his lawyer Christopher Decker, “Director Anderson will be cleared of these poisonous and false claims.”

Not incidentally, in July 2019 Anderson was an active participant in an anti-ICE protest in Aurora, Colorado. As Chalkbeat reported, protesters “took down an American flag and tried to burn it. They then raised the Mexican flag in its place.” Anderson denied being part of the group that took down the flag or spray-painted “Abolish ICE” on a “Blue Lives Matter” flag.

However, the next day on Facebook he posted “Flags are replaceable, but the children dying at the border are NOT.”

No wonder he wants to abolish ICE: To a sexual predator, open borders are manna from hell.

A new strain of COVID has been on a deadly tear through India. Dr. Michael Brown reports on “How the Churches in India are Responding to the COVID Calamity.”

And finally, get Hallmark Channel on the horn! Nancy Flory has the amazing “Joy Break” story of a woman who donated a kidney to her new hubby’s ex-wife … two days after their wedding. It’s Called “God Told Me ‘You Need to Do This’.”