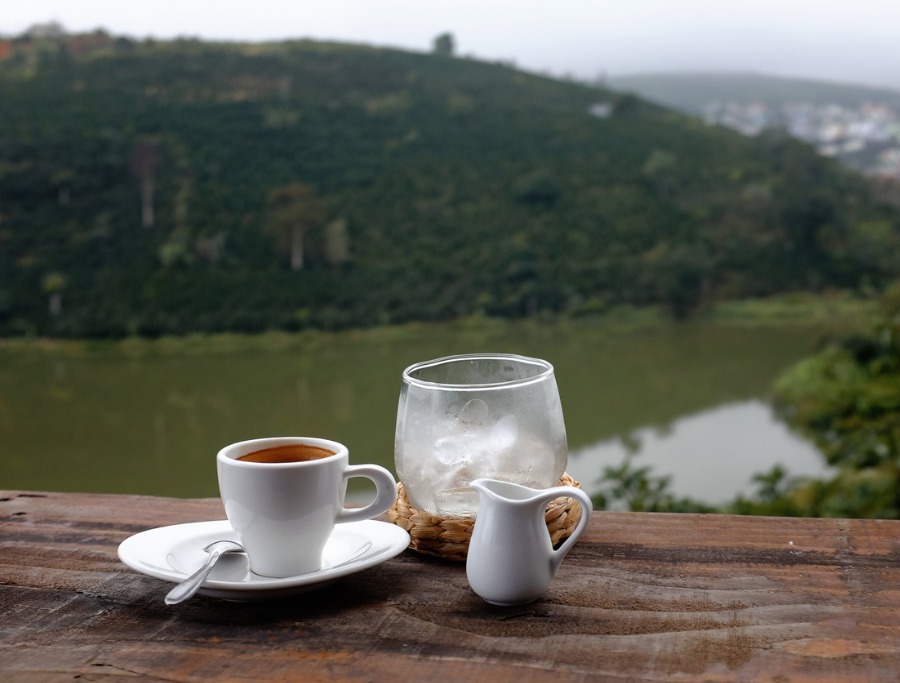 NOTE: Yeah, we’re changing the name of our daily effort. We love our little coffee logo on our email newsletter soooooo much, couldn’t help it.

Welcome to our fresh brew of yesterday’s eye-openers and today’s highlights to help get your Tuesday rolling.

We start with a story that is out of this world.

You wouldn’t believe what I just saw.

NASA on Monday launched the mini-helicopter Ingenuity from the surface of the Red Planet. “We can now say that human beings have flown a rotocraft on another planet,” declared MiMi Aung, Ingenuity project manager. The historic flight lasted 40 seconds.

It happened. Today our #MarsHelicopter proved that powered, controlled flight from the surface of another planet is possible. It takes a little ingenuity, perseverance, and spirit to make that opportunity a reality: https://t.co/oT3rrBm6wj pic.twitter.com/u63GKshp0G

The four-pound solar powered craft had reached Mars aboard the Mars rover Perseverance in February. Is it just me or does it look like a mosquito?

NASA is comparing today’s historic achievement to the Wright Brothers’ first flight in Kitty Hawk in 1903. In fact, a small swatch of fabric from the Wright Brother’s first flyer is tucked under Ingenuity’s solar panel.

Closer to home, another important launch didn’t go quiet as smoothly. Mike Lindell’s new free speech social media site Frank launched at 8 a.m. and the site promptly crashed. In fact, the website FrankSpeech.com was up and down all day. Lindell blamed a “massive attack” for the difficulties in a post on his Telegram account. (Newsweek couldn’t resist adding “without evidence” to its story about Lindell’s claim.)

When you do get to sign up for Frank, remember Proverbs 4:24: “keep perversity far from your posts.”

Meanwhile, in what is surely a coincidence, Apple announced Monday it’ll be allowing the Parler app back into the Apple store. In other words, strengthening Frank’s competition. Rep. Ken Buck calls the decision a “huge win” for free speech.

During the Frank video launch, Mike Lindell and famed liberal legal icon Alan Dershowitz announced a $1.6 billion dollar counter-suit against Dominion Voting Systems. Dominion sued Lindell — and his company My Pillow — for his personal statements that Dominion computers were hacked and manipulated during the 2020 election, leading to Biden’s “victory.”

Meanwhile, down in Arizona the hand audit of 2.1 million ballots in Maricopa County is scheduled to begin this week. Officials met Monday, and State Senate president Karen Fann told OANN the actual count would begin Thursday.

The Maricopa County Board of Supervisors has been fighting tooth and nail against the audit. In what is surely a coincidence, Maricopa County received $3 million before the election from a Democratic non-profit funded by Mark Zuckerberg.

Remember how the media declared Capitol Hill Police Officer Brian Sickick was murdered by Trump supporters January 6? Hit by a fire extinguisher was the original story. And House Democrats repeatedly brought up Sicknick’s “murder” during the impeachment?

Our prayers go out to the Sicknick Family not just for their loss, but for the cynical cruelty with which his death was falsely used as a weapon against Trump and his supporters.

Can You Get Any More Warped?

So we know Maxine Waters on Saturday told a crowd at an anti-police rally Saturday night that they need to “get more confrontational” with police. What we didn’t know until Monday was that Maxine demanded a special police escort and motorcade to and from the anti-police protest.

If arrogance were eggs, Maxine could make an omelet the size of Minnesota.

In Donald Trump’s first three months in office the mainstream media gave him 89% negative coverage. No honeymoon for Trump. Straight to divorce court.

To contrast, Newsbusters says that in his first three months, Joe Biden’s gotten 59% positive coverage. This despite the border crisis, ongoing lockdowns, energy prices going through the roof, dodging press conferences … and yes, his unfortunate fight with the Air Force One staircase. His dog Major is having a tougher go of it with the press.

My question for the day: Where’s PETA when you need them?

Mike Huckabee has a column on how “Backlash Intensifies Against Leftist ‘Cancel Culture’,” including what he calls “what might be the greatest and most articulate letter that has ever been written in the history of public education.”  Specifically, a letter from parent Andrew Gutmann, who’s fed up with his daughter being inflicted with critical race theory.