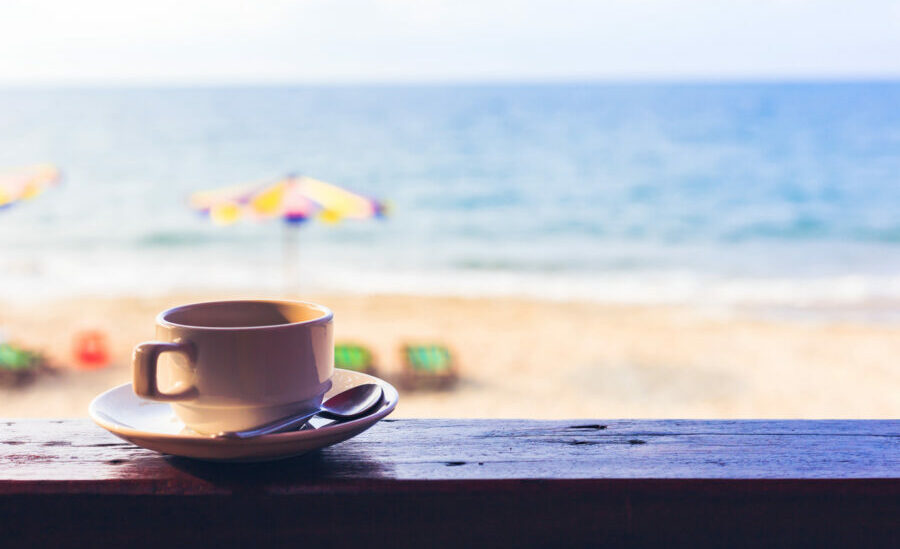 It’s a new month, a short work week, and (unofficially) summer is underway! What better time to enjoy a fresh new Morning Brew!

We start with a beautiful blend from Kenya.

Secretary of Atheists in Kenya Society Resigns After Finding Christ

“This evening, regretfully, our Secretary Mr. Seth Mahiga made the decision to resign from his position as Secretary of our society. Seth’s reason for resigning is that he has found Jesus Christ and is no longer interested in promoting atheism in Kenya.”

They also shared a brief clip of Mahiga at the church service where he announced his decision.

A mystery in Georgia. A potentially ominous one. Last Thursday, a flood of last minute motions by Democrats in Fulton County stopped plans to unseal the county’s absentee ballots Friday morning. Saturday, Newsmax reporter Emerald Robinson tweeted a stunning scoop: “Attorney dealing with Fulton County GA on audit of more than 145K ballots from 2020 election tells me that alarm went off today at secure building where ballots were kept. The building was found wide open & unattended.”

This is a picture is that the attorney provided of the door left open at the supposedly secure building were the ballots are being kept. pic.twitter.com/jfqJ2zkdtt

According to an email obtained by Robinson Monday, two Fulton County Deputies assigned to watch the building apparently left 20 minutes before the alarm went off. Oh, and there had been another alarm the previous Saturday too. That would be a day after Judge Brian Amero had ordered the ballots unsealed and examined.

Two Fulton County deputies who were assigned to watch the secure building where the ballots were being kept appear to have the left the building 20 minutes before the alarm went off. pic.twitter.com/5B9Ej5nyul

So … twice since a judge ordered an examination of the Fulton County absentee ballots, and once right after Democrats force a delay in that review, someone tried breaking into the building where the ballots are stored. Right after Fulton County deputies abandoned their court-ordered post.

Dear media, doesn’t that raise your eyebrow even a teeny-weenie bit?

Not that we want to have toooooo many reminders of 2020: Hundreds of boats took part in a Trump boat rally in Jupiter, Florida on Memorial Day. In addition to American flags, boats carried such slogans as “Trump Is My President,” “Trump Won,” “This Area Is a Liberal-Free Zone” and “Trump 2024.”

The rally “wowed” the man himself.

“Wow! I hear they have thousands and thousands of boats parading in Jupiter, despite the fact that they tried to cancel us,” Trump posted, “Everyone is having an incredible time. On this day, we especially appreciate everyone who served and fought for our great Country. I love you all!”

Earlier in the day, he had posted a Memorial Day message::

America’s warriors are the single greatest force for justice, peace, liberty, and security among all the nations ever to exist on earth. God bless our fallen Soldiers, Sailors, Coast Guardsmen, Airmen, and Marines. We honor them today, forever, and always.

One Year Ago: Antifa/BLM Hosts Weinie Roast at White House

Quite a difference from a year ago, when Antifa and BLM were setting fires and trying to storm the White House.

Or maybe they were just making S’mores, judging from how Nancy Pelosi and friends reacted.

Antifa setting fires outside the White House – one year ago today https://t.co/LuezB9LzJI pic.twitter.com/tNUNiNaKN7

One man who figured out the BLM con is St. Paul BLM founder Rashard Turner. He resigned from the group after learning from the “inside” the “ugly truth” about BLM’s lack of interest in actually helping the black community. Said Turner,

“After a year on the inside, I learned they had little concern for rebuilding black families, and they cared even less about improving the quality of education for students in Minneapolis.

You can watch his video “The Truth Revealed about BLM” here.

Fox News’s experiment in becoming MSNBC-light was an abysmal failure. And after their openly hostile to Trump coverage election night, Fox News viewers fled in droves to Newsmax and OANN. A light bulb finally went off, and the network has been purging many of its liberal and Never Trump personalities. The latest to go? Former DNC chair Donna Brazile. She’s at ABC now, and insisting her split with Fox News was amicable.

Today on The Stream

Dr. Michael Brown directly challenges a WaPo editorial that, in essence, calls on evangelical Christians to abandon Israel to its enemies. “No, It Is Not Time for Evangelicals to Reconsider Standing With Israel.”

This weekend marked the unofficial start of summer.

Which has me wondering: Would Operation Warp Speed work to find a cure for the “Summertime Blues”?

Thank you, Eddie Cochran, for getting our new month rockin’.

C’mon, everybody. Enjoy your day!