Biden Borrows from the Gipper, Jews Targeted in L.A. and Life Wins Big in Texas 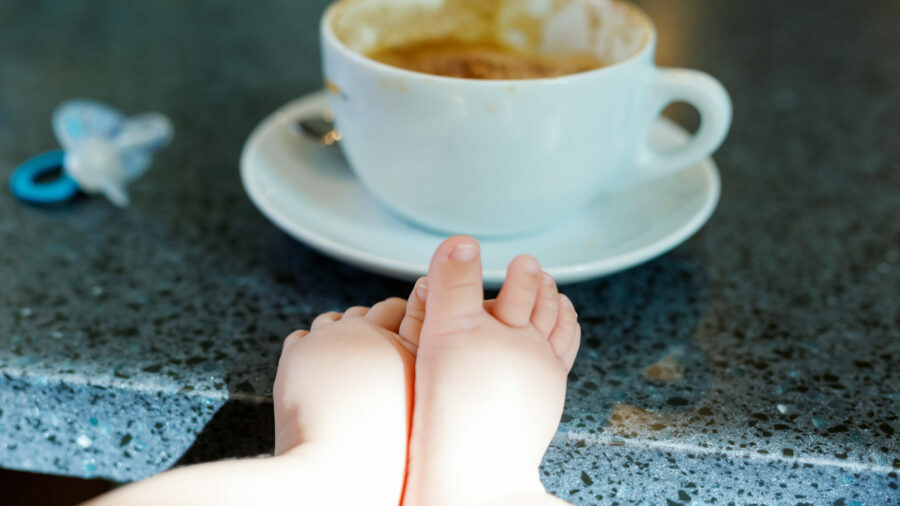 Today’s Morning Brew begins with a tip of the cup to Texas and a victory for life.

The heartbeat bill is now LAW in the Lone Star State.

This bill ensures the life of every unborn child with a heartbeat will be saved from the ravages of abortion.

Thank you @SenBryanHughes, @ShelbySlawson, & #txlege for fighting for the lives of the unborn in Texas. pic.twitter.com/aolhUKM9tv

Of course, pro-abortion forces vow to fight the law.

However, the bill was crafted to avoid the pitfalls that had heartbeat bills in other states struck down. Instead of the state enforcing it, the act creates, as Texas Values put it, “civil liability for a person who performs, aids, or abets in an abortion after a heartbeat is detected and empowers citizens to file civil actions to enforce it.”

Abbott said during the signing ceremony, the Legislature “worked together on a bipartisan basis to pass a bill that I’m about to sign that ensures that the life of every unborn child who has a heartbeat will be saved from the ravages of abortion.”

We know who’s wearing the pants in the Biden Administration. The far-left. Remember far, far back to last week when Joe Biden was defending Israel’s right to defend itself against Hamas missile attacks?

Well, during his visit to Michigan Tuesday, Biden was given a stern tongue-lashing from the anti-Semitic Squad Member (but I repeat myself) Rashida Tlaib. Tlaib ripped Biden for going easy on Israel.

(Later, during a speech in Dearborn, Biden would lavishly praise Tlaib…while completely botching her name.)

And what do you know? Within 24 hours, Joe’s on the horn with Israeli Prime Minister Benjamin Netanyahu and “conveyed to the PM that he expected a significant de-escalation today on the path to a ceasefire.” Netanyahu brushed off the demand like a fleck of dandruff.

Hey, Joe. Maybe try for a “de-escalation” on your own streets. Within hours of Tlaib’s tarmac tirade, a roving band of pro-Palestinian protesters ravaged through the predominantly Jewish neighborhood Fairfax District of Los Angeles hunting and assaulting Jews. Richard Grenell tweeted out a video from the attacks.

This terror was done after @JoeBiden publicly praised @RashidaTlaib, a proud antisemite who calls for Democrats to take action against what she says are Israel’s human rights abuses. pic.twitter.com/Nue0rKOszq

According to eyewitnesses, a caravan waiving pro-Palestinian flags drove up, around 30 people jumped out and attacked a group of Jewish men dining at Sushi Fumi. Shouting anti-Semitic slurs, they demanded to know who was Jewish. When two men bravely stood up, they “proceeded to beat them up.”

Five people were injured in the antisemetic rampage. LAPD is investigating the attacks as a Jewish hate crime.

Not incidentally, BLM has come out, declaring itself ready to fight for “Palestinian liberation.” Big surprise. This same BLM ravaged through this same Fairfax District during last summer’s riots leaving behind the same antisemitic hate.

So far, not a peep of condemnation of last night’s attack on American Jews on an American street from the American president. No calls for “de-escalation.”

But he did have time to take a shot — if half-jest — at new U.S. Coast Guard grads.

Joe Biden gave the commencement Wednesday at the Coast Guard Academy. At one point Biden tried out a joke about the Navy. It went over about as well as a bout of sea sickness. As a former comedy writer, let me tell ya’, Joe, IT HAPPENS.

But rather than shrug it off, Joe decided to knock the new grads as a “really dull class.”

Making matters worse for Joe? He actually plagiarized the joke from Ronald Reagan’s address to the Coast Guard in 1988. As you can see, the line went over far better for the Gipper.

The House will be voting today on whether to set up a 9/11 or Warren Commission type commission to investigate what Democrats call the “insurrection” on January 6. Donald Trump calls the commission proposal a “trap” for Republicans.

Historical note: The Warren Commission wasn’t set up to discover the truth about the JFK assassination. Like what Pelosi is doing, this is fixing a narrative. The Warren Commission was set up to convince the public that Lee Harvey Oswald acted alone. Period. The recommendation for a presidential commission came just six days after the assassination, from Deputy Attorney General Nick Katzenbach, who told President Johnson, “The public must be satisfied that Oswald was the assassin; that he did not have confederates who are still at large.” Johnson announced the Warren Commission four days later.

And the rest, they say, is history… or historical fiction.

From the “Well, Duh” File

Two North Carolina counties that stopped cooperating with ICE have seen a dramatic surge in violent crimes. Or so says a report from the Immigration Reform Law Institute. (IRLI). According to The Epoch Times, the (Democratic) sheriffs in Wake County and Mecklenburg County both ran in 2018 promising to end their county’s cooperation agreements with ICE’s 287 (g) program. And they kept their promise.

Cooperation ended, and according to stats from the North Carolina State Bureau of Investigation, violent crime in every single category went up in Mecklenburg in 2019, and nearly every category in Wake.

From Our “Heroes Against the Woke” File: Latino Reporter Cancels Interview With Bigoted Chicago Mayor

Well, a tip of the cup to Chicago Tribune reporter Gregory Platt. He announced Wednesday he canceled a scheduled interview with Lightfoot when her office wouldn’t lift the ban. Platt is Latino. “Politicians don’t get to choose who covers them,” he tweeted.

I am a Latino reporter @chicagotribune whose interview request was granted for today. However, I asked the mayor’s office to lift its condition on others and when they said no, we respectfully canceled. Politicians don’t get to choose who covers them. https://t.co/YMW8M8ZgJm

Kamala Harris might not care as much about the color of reporters. But she cares what they say about her. According to a new profile in The Atlantic, Harris keeps track of journalists, and is touchy about those who don’t “fully understand” or “appreciate her life experience.”  According to the article, Harris is particularly peeved when she’s described as “cautious.” Or “careful,” “guarded” or “hesitant.”

After all, who’d want the second most powerful person in the world, armed with the most powerful arsenal in human history, to be careful?

So, help us out, Kamala. What other word can we use to describe someone in charge of the border crisis who’s now gone 56 days without either visiting the border or holding a presser about it?

Or for that matter, someone who is vaccinated kissing her own vaccinated husband while wearing masks?

Finally, Dr. Michael Brown has a question for you: “Are you suffering from prophetic burnout?” In article out early this a.m., Dr. Brown shares a “healthy, biblically safe method to rebuild your confidence in the prophetic.”

Don’t miss it! And have a joyful Thursday.