A likely bye-bye for Bibi, Kamala takes a bye at the border, and college basketball will say goodbye to a legend. But not for another year. 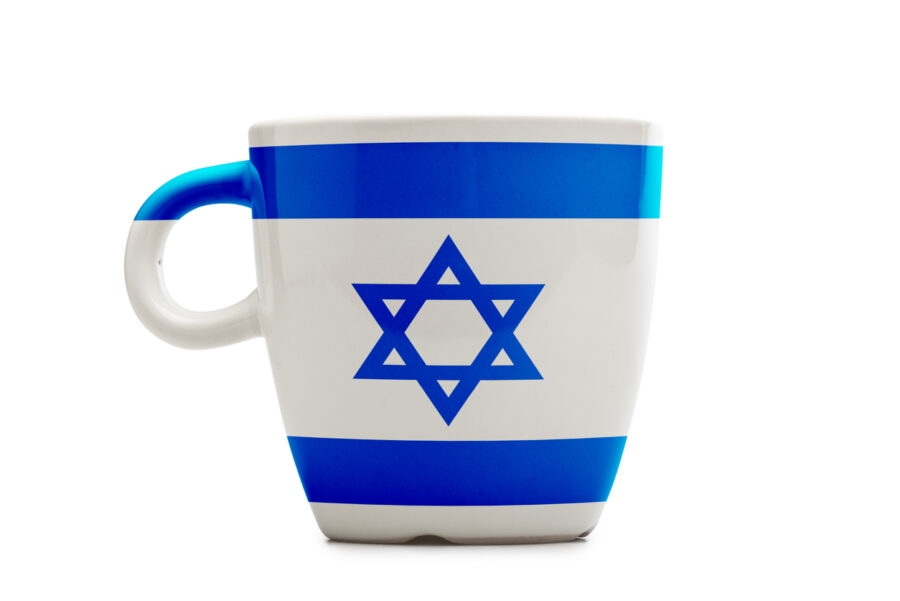 I was going to call you all “Funky Brewsters,” but turns out The Funky Brewster is a coffee catering company in Denver.

The broad coalition would bring together centrist Lapid, conservative Naftali Bennett and for the first time in Israel’s history an Arab party. (Specifically, Ra’am or United Arab List.)

As AlJazeera reports, the deal still has to be approved by the Israeli parliament. That vote is expected to take place next week. If it passes, Bibi is out and Bennett will be named Prime Minister.

The big story on the home front yesterday was the release of thousands of Dr. Tony Fauci’s emails. I actually posted an article about it: “Dr. Fauci’s Emails Released: Masks Virtually Useless, Was Warned Virus ‘Possibly Engineered.” Oddly, during yesterday’s hour long White House briefing, Jen Psaki wasn’t asked a single question about the revelations within the email. She won’t even have to “circle back” to the topic.

Maybe if Fauci had talked about his favorite ice cream flavors that would draw a response from the White House press corps.

Coach K Hanging Up the Clipboard

Speaking of college basketball, Duke’s legendary coach Mike Krzyzewski announced he’s retiring after next season. Coach K is the winningest coach in Division I men’s basketball history, racking up a total of 1,170 victories and has led his Duke Blue Devils to five national championships in 41 years.

Today’s nomination for “Best Maxine Waters Impersonation” goes to Rep. Cori Bush. The Daily Caller reports the freshman Missouri Democrat spent your tax money for a day of private security for herself. Records reviewed by Daily Caller show she also spent $30,000 in private funds for security in the first quarter of 2021. Not a big deal … well, except for the fact Rep. Bush has been a loud voice in the “Defund the Police” movement.

She also wants to “Defund the Pentagon.”

So Americans can be at the mercy of criminals and foreign enemies. But don’t worry, Bush is safe and sound.

Her constituents should be up in arms. Bush’s district includes St. Louis. As of today, there have been 78 murders in St. Louis already this year. 263 were killed last year. I wonder how many victims had access to taxpayer funds for personal security?

June 2nd also marked the 1st anniversary of the murder of retired Police Captain David Dorn during a night of rioting and looting. Hey, Cori. His life mattered.

The video rattles the soul. A five year old boy abandoned by smugglers at the U.S. border in Texas, begging the man and woman who dumped him “Don’t leave!”

Just one of the horrors unfolding on our southern border. Texas Gov. Greg Abbott has had enough, declaring a state of emergency to address the crisis, a crisis he pins directly on the White House.

“President Biden’s open-border policies have paved the way for dangerous gangs and cartels, human traffickers, and deadly drugs like fentanyl to pour into our communities,” Abbott said in a statement.

His statement laid out the steps he’ll be taking. But it put it much more simply to Glenn Beck Wednesday:

"We are going to begin ARRESTING everybody coming across the border and putting them behind bars. They came into the wrong state." pic.twitter.com/OAWvNN3tHi

Team Kamala: Border’s Not Her Problem.

In related news, it has now been more than 70 days since Biden declared Kamala Harris his point-person on the border crisis …er, “issue.” She’s refused to go to the border. (Oh, but she will go to Central America next week to discuss “root causes” of the illegal immigrant surge.) According to CNN, Kamala’s team is trying to “distance her from the fraught situation at the border.”

Like they say, “When the going gets tough, the politicians get their PR flacks going.”

Question: Do we really want as our back-up quarterback someone who’s only eager to pass the buck?

Answer: No. We want leaders whose slogan could be “Hold my beer” … or ice cream cone, as the case may be.

Paul Ryan was not such a leader. We posted an absolute doozy from Mark Judge last night. The title’s all you need to know: “Mr. Speaker, It’s a War: Why I Spent 10 Minutes Yelling at Paul Ryan in a Parking Lot.”