Erasing American Heroes, Wiping Out Terrorists and the Demon That Acknowledged Christ 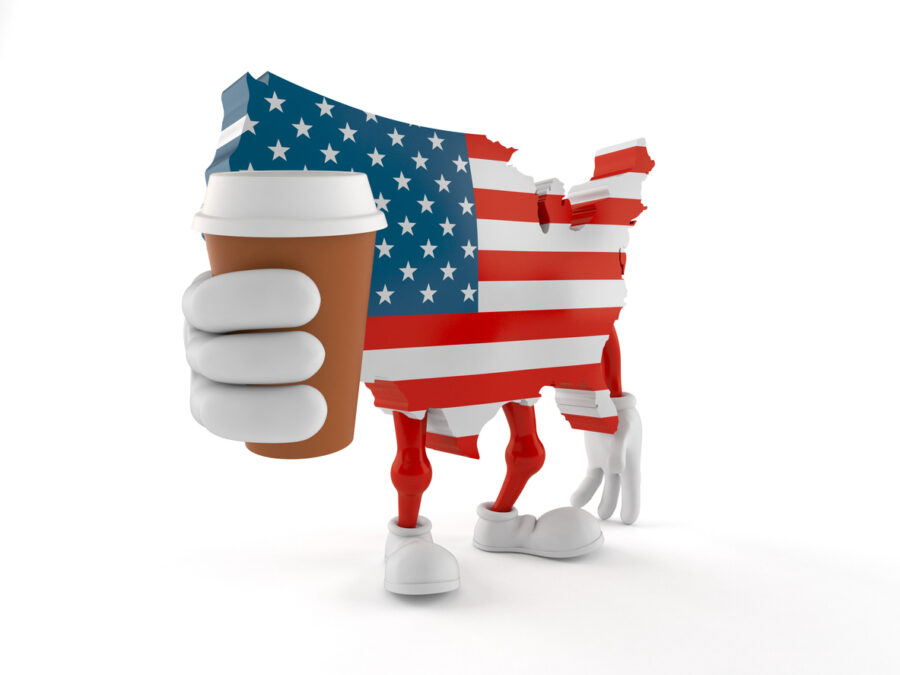 Welcome to a new week!

Got a full pot of weekend doings, so let’s get pouring.

The Biden Administration’s efforts to erase any trace of President Trump now extends to deleting American heroes. Last year, when Biden’s street army of ANTIFA and BLM were ripping down statues of American heroes, Trump issued an executive order protecting statues on federal property. (And the vandalism ended almost overnight.)

He also announced the creation of the “National Garden of American Heroes.” This park would feature sculptures of and pay tribute to notable Americans in history, politics, sports and entertainment.

Said Politico, “Killing Trump’s sculpture garden is a highly symbolic gesture for Biden as little concrete work had been done to bring it to fruition since it was announced last year.”

Ah, but what does canceling the hero garden and the order protecting statues symbolize? “Symbolically” speaking, it says, “Go ahead and trash Amerera’s heroes.”

For further evidence of that …

Lt Col. Matthew Lohmeier, commander of 11th Space Warning Squadron at Buckley Air Force Base, Colorado, was relieved from his post Friday by Lt. Gen. Stephen Whiting, the head of Space Operations Command, over a loss of confidence in his ability to lead.

His sin? Warning of Marxism in the ranks. Not for nothing, General, but tens of thousands of Americans have died fighting the very ideology Lt Col. Lohmeir says is invading our military. Was that a partisan activity?

Lt. Col. Lohmeir self-published a book titled Irresistible Revolution: Marxism’s Goal of Conquest & the Unmaking of the American Military. On a podcast last week to promote the book, Lt. Col. Lohmeir warned of the destructive force Marxism and Critical Race Theory indoctrination is having on the military and culture at large.

And for that, he’s been given the boot, for supposedly violating rules against military officers engaging in “partisan” activities. As if having a Trump-hating, Critical Race Theory zealot named Bishop Garrison leading the hunt for “extremists” in the ranks isn’t utterly partisan.

Think it isn’t your average Trump supporter or patriot? Remember this is the same Biden Pentagon that earlier this month denied a parking permit to “Rolling to Remember,” the annual Memorial Day Weekend motorcycle rally honoring our fallen warriors.

But there is a silver lining to this story: The paperback and hardcover versions of Lt. Col. Lohmeier’s Irresistible Revolution are currently #1 and #2 on Amazon’s rankings of books on communism and socialism.

Gotta take the little victories when they come. Remember when that MSNBC-loving, Sanders-supporting, leftist activist James Hodgkinson stalked, then opened fire on a group of GOP congressman practicing for a softball game? Minority Whip Steve Scalise was nearly killed that June 2017 day. The only reason any of the congressmen survived was because two DC cops happened to be assigned to Scalise’s detail. They were eventually able to take the assassin out.

Yet for reasons easy to imagine, our politicized FBI had quietly labeled the massacre attempt as a “suicide-by-cop.” When this absurdity was revealed — after all, had Rep. Scalise skipped practice no cops would have been there — the GOP was righteously outraged. Finally, under pressure, the FBI has now reclassified the wanna-be political assassin as a “domestic violent extremist.”

Yeah. Maybe your first clue should have been the Sanders Fanboy yelling, “This is for health care!” while spraying the field with bullets.

Word spread Friday that Israeli Defense Forces were gathered and poised to move into Gaza; a ground assault targeting Hamas. The Hamas terrorists heard the reports and fled into their labyrinth of tunnels to prepare for battle. Mike Huckabee describes what happened next.

But when they came charging out of the tunnel, there were no Israeli troops on the ground and no civilians around to use as human shields. Just 160 Israeli aircraft flying overhead that wiped out their clear, easy target from above.

Believing the reports, the Hamas fighters fallen into a trap.

We continue to pray for peace in Israel. We also remember the true history of Israel. The Stream is publishing a two-part series from Dr. Jim Garlow called “Understanding Israel’s War.” “Part One: It’s Always About the Land” went up yesterday.

Speaking of Israel, this next story involves one Chiam Witz, born in Haifa, Israel. Rock fans know him by another name.

Tim Tebow Gets Support from an Unlikely Source

There’s been a lot of griping and moaning over reports the Jacksonville Jaguars might sign Tim Tebow to play tight end. During his initial stay in the NFL, Tebow was mocked and berated for his open expressions of his Christian faith. And the attacks on Tebow are starting up again.

However, Tebow and his faith are getting support from a seemingly unlikely source: Gene Simmons, co-founder of the rock group KISS. Said the flame-spewing, blood-spitting, tongue-lashing rock-n-roll legend: “I support @TimTebow. He was widely criticized and made fun of, simply because he is a man of faith, who believed his Christian values. Shame on the NFL and the rest of the world for stooping so low.”

I support @TimTebow . He was widely criticized and made fun of, simply because he is a man of faith, who believed in his Christian values. Shame on the NFL and the rest of the world for stooping so low. https://t.co/qU2uqqyIoG

What makes this particularly amusing – at least to me: Gene’s onstage character with KISS is “The Demon.”

Yes, further confirmation of scripture that even demons recognize the power of Christ.

Have a great Monday!