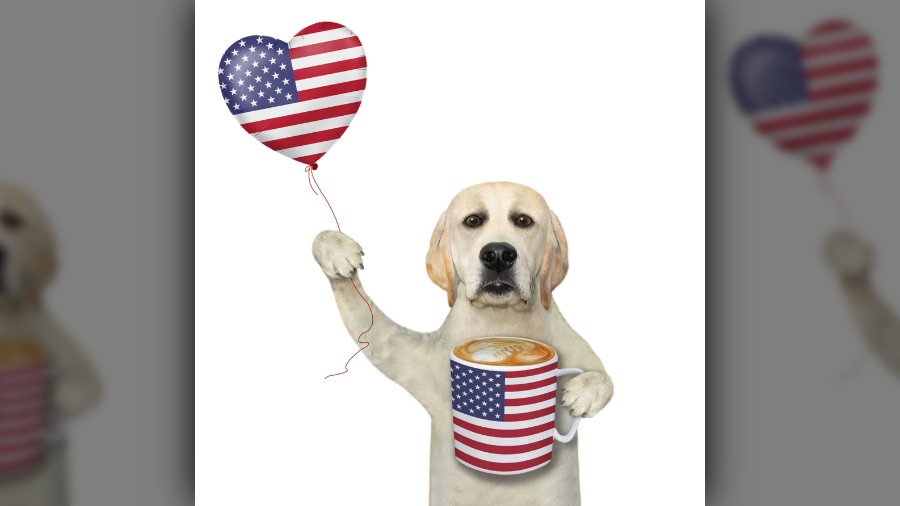 A Stars-and-Stripes “good morning” to you, as we kick off the week leading to Independence Day Weekend!

Let’s start with a Brew that could drive the media to drink.

(Update: Arizona State Senator Karen Fann says she will not be releasing a preliminary report today, tweeting, “We still have work to do on the audit.”)

At some point today, the Arizona State Senate may well release a preliminary report on its meticulous hand recount and photographing of the 2.1 million ballots in Maricopa County.

If, as the Democrats claim, the vote was cleaner than an operating room at the Mayo Clinic, then the tally will confirm 2.1 million legitimate ballots were cast, and Joe Biden won Maricopa County by 45,109, and the state by 10,457 votes. Heck, if it shows he even won by one legitimate vote, at least America will know he earned the W in Arizona.

However, if the tally shows there aren’t even the 2.1 million votes tabulated by Dominion machines — in other words, Dominion counted more votes than there are ballots — oh, nelly.

Of course, the raw tally is only part of the story. Did ineligible voters vote? Were “mail in” ballots all mailed in? Were fake ballots used? If so, where’d they come from? Did the same thing happen elsewhere?

No creepy whispers for THIS president. Former President Donald Trump was in full voice and full throttle for his first campaign-style rally since leaving office.

“Joe Biden is destroying our nation, right before our very own eyes,” he declared. His term has been a “complete and total catastrophe.”

What the rest of the media won’t show you: President Trump’s overflow tonight at his first post-presidential rally! 🇺🇸 pic.twitter.com/ri1xmjGExX

The home viewing audience was huge. Roughly 2.7 million watched on Rumble and Right Side Broadcasting Network alone. That doesn’t include OAN, Newsmax, C-SPAN and assorted other outlets that were covering the rally. For example, Fox 32 Chicago’s YouTube video of the speech has drawn nearly 450,000 viewers.

Home of “Declaration of Independence” Declares Itself Racist

Just in time to celebrate Independence Day, the America-hating wokesters now in control of the federal government are targeting the home of the Declaration of Independence itself. A “racism task force” at the National Archives has released a report called “Draft Proposal to Reframe and Revitalize the Visitor Experience in the Rotunda.”

The report lays out how “systemic racism” impacts the Archives record-keeping and displays. Basically, according to these folks, the United States has “mythologized the founding era,” and the Archive’s Rotunda “lauds wealthy White men in the nation’s founding while marginalizing BIPOC, women, and other communities.”

The National Archives and Records Administration “needs to rectify generations of racist recordkeeping practices that have marginalized BIPOCs and made them footnotes in the historical record.”

For example, a reference to Jefferson mentions, in passing, his role in America’s westward expansion. (He was responsible for the Louisiana Purchase and the initial exploration of the territory.) However, the task force is upset the blurb on Jefferson didn’t include the impact America’s western expansion had on the Native Americans.

Should a blurb on Henry Ford mention the hundreds of thousands killed by drunk drivers?

The report also calls for “trigger warnings” to “forewarn audiences of content that may cause intense physiological and psychological symptoms.” Coming soon: A trigger warning on the Declaration itself after some Karen falls to pieces not seeing the words: “All men, women, fluid-gender, non-gender and those who identify as unicorns are created equal.”

You think I’m joking? The report also wants the National Archives to create “safe spaces” at every NARA facility.

We’ve gone from pledging our “lives, fortunes and our sacred honor” to hoping our feelings don’t get hurt by slights real and imagined.

Let’s translate all this: America is systematically racist. Ergo, the place where America keeps its national documents is, by definition, racist. We can’t be surprised. If the Biden Administration had a slogan it’d be “America was rotten then and it’s rotten now.”

Come and be “triggered” to grateful tears reading the national scriptures declaring all are endowed by God with the right to life, liberty and the pursuit of happiness. And that this nation was dedicated from its very founding to the creation of a “more perfect union.”

Lost in the bewilderment of Joe Biden’s bizarre whisper-fest last week is what happened shortly after. His creepy whispering came during a press conference touting the bipartisan Senate infrastructure agreement. The Senators had barely made it back to Capitol Hill before Biden was saying he’d veto that same infrastructure bill if Republicans do not support the House’s monstrous $6 trillion “infrastructure-that-has-nothing-to-do-with-infrastructure” spending bill.

The two bills would have to move “in tandem,” said Biden. ”If this [the bipartisan infrastructure compromise] is the only thing that comes to me, I’m not signing it.”

GOP Senators were apoplectic. Can anyone say “political blackmail”?

However, on Saturday, Biden reversed course, denying in a statement he was making any veto threat. “My comments also created the impression that I was issuing a veto threat on the very plan I had just agreed to, which was certainly not my intent.”

There is a war going on in the West Wing.

Finally, who wakes up in the morning and thinks, “I’m going to visit the site of a building collapse that has likely crushed 150 people to death and I’ll wear black socks adorned with skulls!”?

If you answered CNN’s Chris Cuomo, you’d be right. Daily Mail has the shots.

Specifically, Cuomo was sporting Stance Freedom Strike Crew-Sock, which features a stars-and-stripes adorned skull. The other leg features an eagle. Great for a bender at a biker bar. Grotesque at the scene of a mass casualty event. 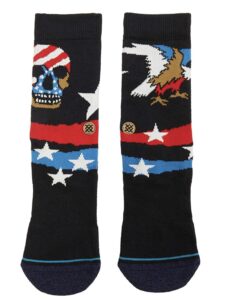 Now, do you think a cable host that in love with himself as Cuomo doesn’t know exactly what he’s wearing in public? The only question is whether he’s being tasteless, tacky, stupid or just plain sick.

No warm and fuzzy from John Zmirak to kick off the week. His new one is up, titled, “The Left Sees Blacks as Cannon Fodder, Captive Votes and Cudgels — Not as Humans.”

And coming up this morning, an amazing letter from a professor to a Catholic university president begging “Don’t Expel Students Who Refuse Abortion-Tainted Vaccines.”