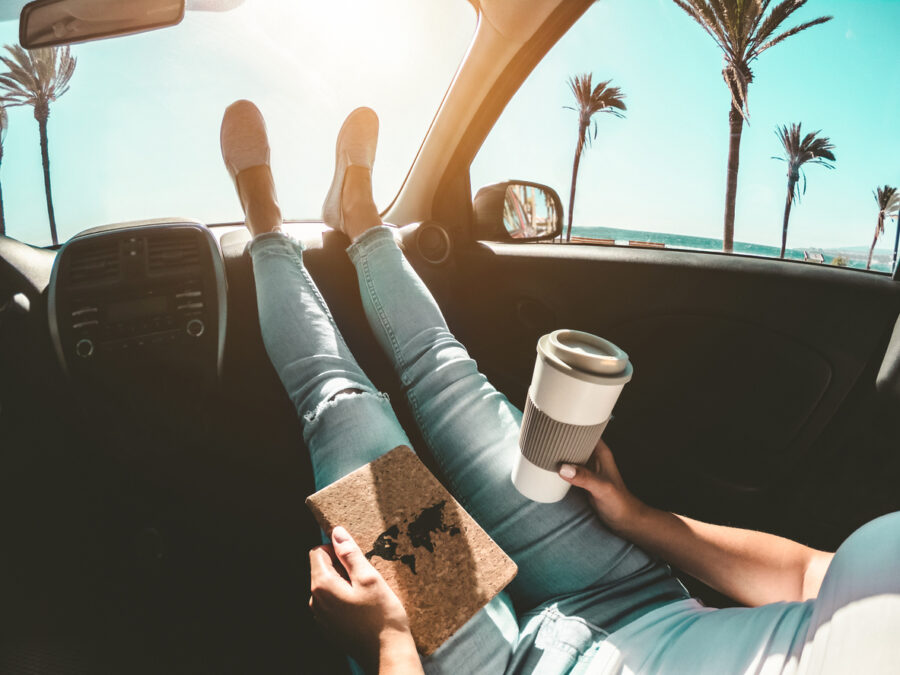 Welcome to a new week with your Morning Brew and the first full day of summer.

And we’re already heating it up with a miracle.

He just had his first birthday on June 5. He’s a world record holder and an odds-beater. And he is living, breathing proof of the lie undergirding the abortion industry. His name is Richard Scott William Hutchinson. Richard was born 131 days … or more than four months … before his due date. Making him, according to Guinness World Records, the youngest premature baby ever to survive.

Richard was only 11.9 ounces when he was born. Less than 3/4s of a pound. Doctors gave him a zero chance of surviving. But Richard fought. Richard’s neonatologist Dr. Stacy Kern was brought to tears the day Richard was discharged from NICU.

P.S. First saw this story on CNN. CNN, whose hosts and guests celebrate abortion the way mosquitos celebrate wet summers, featured Richard’s amazing story without an ounce of reflection or sense of irony.

If there’s an Olympic event for jumping to conclusions, Ft. Lauderdale Mayor Dean Trantalis is on his way to Tokyo. On Saturday night, a participant in a Florida pride parade lost control of his pick-up and slammed into two participants. Sadly one died. The driver also just missed hitting Congresswoman Debbie Wasserman Schultz “by inches.”

It was an accident. A tragic accident. And yet, Trantalis immediately jumped to call it a hate crime.

“This is a terrorist attack against the LGBT community,” Trantalis blabbed to Local 10 News. “This is exactly what it is. Hardly an accident. It was deliberate, it was premeditated, and it was targeted against a specific person. Luckily they missed that person, but unfortunately, they hit two other people.”

The Fort Lauderdale Gay Men’s Chorus issued a statement: “Our fellow Chorus members were those injured and the driver was also a part of the Chorus family. To my knowledge, this was not an attack on the LGBTQ community.”

And yet that hasn’t stopped #DeathSantis from trending. Yeah. Somehow it’s Florida Gov. Ron DeSantis’ fault some member of the Gay Men’s Chorus accidentally hit the gas and hit two of his own.

Here’s our first look at the truck in that hit at least 2 people at the #Pride parade in @WiltonManorsCty. I’ve covered up the license plate in case this was a horrible accident. @WPLGLocal10 Per @jojoWPLG pic.twitter.com/uj4aBq0Hws

Accidents happen. Tragedies happen. But lying about them to pursue political goals is no accident. It is however a tragedy.

Meanwhile, more than half a dozen people were critically injured Saturday in Show Low, Arizona, after a pickup truck driver deliberately slammed into bicyclists raising money for a local Christian school. Happened at the Bike the Bluff State Championship Road Race. Police ended up shooting and critically wounding the driver.

We pray for those injured in both these incidents, and the family of the person killed in Florida.

More good news out of the Middle East. Well, “good news” if oppression, death and destruction are your thing. Iran has selected a new president — a hardline Shi’ite cleric accused of having hanged thousands of political prisoners back in the 1980s. His name is Sayyid Ebrahim Raisol-Sadati — commonly known as Ebrahim Raisi.

Raisi won an election that Iranian dissident groups and international organizations declare was due to “astronomical rigging.” According to Newsweek, 593 of the 600 candidates were disqualified. Just the News reports “other irregularities” that suppressed voter turnout. Still, the opposition had its say. You know who came in second place? Blank or voided votes.

In 2018, @amnesty documented how Ebrahim Raisi had been a member of the ‘death commission’ which forcibly disappeared and extrajudicially executed in secret thousands of political dissidents in Evin and Gohardasht prisons near Tehran in 1988.

As Head of the Iranian Judiciary, Raisi is still up to his old tricks. He helped crush Iran’s Green Revolution in 2009. According to Amnesty, Raisi “has presided over a spiralling crackdown on human rights which has seen hundreds of peaceful dissidents, human rights defenders and members of persecuted minority groups arbitrarily detained.

And Joe Biden wants to lift sanctions on and get back into the nuclear deal with Iran?!?! With this guy in charge?

On Saturday, investigative journalists Sharyl Attkisson posted a 2014 letter from a senior CDC researcher who claims he and his colleagues destroyed data indicating a link between a vaccine and autism in African-American boys.

Dr. William Thompson, who’s still a Senior Scientist at CDC, said he and his colleagues agreed to remove any “race effects” from a 2004 paper published in the Journal of Pediatrics.

Sometime soon after the meeting, where we decided to exclude reporting any race effects, the coauthors scheduled a meeting to destroy documents related to the study.”

The remaining four coauthors all met and brought a big garbage can into the meeting room and reviewed and went through all the hard copy documents that we had thought we should discard and put them in a huge garbage can.

Dr. Thomson said he kept his hard copies and computer files “because I assumed it was illegal,” and would violate FOIA and DOJ requests.

But what a dilemma for the Woke media. Do you cover it because it plays into your race obsession? Or do you ignore it because it undercuts your vaccine and “trust the science” obsession?

Publication of this stunning CDC letter comes just days after the confession by Canadian scientist Alina Chan that she and fellow researchers held back on publicly supporting the Wuhan Lab Leak Theory for COVID simply because they didn’t want to be seen as siding with Trump. Chan told NBC News “At the time, it was scarier to be associated with Trump and to become a tool for racists, so people didn’t want to publicly call for an investigation into lab origins.”

Hey, public health scientists. You want some ice for that black eye?

Just up on The Stream, Nancy Flory introduces us to Laura Perry and her amazing story. “She Thought She Was a Man. Jesus Said, ‘Let me Tell You Who You Are’”

And it’s time to catch up on your Morning Z’s. John Zmirak’s new one is priceless … especially if you love quirky 1990 film references: “This Woke Critic Wants Tom Hanks to Jump Into the Volcano.”

Coming up later this morning, Mark Judge is back with “Weak Dissent. Another Lazy, Dumb and Error-Packed Book About Me in High School.”