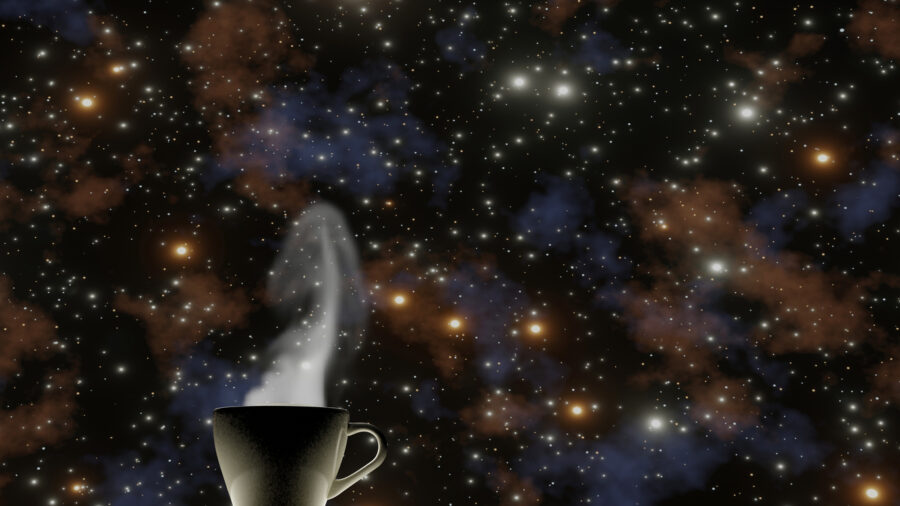 Welcome to the day’s Brew!

Unlike Biden’s claims about his $3.5 Trillion budget, the Brew really does cost you nothing.

Hours after a Facebook whistleblower went on 60 Minutes, Facebook crashed. In fact, the seven hour, worldwide outage was Facebook’s worse crash ever. The crash also knocked out Instagram and WhatsApp. Our prayers for those who had to go cold turkey from social media.

The outage even impacted employee badges. Facebook employees found themselves locked out of their own offices.

The Federalist’s Sean Davis made an interesting observation on Twitter:

The corrupt tech buffoons who told you 2020 was the safest and most secure and most in hackable election ever — and who banned you if you said otherwise — currently can’t get into their own building because their own servers won’t let them.

A must read just up on The Stream: Liberty Counsel is filing suit against the U.S. military over its vaccination mandate and blatant disregard for religious exemptions. Liberty Counsel founder Mat Staver himself provides the shocking details in “Defending Our Defenders: Supporting Our Soldiers in the Shot Mandate War.”

Dr. Tony Fauci, who, when he’s not funding dangerous gain-of-function research in Chinese military labs, is making himself the subject of adoring documentaries, is playing Scrooge in his newest effort.

On Sunday, Fauci told CBS’s Face the Nation (But Wear a Mask While Doing It) that it was “just too soon to tell” whether Americans should avoid gathering for Christmas.

Hint: Americans will be gathering for Christmas.

On Monday, Fauci backpedaled, sort of. He used the ol’ “taken completely out of context” excuse on CNN Monday. “I will be spending Christmas with my family. I encourage people, particularly the vaccinated people, who are protected, to have a good normal Christmas with your family.”

He says it’s “nonsense” that he was saying “you can’t spend family Christmas time.” Oh, but there’s the context, Doc.

Do you believe the guy who is okay with hundreds of thousands of health workers losing their jobs during this pandemic of his because they won’t take the jab wouldn’t be fine with Christmas gatherings being limited to those who are vaccinated?

President Donald Trump was widely mocked when he suggested last year that UV light disinfection could be a tool for fighting the spread of COVID. Turns out he was right.

“Of almost every pathogen we have ever studied, this virus is one of the easiest, by far, to kill with UV light,” said researcher Karl Linden, CU Boulder professor of environmental engineering. “It takes a very low dose. This indicates that UV technology could be a really good solution for protecting public spaces.”

Installing UV lights at public facilities such as concert venues and airports is cheaper than upgrading entire HVAC systems, the researchers say.

Follow Up: Biden Thinks Sinema Being Chased and Filmed in a Bathroom is “Part of the Process.”

Joe Biden didn’t seem too bothered that activists hounded Democrat Sen. Kyrsten Sinema into the women’s room over the weekend. When asked about it Monday, Biden admitted the ambush wasn’t “appropriate.” He added, “It happens to everybody. It’s part of the process.”

Sen. Sinema herself didn’t think the left wingers disrupting her class, following her into the toilet, and filming her, was “part of the process.” She released a statement Monday condemning the protesters. (At least one of whom was an illegal immigrant. All who were filming her in the loo were breaking Arizona law.)

Said Sinema: “It is unacceptable for activist organizations to instruct their members to jeopardize themselves by engaging in unlawful activities such as gaining entry to closed university buildings, disrupting learning environments, and filming students in the restroom.”

Sinema Accosted on Flight Back to DC By “DACA Recipient”

Sinema was also accosted on her flight back to DC by a “DACA recipient” who bugged her for two minutes. And “DACA recipient” meant a paid activist brought into the country illegally who knew Sinema would be on the plane and a captive audience. If you are a three-year-old who won’t keep a mask on, flight attendants are all over you. But if you are an activist disturbing a U.S. senator, just go ahead.

Perhaps a party that welcomes such perverse invasions of privacy isn’t a party you want to be a part of, senator. Look at Andrew Yang. Last year, he was a Democratic candidate for President. Now he’s announcing he’s quit the party. It’s “the right thing to do,” he said.

America’s ports are clogged with ships unable to be unloaded, with legitimate worries our shelves may be poorly stocked as we head into the holidays. And Transportation Secretary Pete Buttigieg is MIA.

When asked for comment on the supply chain troubles Buttigieg’s people pointed Fox News to a virtual roundtable on the matter. From July. When the Administration said the problems would be “transitory.”

This is what happens when you put in charge a guy whose top qualification for Transportation Secretary was getting engaged in a train station to another guy.

If you did this to real bunnies, PETA would be all over you. The cover of the October digital issue of Playboy features a man in Playboy bunny lingerie, bunny ears, and heels. Namely gay Filipino social media influencer Bretman Rock.

The ‘Chant’ Breaks Out at Jets Game … in New York

The Chant … and you know which chant we’re talking about … broke out loudly Sunday in New York. New York! Specifically, at the Jets-Titans game at Met Life Stadium.

However, according to the media, the crowd was actually chanting, “Fun Joe Namath.”  Yeah, that’s a joke. But if they can turn the anti-Biden chant into “Let’s Go, Brandon,” can “Fun Joe Namath” be far behind?

Actor William Shatner will boldly go where no 90-year-old man has gone before. He’s heading to space. The man best known for playing Captain James T. Kirk on the original Star Trek series and seven movies, will be aboard Jeff Bezo’s Blue Origin flight on October 12.

“I’ve heard about space for a long time now,” Shatner said in a press release. “I’m taking the opportunity to see it for myself. What a miracle.”

One question: Did Shatner book the flight through Priceline?

The Morning Brew: Guardians, Olympians and the Woman Who Forgets She Works for Us