Part Two of our five-part series, "Born on Christmas Day" 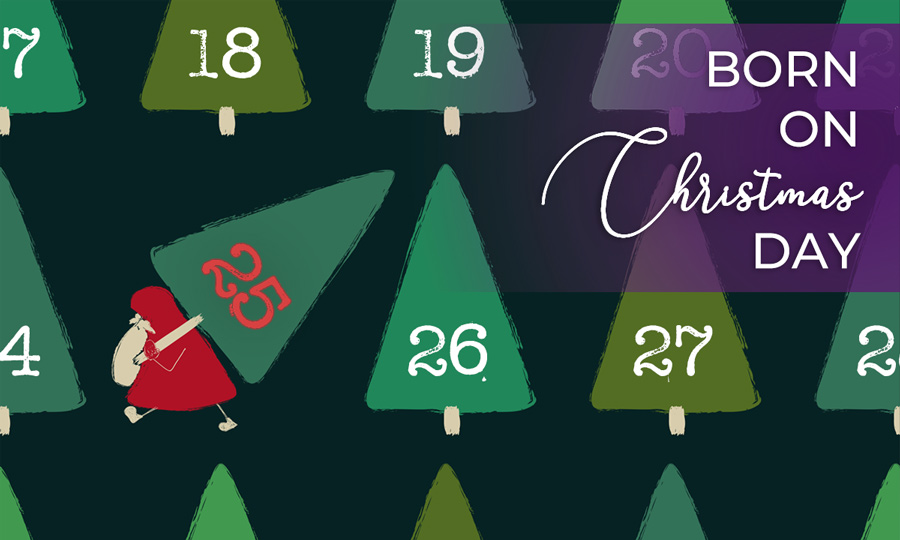 “We’d like to report a robbery. Christians stole December 25 from the pagans!”

December 25 could not have been Jesus’ birth date. Early Christians did not even celebrate Jesus’ birth. And certainly did not celebrate Christmas on December 25 until long after the pagans had created a December 25 festival. Christmas is the cultural appropriation of the pagan “Birth of the Unconquered Sun.” And the Persian cult of Mithras, also celebrated December 25.

The Gospels makes no mention of any commemorations of Jesus’ birth. Nothing in the Book of Acts or the rest of the New Testament. And the first generations of Christianity did not celebrate Christ’s birth. In fact, such a thing was frowned upon. The Hebrew tradition from which Christianity came celebrated the passing of Jewish heroes. Not birthdays. Encyclopedia Judaica puts it bluntly. “The celebration of birthdays is unknown in traditional Jewish ritual. … The only reference to a birthday in the bible is that celebrated by Pharaoh.” (Gen 40:20)

In fact, early church leader Origen of Alexandria openly mocked birthday celebrations as a pagan idea: “of all the holy people in the Scriptures, no one is recorded to have kept a feast or held a great banquet on his birthday.” Only sinners like Pharaoh and Herod rejoice over the day on which they were born into this world.

The pagans, on the other hand, partied on December 25.

In 274 A.D., the Roman Emperor Aurelian instituted the festival known as “Birth of the Unconquered Sun.” or Sol Invictus, honoring the pagan sun god. Unfortunately, as historian William J. Tighe records, the “first (irrefutable) evidence of Christians celebrating December 25 as the date of the Lord’s nativity comes from Rome some years after Aurelian, in A.D. 336.” This comes from a codex called Deposito Martirum.

Encyclopaedia Britannica gives us the short version: “In an old list of Roman bishops, compiled in A.D. 354 these words appear for A.D. 336: ’25 Dec.: natus Christus in Betleem Judeae.’ December 25th, Christ born in Bethlehem, Judea. This day, December 25, 336, is the first recorded celebration of Christmas.”

So, the Case of the Christmas Heist goes, the Christian church simply took Jesus, the risen Son of God who conquered death, and plopped his birthday onto that of the “Unconquered Sun.”

If Sol Invictus wasn’t enough, there’s also the cult of Mithras, originating in Persia, but spread by Roman soldiers throughout the Roman Empire. Mithras birth, according to some scholars was also celebrated December 25.

Threatened by the persistent popularity of (Sol Invictus) rituals among newly baptized Christians, the early Church was moved to incorporate traces of the cult into its own liturgy and thus re-interpreted the annual “birth” of the sun at the winter solstice as the birth festival of Christ.

Scholars also have argued that the fourth century emperor Constantine, in his effort to solidify Christianity as the official religion of the Roman Empire, ordered Sol Invictus be adapted into a commemoration of Jesus’ birth.

Summarizing the Case of the Great Christmas Heist

So things are looking good for Christmas Day having a pagan origin. The first indisputable evidence of Christians celebrating the nativity December 25 comes over fifty years after the pagan “Birth of the Unconquered Sun.” We know despite his proclamation of Christian faith, Constantine continued to identify with the sun God, and wanted to unify his empire with Christianity. We know the early church, born out of Hebrew tradition, rejected celebrating birthdays of its biblical heroes.

The post-Enlightenment quest to question and when possible undercut the traditional beliefs of the church … partnered with today’s secularists … seem to have won this battle.

Or have they? Steven Hijmans studied hard the iconography of the sun in Roman religions. His conclusion, says Nothaft: “Studies emphasizing the ‘pagan’ roots of Christmas have been fraught with a certain tendency toward confirmation bias.”

Historian William Tighe puts it more bluntly, “The ‘pagan origins of Christmas’ is a myth without historical substance.”

The first thing we can dispatch with is the notion Constantine pushed Christmas on December 25. There is absolutely no documentary evidence this happened. No decrees. No commentaries. No reports. Also, if Constantine had a hand in making Christmas December 25, wouldn’t the first place he would have held Christmas celebrations is in his own city of Constantinople?

The first Christmas commemoration in Constantinople took place in 380, over 40 years after Constantine’s death.

There is an even bigger hole in the “Christmas Was Copped from the Pagans” theory. In the third and fourth century, the Christian church was still very adamant about avoiding things pagan. Wrote Andrew McGowan in Bible Review:

“The persecuted Christian minority was greatly concerned with distancing itself from the larger, public pagan religious observances, such as sacrifices, games and holidays. This was still true as late as the violent persecutions of the Christians conducted by the Roman emperor Diocletian between 303 and 312 C.E.”

Sure, perhaps some Christians would go along to get along. However, certainly many Christians would fight tooth and nail any effort to adapt a pagan festival to honor Christ. At the very least there would be a very loud debate about it.

There was no such debate.

In fact, an equally strong argument can be made that Sol Invictus was instituted by Aurelian in response to a growing movement to commemorate the birth of the Risen Son, Jesus. And to commemorate it on Christmas Day.

Add it up and we can fully and confidently reject the claim Christmas is, in Nothaft’s words, “a one-sided reaction to a pre-existing pagan tradition.” The report of a heist turns out to be a hoax.

So how did the early Christian church fix on December 25 for the Nativity? That is the next stop on our journey.