The final leg in our five-part journey into why Christmas is celebrated December 25. 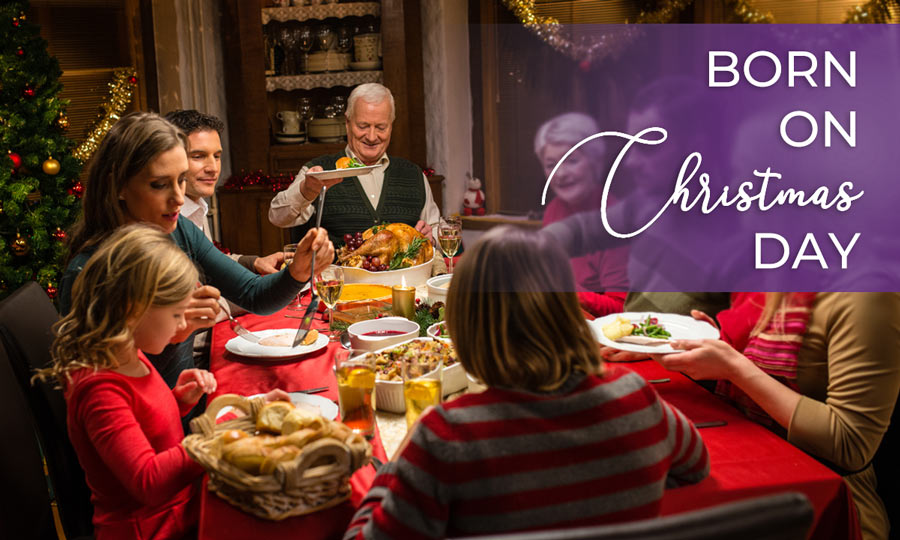 We have shown over the course of this series that the much touted notion that Christians stole Christmas Day from the pagans simply does not stand up to historic scrutiny. We have not only demonstrated that early Christians held December 25 as the date of the Nativity long before the creation of the pagan festival for Sol Invictus, we have presented two-fold evidence via John the Baptist and the Magi (with help from Herod), that Jesus may very well have been born precisely on December 25.

So the next time someone boasts about the pagan origins of Christmas, we can laugh, tell them the true story, and offer them a glass of egg nog.

If they counter by proclaiming the Magi are fiction, no more real than Frosty the Snowman, we gift them the fabulous book by Dwight Longenecker, Mystery of the Magi: The Quest to Identify the Three Wise Men. Longenecker lays out logically, methodically and eloquently how this seemingly fantastical notion of three kings travelling from afar following a star, is simply a very sensible matter of royal emissaries from the neighboring Nabatean kingdom in Arabia riding a couple hundred miles to pay respect both to King Herod and a child they surmised was the long-awaited new king.

Listen to Ephraim celebrating the Nativity: “The night is here, the night which has given peace to the universe! Who would sleep on this night when the whole world is awake!”

Take something as plain as Matthew saying the Magi came “from the east.” Longenecker shows that in the Old Testament and to Matthew’s audience of Jews in Judea, from the “east” meant that very area of Arabia. Just like to an American the phrase “The South” means the southeastern United States.

Here again, the Nativity Story, despite its seemingly supernatural and fantastical elements, is history.

While early Christians did mark Jesus’ Nativity on December 25, the church did not widely celebrate Christmas in any meaningful manner until late in the 4th century. William Tighe writes:

Christmas (December 25th) is a feast of Western Christian origin. In Constantinople it appears to have been introduced in 379 or 380. From a sermon of St. John Chrysostom, at the time a renowned ascetic and preacher in his native Antioch, it appears that the feast was first celebrated there on 25 December 386. From these centers it spread through the Christian East, being adopted in Alexandria around 432 and in Jerusalem a century or more later.

According to Encylopaedia Britannica, a Christmas liturgy didn’t become widespread until the 9th century.

However much we have dismantled the so-called “pagan origin of Christmas,” we don’t leave only coal in the pagan’s stocking. Certainly, some of the traditions we now associate with Christmas have pagan origins. Take the Yule Log. It is thought to have been appropriated from Germanic pagan or Norse sources.

Garland, on the other hand, was there from the earliest. Syrian Church Father Ephraim (306-373), whose church celebrated Christ’s birth with a festival January 5-6, remarked that on the eve of January 6, every house was decorated with garlands.

Listen to how Ephraim celebrates the Nativity: “The night is here, the night which has given peace to the universe! Who would sleep on this night when the whole world is awake!”

Shepherds Awakened in the Night

And it is in this night we complete our journey back to Bethlehem. The night of our Savior’s birth. “And there were in the same country shepherds abiding in the field, keeping watch over their flock by night” (Luke 2:8).

Critics often claim Jesus could not have been born in winter because shepherds would not be in the fields that time of year. But is that true? In a volume of books called Picturesque Palestine, one Canon H.B. Tristram details the relatively mild winter conditions near Bethlehem.

When the winter rains fall, the hills become clothed with grass, and the shepherds, knowing this, take their sheep further a field. Then, because it would make the sheep walk too far to reach the folds every evening, expending energy needlessly, they simply watch their flocks in the fields all night. This seems to be precisely what the evangelist Luke describes.

So the shepherds stood under the stars on December 25, on the very night history itself will be split in two. Can you not see them? Can you not empathize with them? Are we not ourselves those country shepherds of Bethlehem? Do we not ourselves sometime feel far afield, in the dead of night, in the depths of winter? Consumed by darkness, straining and tending to the burdens of this world?

Rejoice. For the glory of the Lord shines on us. The angel proclaims to us.

Do not be afraid! He brings us good news that is cause for great joy for you, for me, for all the people. On December 25 in the town of David a Savior was born to us; he is the Messiah, the Lord.

This Christmas Day, this December 25, this birth date of Jesus Christ. Let us join that great company of heavenly host, praising God and saying,

“Glory to God in the highest heaven,
and on earth peace to those on whom his favor rests.”