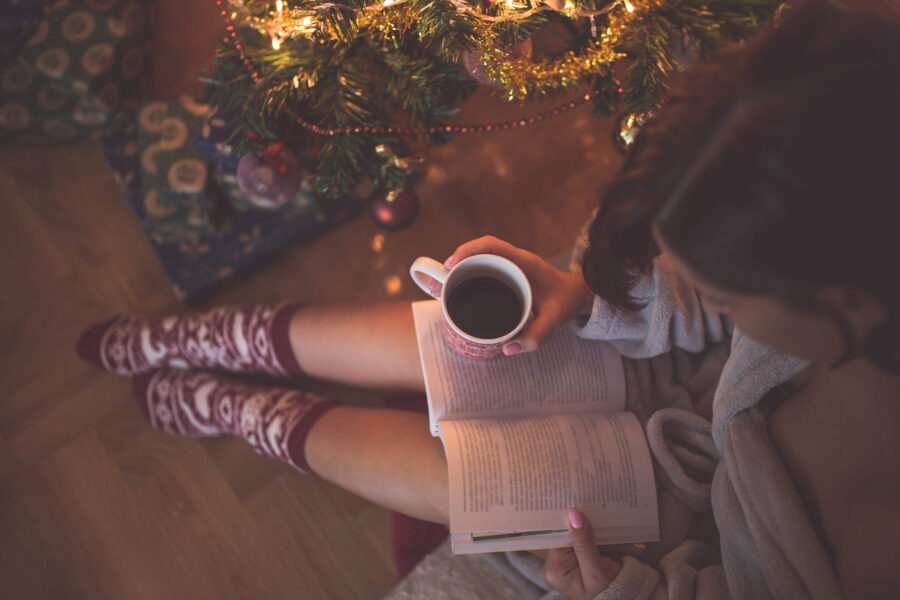 Kamala Harris a “Bully” Not “Willing to Do the Work”

Top guns on Kamala Harris’ staff have been fleeing the VP faster than viewers from CNN. And at least one is talking. An anonymous former staffer told the Washington Post:

It’s clear that you’re not working with somebody who is willing to do the prep and the work. With Kamala you have to put up with a constant amount of soul-destroying criticism and also her own lack of confidence. So you’re constantly sort of propping up a bully and it’s not really clear why.

But there’s cynical political opportunism at play too. According to the Post, some staffers are considering fleeing because they don’t want to be seen as “Harris people” come 2024. This in the hopes they can latch on to a Democratic candidate whose fortunes aren’t sinking.

Tough dilemma: Abandon Kamala so you’re not stuck with her political stench or gut it out with Kamala betting that Joe won’t make it to 2024.

That’ll show ‘em. The White House announced Monday a “diplomatic boycott” of the upcoming Beijing Winter Olympics over China’s treatment of the Uyghurs and other ethnic minorities. That means no Biden, no Harris, no Secretary of State, not even Dr. Jill.

Truly. Is that a snub or a favor?

Former President Donald Trump told his former press secretary Sean Spicer on Newsmax Monday that he’s currently working on a memoir. The book promises to be unusual. It’ll be a presidential memoir people will actually want to read.

No, it’s not going to be called “The Art of the Tweet.”

Trump’s already got a new book in stores. His photo book Our Journey Together was officially published yesterday, featuring 300 images from his presidency along with Trump’s personal commentary.

Here’s one for those who say Joe Biden is bad for all business.

… of all places. Yes, a clever entrepreneur has just opened a “Let’s Go Brandon” store in North Attleborough, Massachusetts. 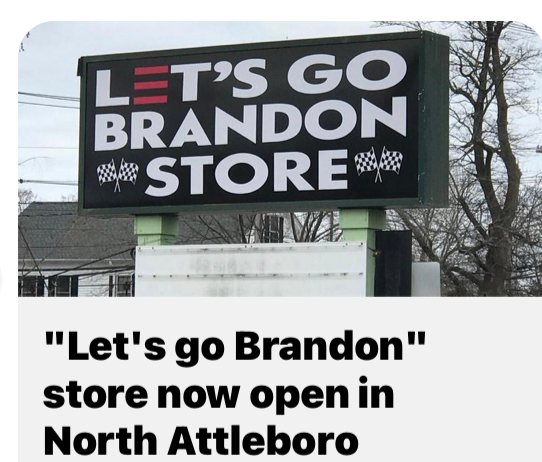 According to their Facebook page, the store offers “Hoodies, Ts, Knit Hats, Caps, Flags, Stickers, Ornaments, Brandon Buckets, Novelties and more!”  And yeah, it’s an actual brick and mortar store. Not just some dude on a corner. Judging from the link to “New England for Trump” on the page, it seems they’re the folks behind the store. It’s one of four, three in Massachusetts and one in Rhode Island.

But forget politics a minute. Can you think of any slogan that has gotten its own shop? Sure, “Where’s the Beef?” had a whole chain of Wendy’s. But did “Whaatssaaaaapp?!” get its own store? Steve Martin’s “Excuuuuuuuuussse Meeeeeeee….”? On the political side, were there “Tricky Dicky” shops back in Nixon’s day? “Slick Willie” stores? How about even “Gipper-To-Go Emporiums”?

Schools and school districts shoving the Marxist, racist Critical Race Theory ideology on our kids and covering up sexual assaults on behalf of the transgender movement have a new scam. Unleashing the FBI on parents backfired, so now what they’re doing is charging insane amounts of money for parents to learn what’s going on. You want public documents? You’re gonna pay a king’s ransom.

In Loudoun County, Virginia, parent Michelle Mege made a FOIA request for school records relating to “sexual assault” or “rape” between May and October 2021. (This after two girls were allegedly sexually assault in their schools by a young man in a dress — crimes the school district covered up as it was planning to shove radical gender ideology on students.) The school district said Mege would have to fork over $36,000.

If money doesn’t work, how about bad old fashion witchcraft? The Federalist reports on a California high school that includes among its CRT resources a call to put a “hex” and “curse” on those who say “all lives matter.” The document, called the Black Lives Matter Resource Guide, declares “Hexing people is an important way to get out anger and frustration.” It suggests “writing your own hex poem” to target those who say “all lives matter” or commit other “microaggressions.”

The nativity scenes are the work of an Illinois-based project called American Nativity Scene. Says The Epoch Times:

American Nativity Scene provides two-foot-high figures depicting baby Jesus, Mary, St. Joseph, and an angel to private groups who wish to display a Nativity scene in the public square. The local groups provide a manger and straw, then work with staff at the government venues to obtain any needed permits.

Since 2013, the group has shipped more than 400 Nativity scenes for display at capitols and other sites. If local volunteers get any resistance, the Thomas More Society steps in, going to court when necessary, to secure the constitutionally protected right to religious speech.

Naturally, groups like Freedom from Religion Foundation put up a stink … and even counter displays. Bah humbug to that. What can compare to the message of Christmas and the beauty of the Christ Child?

Says Ed O’Malley, president of American Nativity Scene, “The ability to do this is a good response to what has happened in society the last couple years. It’s not going to make a huge change, but I think it will make a change.”

You can learn more about American Nativity Scene at their website.

Our Nancy Flory just got a bad report from her doctor, but is holding tight to the Good News. Read her inspirational “Wonderful Peace During a Storm.”