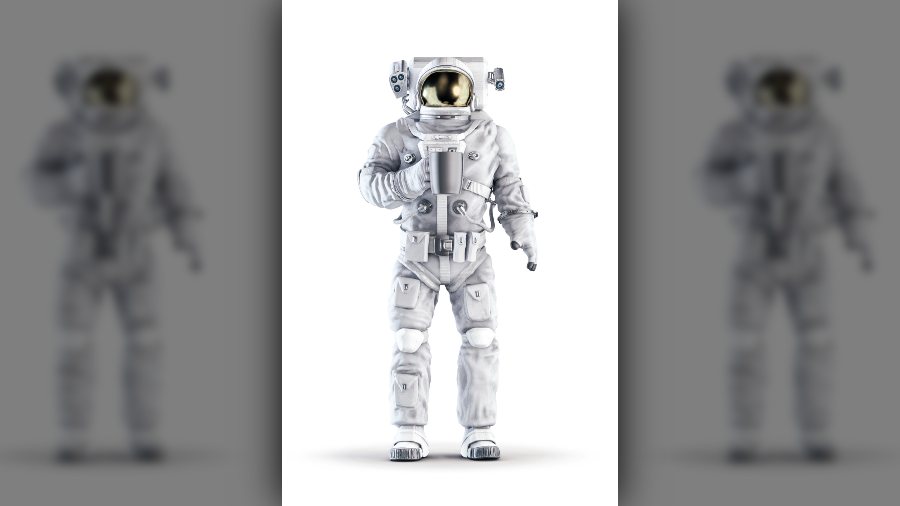 Today’s Morning Brew is out of this world!

One Small Step for Rich Guy, One Giant Leap for Commercial Space Travel

Billionaire Richard Branson took his Virgin Galactic craft out for a spin Sunday, Branson, along with three others, rode SpaceShipTwo some 50,000 feet toward the stars before returning safely to earth. This makes Branson the first person to ride into space on a craft he helped fund. Branson beats fellow billionaire Jeff Bezos, who is planning to fly his own craft into suborbital space eight days from now.

Virgin Galactic already has 600 customers who’ve already signed up for flights into space. The tickets cost between $200,000 and $250,000. Or about half a Hunter Biden painting.

Meme-meister Carpe Donktum (aka Logan Cook) was tossed off Twitter and sued last year after posting a powerful (but cute) jab at CNN and the dangers of Fake News.  Cook added a bogus chyron to a viral video of a black baby running away from a white baby, reading “Terrified Todler (sic) Runs from Racist Baby.” Then he showed what really happened; how the two adorable tikes first ran to each other for huge hugs.

Donald Trump retweeted the video. If you haven’t seen it, take a quick look.

They threw out the case against Carpe Donktum. Another win for freedom of speech and humor! pic.twitter.com/rnDohUEcCk

Not only was Carpe Donktum permanently banned from Twitter for the video, he and Trump got sued by the parents of the toddlers for a “misappropriation” of the original video. Well, the case just got tossed by the New York Supreme Court.

Statement from Carpe Donktum on his court victory today: pic.twitter.com/9Avs6O0CBr

Donald Trump spoke Sunday at CPAC Texas. You couldn’t see the speech on CPAC’s YouTube stream because YouTube preemptively blocked CPAC all weekend long. The excuse YouTube given was that Trump said nice things about HCQ last week during his speech announcing his class action lawsuit against Big Tech. CPAC had shown the speech. This, YouTube declares, violates its COVID policy. You know, just like saying the virus came from the Wuhan lab used to violate its policy.

An amazing scene Saturday in Oakland. Led by Oakland police chief LeRonne Armstrong, two hundred mostly black families gathered for a “Stand Up for a Safe Oakland” rally to protest the staggering increase in violence in the city.

And who was there jeering them? White ANTIFA radicals. Journalist Lee Fang of The Intercept reported on the “surreal” scene.

Surreal moment in Oakland. About 200 mostly black families rally with police to call for an end to the epidemic of gun violence. Mothers at the stage mourning recently murdered children. In the back, less than a dozen mostly white antifa protesters assembled to jeer them. pic.twitter.com/uuE9Sohhkm

Kamala Harris’ Makes Outrageous Claim About Middle America, While Joe Biden Forgets the Name of His Own HHS Secretary

On Friday, Joe Biden again forgot the name of one of his top cabinet members. This time HHS Secretary Xavier Becerra. (And it’s not the first time he’s botched Becerra’s name.)

The good news? He didn’t mistake him for his sister. And he didn’t do the creepy whisper thing.

On Friday, Harris was attacking new voter ID laws. And she introduced an utterly idiotic new reason to be against voter ID. She said that rural Americans don’t have the ability to photocopy their IDs to send in with mail-in ballots.  Harris told BET News

I don’t think that we should underestimate what that [compromise on voter ID laws] could mean. Because in some people’s mind, that means you’re going to have to Xerox or photocopy your ID to send it in to prove who you are. Well, there are a whole lot of people, especially people who live in rural communities, who don’t — there’s no Kinkos, there’s no OfficeMax near them.

Yup. Us rubes don’t got printers with copy functions, or smartphones we can use to photograph our IDs and send to a printer. We don’t got libraries in our communities, because we don’t read books. We don’t work in offices with copiers, or know anybody with a copier, since we’re all off the grid in militia training camps.

In Harris’ mind, blacks are too stupid to get an ID and whites in fly-over country are too primitive to find a way to copy their ID.

Oh, it gets worse for Kamala. Kinko’s hasn’t been around for 17 years! Kinko’s got bought out by FedEx in 2004 and is now FedEx Office.

Zaila is the first African-American to win the annual spelling bee. She also happens to be a budding basketball star. Get used to the name. You’ll be hearing it a lot in the future

One moment of note from the Spelling Bee. At one point toward the end, the competition was paused as officials reviewed an answer given by one of the contestants. Roy Seligman was told his spelling of “ambystoma” was correct, when in fact, he had clearly said “I” instead of “Y”. After a careful review of the tape, it was determined young Roy actually gotten the word wrong, and the boy was eliminated from the competition.

They have spelling bee VAR and this kid just got eliminated because of it pic.twitter.com/ahCzhi2Fjh

My question is this:  Why does the national spelling bee take more care to get it right than the national election?

Even a hospital stay couldn’t keep our Tom Gilson down. Just up Tom suggests turning any visits from Feds asking if you’ve taken the jab into opportunities to evangelize. “Why You Shouldn’t View House-to-House Vaccination Checks as a Civil Rights Intrusion.”

Last night he offered a review: “Stephen C. Meyer’s ‘Return of the God Hypothesis’ Brings Science and Faith Back Full Circle and Together Again”

And going up early this afternoon, Tom explains “Why the Enneagram Still Doesn’t Belong in Church.”