Plus Lt. Col. Scheller sprung from the brig and a wrap-up of news from COVID World 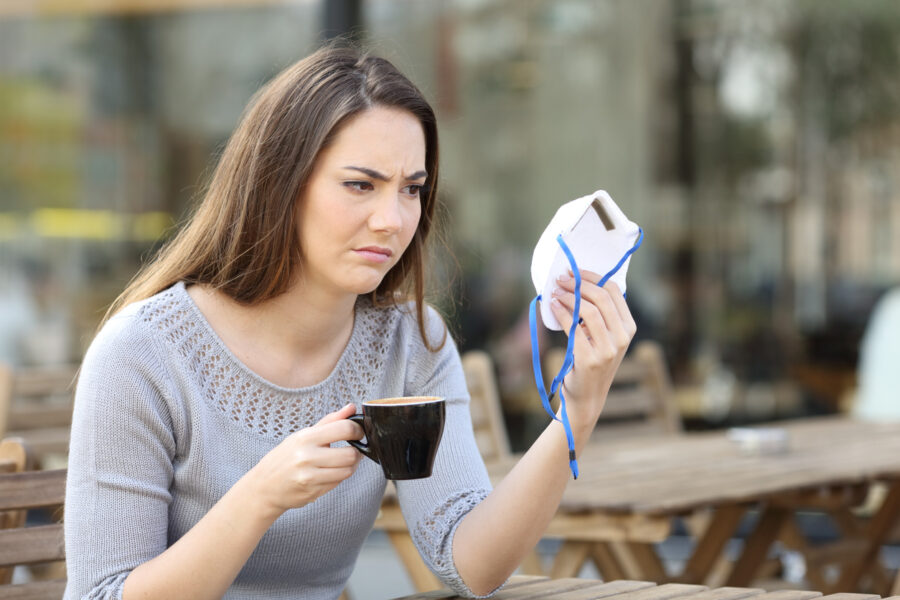 We should call today’s blend “Freedom.” But you’re going to have to fight for it.

The Biden Regime keeps finding new and creative ways to scratch rights out of the Constitution. Remember that little bit about having the right to petition the government? Sorry. Out the window, if you are a parent upset at public school boards pushing Critical Race Theory and mask mandates on kids.

Seems the National School Board Association didn’t like parents – who pay their salaries — showing up at public school board hearings — in buildings paid for by those parents — to protest their children being force fed Marxist, destructive, racist nonsense. So they asked the Attorney General to consider such protests “domestic terrorism.”

Merrick Garland could have told the organization, “Uh, you work for those people.” He could have cited the 1st Amendment. He could have even reminded the snowflake school boards there’s the local police if anyone really did something beyond hurting their feelings and exposing their fanatical indoctrination plans. Instead, Garland decided to weaponize the FBI. “Forget Brian Laundrie, some mom and dads don’t like their kids being taught to hate their own skin!”

On Monday, the DOJ announced “Attorney General Merrick B. Garland directed the FBI and U.S. Attorneys’ Offices to meet in the next 30 days with federal, state, Tribal, territorial and local law enforcement leaders to discuss strategies for addressing this disturbing trend. These sessions will open dedicated lines of communication for threat reporting, assessment and response by law enforcement.”

Don’t you love how “parents speaking up” is a “disturbing trend”? As Asra Nomani, vice president of investigations and strategy at Parents Defending Education, asked, “I am what a domestic terrorist looks like?”

Reaction to This Abuse of Power

Florida Gov. Ron DeSantis is already warning the Feds not to mess with parents in the Sunshine State. “Attorney General Garland is weaponizing the DOJ by using the FBI to pursue concerned parents and silence them through intimidation. Florida will defend the free speech rights of its citizens and will not allow federal agents to squelch dissent.”

I just asked the Biden DOJ to name one instance in American history when the FBI has been directed to go after parents attending school board meetings to express their views. There isn’t one. Biden’s latest offensive against parents is shocking, unprecedented and wrong https://t.co/dX4HOVBVuS

Sharyl Attkisson reminded her followers who was actually violating whose rights.

Matt Walsh wrapped up the fall of justice in a nice bow.

Leftist activists can come to your house with bullhorns. Film you in the bathroom. Loot your business. Burn police stations. The FBI does nothing.

But if conservative parents raise their voices at a school board meeting, they’re hunted down as terrorists.

The law is dead.

Actually, there is a solution. Put up and support and elect candidates to your school board who actually care what you have to think. And election leaders who don’t think dissent is domestic terrorism and terrorism is “mostly peaceful” protests.

And Speaking of Dissent Being Criminalized ….

Ignoring prosecutors who recommended no jail time, district court judge Tanya Chutkan sentenced Matthew Mazzocco of Texas to 45 days in prison for his role in the January 6 protests. What was Mazzocco’s crime? He walked into the Capitol and wandered around for 12 minutes, encouraging people not to commit any violence or harm anything. That’s according to the Feds!

But Chutkan wanted to make an example of Mazzacco. After all, she said, “Because the country is watching to see what the consequences are for something that has not ever happened in this country before.”

History: Pals of Obama and Clinton actually tried blowing up the Capitol. They weren’t there taking selfies.

Finally, a judge isn’t supposed to care if the country is watching. That’s why Lady Justice is blindfolded.

Judge Chutkan couldn’t treat Lady Justice worse if she were a Cuomo brother.

Lt. Col. Stuart Scheller, who went viral with a video demanding accountability from military leaders for the disaster in Afghanistan, has been released from the brig. The Marine was tossed into the clink for continuing to criticize military leadership despite a gag order. But his troubles aren’t over. He’s been released … pending a court martial.

According to DCNF, Scheller’s been charged with “contempt toward officials,” “willfully disobeying” a superior commissioned officer, “failure to obey order or regulation,” and “conduct unbecoming an officer.”

Last month, France got so mad at the United States for submarining a deal they had with Australia for submarines, they recalled their ambassador. John Kerry was on French TV trying to smooth things over, when he made a startling admission. Joe Biden had no idea, none, about what had gone on. Kerry says he had to explain it all to Biden.

Said Kerry, “He literally had not been aware of what had transpired.”

John Kerry admits in interview with French TV that Joe Biden had no idea about the fallout with the French from the AUKUS sub deal.

"He literally had not been aware of what had transpired" pic.twitter.com/EblvE05zKg

So the American President enraged our oldest ally — the nation that came to our help during the Revolutionary War — and didn’t have a clue how and why he did it.

As the Twitterverse is asking, “What else doesn’t he know?” If the press or American people were allowed to ask him, maybe we’d know.

A Trip to COVID World

The COVID World created by the media and public health officials should be renamed Strawberry Fields. “Nothing is real. COVID-19 forever … “

COVID Spreading as Early as May 2019?

When did the COVID crisis start? December 2019? Maybe with the first case happening in November? Possibly October? Well, new evidence shows something rotten in Wuhan in spring of 2019. A new report uncovered a surge of Chinese government orders for PCR tests in the Wuhan area as early as May of 2019 and throughout the summer. The study by Internet 2.0 also “identified significant and abnormal purchases of PCR equipment in Wuhan … from May until December of 2019.”

COVID-19 was first reported to the World Health Organization on December 31, 2019.

What did China know and when did Fauci know it?

Only days after further emails were released showing NIH funding of Chinese laboratories, Fauci’s boss, NIH director Francis Collins, announced he’s leaving the post by the end of the year. He’s been the head of NIH for 12 years. Collins plans on returning to the National Human Genome Research Institute.  In his statement, Collins didn’t mention the controversy over NIH’s funding of Chinese “gain-of-function” research.

Most recently, Collins ripped into those who are refusing to get the jab. John West covered that in the article “Francis Collins’ Rhetoric About the Unvaccinated is Anything But Christian.”

A sad story out of Hollywood. Hair and make-up artist Marc Pilcher, who just scored a well-deserved Emmy for his work on Bridgerton, has died of COVID. Pilcher, 53, was double-vaccinated and reportedly had no underlying conditions.

Only three weeks ago, he was at the Emmy Awards, surrounded by the maskless fabulous. According to his agency, he tested negative multiple times before flying to the U.S. from the UK. He became ill shortly after returning. Though that’s no guarantee Pilcher caught the virus at the Emmys or an after-party, the timing does give rise to some questions.

Our prayers to Pilcher’s family and friends and television family.

In its latest video scoop, Project Veritas has three Pfizer scientists admitting on tape that natural immunities are stronger than their vaccine if you’ve had COVID. One scientist added his belief that it’s a good idea to wait to have the jab until your natural immunities wear down.

“C’mon, Al, you can’t possibly think those scientists know more about this than the 20-somethings running Big Tech’s censorship operations.”

Finally, Telling News From the World of Television: SNL Season Opener Down 35%

Saturday Night Live isn’t so alive. SNL had its season opener last weekend, and the ratings tanked. Down a full 35% from last year. It’s not just that the once funny show is now Woke. And flat. And predictable.

It’s that they don’t have their biggest star of the past five years. One Donald J. Trump. Without Trump to focus on, they’ve got nothing. They’re Gilligan without the Island. The Sopranos without guns. Biden without a teleprompter. Even the stunt of singer Kacey Mulgraves performing naked didn’t help matters.

Joseph D’Hippolito returns with “The Unvaccinated Become the Untouchables.”

And we’ve got part two of John Zmirak’s sit-down with pal Eric Metaxas. Today’s video’s called “Is Atheism Really Dead? Or Is It Pining for the Fjords?”