The Military as a Mission Field: The Brown Family’s Story 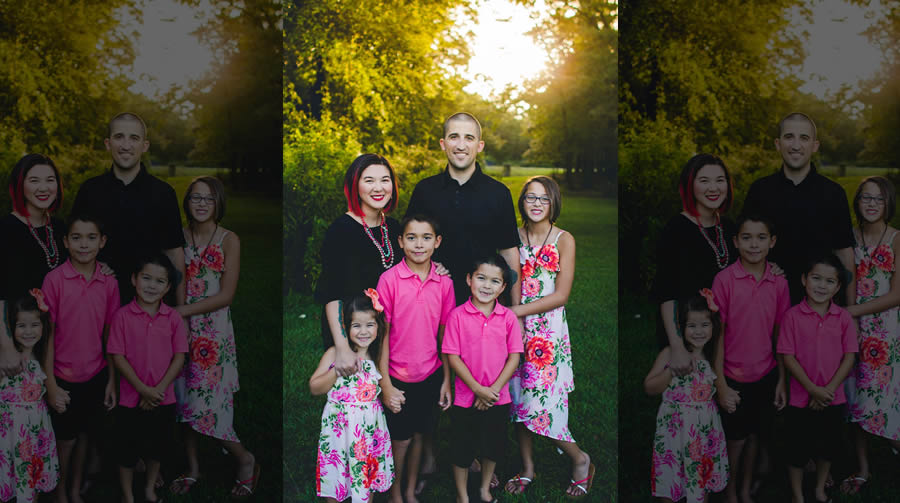 Like many military families, the Browns don’t stay long in one place. They move a lot. That disrupts family life, but that’s okay with Keith and Megan. Everywhere they’re relocated is an opportunity to share the Gospel with other military men and women.

The Browns are missionaries and the military is their mission field. They didn’t always see the military as a mission field, Keith told The Stream in an interview. It began when “we started going to church as a family. You know, raising our kids as Christians and trying to make a legacy of disciples who raise disciples.”

Keith just passed 15 years of active duty. He joined when he was a senior in high school. He’s now a Master Sergeant in the Air Force. Megan homeschools their four kids, teaches a women’s Bible study, attends college for a degree in theology, and travels around the country speaking.

Megan has been hosting Bible studies for years. She also hosts women’s seminars, marriage seminars, and other events. They even helped plant a church in Gulfport, Mississippi, where Megan was the Community Group Director. As for Keith, he’s behind the scenes. “I always run sound for her, I gather volunteers. She’s the personality and then the drive for people to come.”

Megan was the first one to recognize the military as a mission field. The idea first occurred to her during their time at Keesler AFB. “It was kind of an awakening moment,” she explains. The family had just begun attending a church that encouraged its members to understand the Bible and be engaged in reading it. Megan hadn’t heard the word “hermeneutics” until she began working with the pastor.

The pastor, Blake Henderson, has influenced to a great degree the way the Browns do missions. They realized that there was a huge need for a Bible study on base and, in 2014, Megan began hosting the study at her house for women military spouses.

“We’re trying to build community in the neighborhood,” Keith says. “We purposely live in base housing for that reason. We’re trying to make more of a Christian community inside of the military’s base housing.” It can be an isolated place, he says, especially since military members move often and find it difficult to make friends.

Helping Women Through a Bible Study

The Bible study is a multi-pronged, multi-faceted program. Megan strives to help women become Bible study leaders. The most serious mission, however, is working with women who are depressed or suicidal. In 2017, 123 military spouses took their own lives.

“The first facet is to stand in the gap and stop the bloodshed,” says Megan. That means Megan and Keith want to be the first point of contact — the safety net, so to speak — to catch the women when they are lost. Second, they want to “restore the women back into the body of Christ.”

Third, they want to see the women growing spiritually and serving in their local church. Fourth, the women will “step outside of the local church and … be a missionary.” The Bible study curriculum is the same for all of the women, whether they are leaders in training or they suffer from depression.

“The Bible itself will span age, socioeconomics background, race, life stage,” Megan says. “At our height we had 40 women in my living room and we had brand new military spouses that were 18 and we had seasoned commander spouses at 55. So, we didn’t use books like on mothering or friendship. We used books on books of the Bible.”

It’s different, though, outside of the Bible study. Some exhibit signs of leadership, have an “active and a breathing part of the ministry.”  They attend weekly meetings with Megan to discuss principles of the Bible and what that means for the way they live. They also learn about how to study the Bible well and how to live in biblical community.

For women who struggle with depression or suicidal thoughts, and women who are new Christians, Megan carves out time to spend with each one. “They need connection, fellowship, community [and] they need friendship. And so, we offer that to those women that are kind of at a new place by showing them this is a safe environment to explore the Lord without judgment, without fear and then we gently bring them into where they’re part of a church.”

“They have a lot of growing to do,” she says. “And it’s just our responsibility to serve as someone who waters that seed that’s been planted by the Lord.”

Challenges to Spreading the Word

It’s not all roses, however. Because the Browns move so often, they have to rebuild their credibility to local churches constantly. “[W]e have to keep recasting the vision, over and over and over and over for people to get it. And not all of the time do we have acceptance.” Sometimes the pastoral team likes the idea but has no money for funding.

And the military doesn’t have the funding available, either. Many times, access to military funds can be limited. “We’re not adequately resourced,” said Megan. “We are self-funded and self-paid. … [E]very time I would do a Bible study, I have to fork over the money for leader kits, for all the books, and because I am a book fiend I would have commentary.” Every time she starts a Bible study she pays between $500-$1000. She does that every 6 to 12 weeks.

Another challenge Megan faces is burnout. “We don’t have the ability as leaders sometimes to get that recharge that we need, so we’re running on fumes most of the time.”

For Megan, it’s worth it to see the women get baptized and grow in the Word. “I had the privilege of performing [a] baptism,” she explains. “If I don’t do anything else for the rest of my life but dunk women in the water and hang out in the pulpit every once in a while, I’m a happy girl.”

Others see the fruits. “I just think it’s very important that we, as a community and as a group of people as a whole, that we just reflect Christ in a way that is honoring to Him,” said Shandi, one of the Bible study attendees. “So, everything I do has to come back to Him.”

She explains: “Everything I think Megan does, she feels the same way, because I think that’s just her life goal, is to raise up this next generation of leaders, which is, in our own families and beyond, you know, create more women to be bold for the sake of Christ. I think that we’re going to see a generational impact, even in our next generation, which is our kids — that’s so vital.”