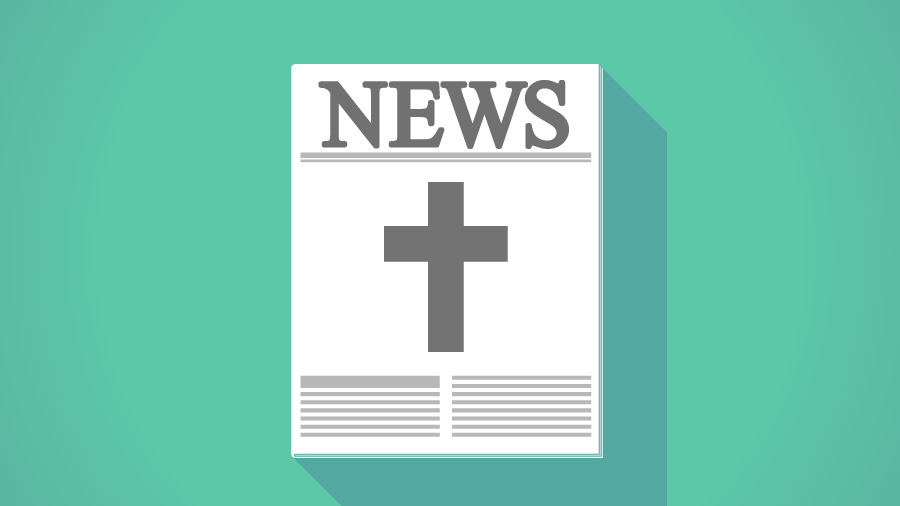 President Trump has made his conflict with the media very public, though he has his own version. It is not the first time elected officials have fought with the media.

We are bombarded with the vitriol of the fighting. Many of my friends have stopped listening to any of the news outlets. It seems that anger and frustration are stirred any time we stop long enough to listen to the spin. The media are either blamed or praised for moving society ideologically according to an agenda commonly held by its proponents. It is inevitably biased according to the ideology being promoted.

Objectivity is an ideal, but is not achievable by biased people. What is reported is interpreted by those doing the reporting. Those who agree with the bias are glad, while those who disagree claim “foul.” For some time now, the mainstream media has embraced an ideology far different than the one that held sway for centuries. Secularism has been exalted as the religion of the day. Some who are deeply disturbed by that direction are looking for an alternative media. There is one I suggest.

God gave the church to the world as his media. The followers of Christ were and are commissioned to proclaim news — good news. It is the news that gives a framework of interpreting all events in history. Understanding the story of creation, fall into sin, and redemption allows us to participate in earth’s story in a meaningful way.

The church has been silenced by its own cowardice. Refusing to address the issues that matter in current society, it has been thwarted by the religion of secularism.

The problem we currently face is that the church has dropped the ball in this area. When no alternative voice is heard, the secular voice rules supreme.

The Form Without Power

The church has been silenced by its own cowardice. Refusing to address the issues that matter in current society, while claiming success in numbers and buildings, it has been thwarted by the religion of secularism. To become relevant, it has adopted a message of human compassion without divine power. This form without power is embarrassed by the claim that all are broken and that the resurrection of Jesus Christ can transform anyone. And an increasing number of people are leaving it because of this hollow message.

Reduced to a marginal role in a society that features civil government as the power to respect and fear, the church — though still tolerated by some — is mocked by many.

Without competition in announcing news, the secular media are dominating the field. For a long time, movies and TV shows have depicted preachers as weird, judgmental, and irrelevant characters, while villains are heroes. The foibles of some TV preachers have added to the cynicism that makes mocking so easy. It is no wonder that recent surveys reflect a growing trend to disassociate with church-going.

But, beware! The true church is the body of Christ, and it is empowered by the same Spirit that raised Jesus from the dead.

Jesus put his reputation on the line when he declared that the gates of hell would not prevail against his church. Just as the demonic religion of the Jewish leaders and the tyrannical power of Roman government could not prevent Jesus from rising from the dead, neither can the intimidating forces of secularism keep down the true church, whose head is Jesus Christ the Lord.

God emphasizes the household of relationships rather than structures and rituals. He works through his children to bless all people.

God builds his church with his children, not programs and buildings. (Psalm 127) He works through human partners. He always has. Adam, Noah, Abraham, Moses, David and Jesus testify that God has linked his work on earth to humans who relate to him as Father. In his gracious salvation, he offers all a second chance at a healthy childhood. All who receive Jesus as God’s only solution to human alienation become children of God. (John 1:12-13)

God emphasizes the household of relationships rather than structures and rituals. He works through his children to bless all people. He gives them access to him and promises to hear their prayers. (John 14:13-14) Finally, everyone has a chance to enjoy a healthy family life where the inevitable wounds of natural family dysfunction are healed.

As the darkness of deception grows, the children are waking up, suiting up, and showing up. No longer afraid of being mocked, they are standing in the gates of the city, and proclaiming the radical good news that there is a way — not only to heaven, but to living a life of meaning now. They are finding that their unity is not in race, ritual, or rage, but in sharing the same life with the Father and the Son.

It has happened before in history when most thought the church had gone out of business. It had just gone underground, only to explode into life that honors the one who is the head.

It is our time. The media are ruling now, but the source of news — good news, is making his voice heard again. Listen, join the news service.