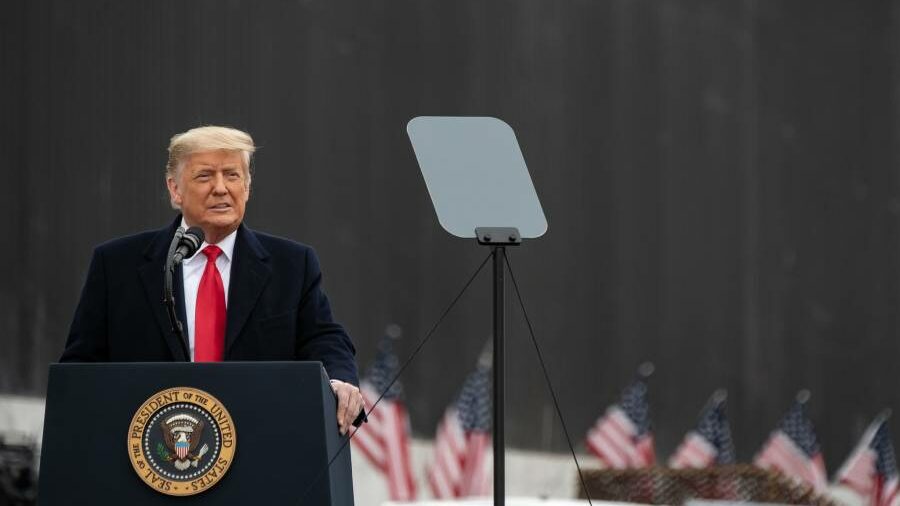 The First Law of Snake News: Any story involving Donald Trump that has the media hyperventilating will be proven false, usually within a day.

Unfortunately, this time it took a couple months.

Two months ago, the Washington Post ran a story quoting an anonymous source as saying then-president Trump demanded Georgia’s chief election investigator  “find the fraud” in the state. That he told Frances Watson she’d be a “national hero” if she did his bidding. The implication being that he was trying to force her to make up cases of fraud to overturn the election.

The Post and mainstream media went wall-to-wall apoplectic. That terrible Trump was trying to overturn the rightful election of Joe Biden!  House Democrats even used “Find the Fraud” in the second Trump impeachment.

One problem: It was a lie. It never happened.

Last week, the Wall Street Journal got a hold of the actual phone recording. Seems someone found a digital file of the call in the trash of Watson’s computer. (Hmmm. Why did she trash it in the first place?)

Nowhere on the call is Trump pressuring Watson to “find the fraud.” Instead, Trump is – with every good reason – urging Watson to look into Fulton County’s handling of the election, saying she’d find “dishonesty” there.

On March 11, the Washington Post quietly tacked a correction onto their original article:

Correction: Two months after publication of this story, the Georgia secretary of state released an audio recording of President Donald Trump’s December phone call with the state’s top elections investigator. The recording revealed that The Post misquoted Trump’s comments on the call, based on information provided by a source. Trump did not tell the investigator to “find the fraud” or say she would be “a national hero” if she did so. Instead, Trump urged the investigator to scrutinize ballots in Fulton County, Ga., asserting she would find “dishonesty” there. He also told her that she had “the most important job in the country right now.” A story about the recording can be found here. The headline and text of this story have been corrected to remove quotes misattributed to Trump.

Did I say quietly? I meant silently. The newspaper didn’t put this correction any place the average reader was going to find it. And if you’re looking for the Post to apologize for slurring Trump, don’t bother. In fact, they didn’t even bother changing the headline to their original article.

The other outlets that battered Trump with the “find the fraud” fraud have thus far not issued corrections, let alone apologies.  CNN did cover the re-discovery of the audio, but buried news of what Trump said at the bottom of the article. Of course, only after repeating that Trump’s allegations of election hanky-panky are false.

Trump Responds to the ‘Hoax’

The former president released a statement in response to the WaPo correction.

The Washington Post just issued a correction as to the contents of the incorrectly reported phone call I had with respect to voter fraud in the Great State of Georgia. While I appreciate The Washington Post’s correction, which immediately makes the Georgia Witch Hunt a non-story, the original story was a Hoax, right from the very beginning.

I would further appreciate a strong investigation into Fulton County, Georgia, and the Stacey Abrams political machine, which, I believe, would totally change the course of the presidential election in Georgia.

He also made the broader point that media errors and lies always go against Trump and the GOP.

You will notice that establishment media errors, omissions, mistakes, and outright lies always slant one way — against me and against Republicans. Meanwhile, stories that hurt Democrats or undermine their narratives are buried, ignored, or delayed until they can do the least harm — for example, after an election is over.

A strong democracy requires a fair and honest press. This latest media travesty underscores that legacy media outlets should be regarded as political entities — not journalistic enterprises. In any event, I thank The Washington Post for the correction.

Trump notes that a “strong investigation” is warranted in Fulton County. As Epoch Times recounts, the majority of complaints about fraud were lodged in that county. “In one notable case, video footage emerged of the State Farm Center, a site in the county where vote counting was being done for the 2020 presidential election. The footage showed that in late hours of Nov. 3 and early Nov. 4, election workers continued to wheel out boxes of ballots from under a table and count the ballots after observers and other workers had left the room.”

Fulton County is where the same people who sent observers and media packing also lied about a water main break forcing them to halt counting.

Fulton County is also where two poll workers who reported election irregularities were fired. This includes Susan Voyles. Voyles swears in her her affidavit and in public testimony before state lawmakers that she found a batch of “pristine” ballots that were all marked exactly the same. No customary folds or bent edges. Approximately 98% of that batch were for Joe Biden. Nobody gets 98%, unless your name is Saddam Hussein.

Fulton County is where elections director Richard Barron was fired in February for his handling of the general and senate run-off elections.

Fulton County is where a supposedly non-partisan election official Ralph Jones sent improperly-marked Democratic votes out to be cured. (Registration Chief Jones’ son worked on the campaign of now-Senator Raphael Warnock. Jones himself was a paid consultant of Democratic Mayor Keisha Lance Bottoms. Can anyone say conflict of interest?)

Fulton County is one of the places a DOJ researcher also found evidence President Trump’s absentee ballot vote was depressed. “In laymen’s terms,” wrote John Lott, “in precincts with alleged fraud, Trump’s proportion of absentee votes was depressed – even when such precincts had similar in-person Trump vote shares to their surrounding countries. The fact that the shift happens only in absentee ballots, and when a country line is crossed, is suspicious.”

And in Georgia, you could watch vote tallies switch from Trump to Biden in real time.

A Judge Says He May Unseal Fulton County Ballots

Perhaps we may soon see some answers. In hopeful news to those who still believe in election integrity, Georgia Superior Court judge Brian Amero said he is inclined to order absentee ballots in Fulton County unsealed so a government watchdog can investigate allegations of voting fraud in the November election.

If the ballots are unsealed they will be reviewed by experts hired by Garland Favorito, co-founder of Voter GA, a voting-integrity advocacy group.

Again, all Trump was ever asking for someone to take a serious look at the ballots and shenanigans in Fulton County. Because Georgia’s Secretary of State and his top investigator Frances Norman haven’t seemed all that serious about what went on in Fulton County and beyond.

Who Can Believe These People?

Lisa Sheld at American Greatness makes a wonderful point when it comes to the newly discovered audio of the Trump-Watson conversation behind the “find the fraud” lie.

Frances Watson “could have come out at any time to say that (the WaPo’s) source was wrong and Trump did not say the things the Post published,” she writes. “But she didn’t and instead the important audio conversation found its way into in the trash. If the conversation was important enough to record, why did it go missing only to be poorly deleted? How corrupt. Who can believe these people actually investigated election fraud in their state?”

So Trump didn’t say what the Washington Post and every other major source denounced him for saying. He didn’t tell Frances Watson to make up votes for him. He just asked her to do her job. The people who peddled the “find the fraud” lied. Who can trust them when they say there was no fraud in the election? Why on earth would anyone believe them?