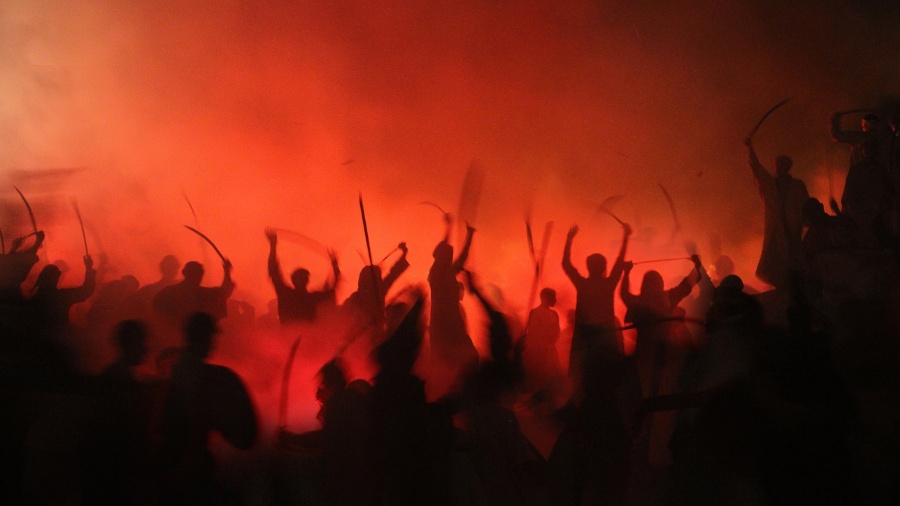 If you want to understand the hysteria from the American Left and its lackeys in the Democratic Party, go to the New Testament, turn to the Acts of the Apostles and read chapter 19.

As Paul the apostle was helping Christianity grow in Greece, a silversmith in Ephesus named Demetrius became alarmed. Demetrius was a craftsman who made small shrines featuring the Greek goddess Artemis. Ephesus, a prosperous port, also was the site of a major temple dedicated to Artemis. That temple was considered one of the seven wonders of the ancient world.

So Demetrius gathered his fellow silversmiths together and said:

You know, my friends, that we receive a good income from this business. And you see and hear how this fellow Paul has convinced and led astray large numbers of people here in Ephesus and in practically the whole province of Asia. He says that gods made by human hands are no gods at all. There is danger not only that our trade will lose its good name, but also that the temple of the great goddess Artemis will be discredited; and the goddess herself, who is worshiped throughout the province of Asia and the world, will be robbed of her divine majesty (Acts 19:25-27).

The silversmiths became enraged and began chanting, “Great is Artemis of the Ephesians!” They soon formed a mob and started a riot. The mob seized two of Paul’s companions and rushed toward the city’s amphitheater, which could hold more than 20,000 for judicial assemblies. Paul wanted to speak to the crowd but local Christians and provincial officials advised against it.

The passage continues: “The assembly was in confusion: Some were shouting one thing, some another. Most of the people did not even know why they were there. The Jews in the crowd pushed Alexander to the front, and they shouted instructions to him. He motioned for silence in order to make a defense before the people. But when they realized he was a Jew, they all shouted in unison for about two hours: ‘Great is Artemis of the Ephesians!'” (Acts 19:32-34).

The Jews, like the Christians, opposed worshipping idols. That explains the crowd’s reaction.

So what does this have to do with the Democrats and the Left?

Simple. The mob use the same techniques to discredit — if not destroy — any variation from their prevailing narrative.

Normally, comparing President Donald Trump to Paul would seem ridiculous. But in this instance, it fits. Just as Paul exposed Demetrius and his fellow silversmiths as pious frauds, Trump unmasks the Left and its fellow travelers in the Democratic Party as self-righteous hypocrites.

By constantly shouting these refrains, Trump’s opponents hope to fuel a furious mob. In some ways, they have succeeded.

Just ask Kentucky senator Mitch McConnell, the Senate’s majority leader. Angry protesters who wanted him dead gathered at his house Aug. 5. That incident was the third in 13 months in which McConnell faced enraged protesters away from the Senate.

Just ask anybody visiting Twitter, where engaging in frenzied rhetoric and issuing calls for violence against Trump and his supporters have become a national pastime.

Like Demetrius and his cohorts, the Left and its shills seek to protect themselves by intimidating opponents. They do so by discouraging careful thought and provoking immediate reaction. But where is all this fury ultimately leading?

Where are the Moderating Influences?

A new film depicts a disturbing possibility. The Hunt portrays a clique of wealthy, urbane Americans who travel to rural areas to hunt “deplorables.”

“Nothing better than going out to the Manor and slaughtering a dozen deplorables,” one character says.

Remember that term? Hillary Clinton used it as she repeated her bigoted stereotypes of Trump’s supporters.

The script for “The Hunt” features the red-state characters wearing trucker hats and cowboy shirts, with one bragging about owning seven guns because it’s his constitutional right. The blue-state characters — some equally adept with firearms — explain that they picked their targets because they expressed anti-choice positions or used the N-word on Twitter. “War is war,” says one character after shoving a stiletto heel through the eye of a denim-clad hillbilly.

If you think the kind of situation The Hunt portrays couldn’t happen here, ask yourself how a cultured nation called Germany perpetrated one of history’s worst genocides.

A Voice of Reason

So what can Americans do against the harsh and hostile tide? Let’s return to the scene in Ephesus. The city’s leading official stepped in to defuse the situation:

Fellow Ephesians, doesn’t all the world know that the city of Ephesus is the guardian of the temple of the great Artemis and of her image, which fell from heaven? Therefore, since these facts are undeniable, you ought to calm down and not do anything rash. You have brought these men here, though they have neither robbed temples nor blasphemed our goddess. If, then, Demetrius and his fellow craftsmen have a grievance against anybody, the courts are open and there are proconsuls. They can press charges. If there is anything further you want to bring up, it must be settled in a legal assembly. As it is, we are in danger of being charged with rioting because of what happened today. In that case, we would not be able to account for this commotion, since there is no reason for it (Acts 19:35-41).

Roman authorities could charge anyone inciting a riot with sedition, which warranted the death penalty. They also had the power to strip Ephesus of its ability to govern itself. Here, the official brought reason and moderation to the situation.

In today’s charged political climate, every American has the responsibility to encourage and practice moderation and reason, on both the national and personal stages. If a pagan official recognized that responsibility nearly 2,000 years ago, how much more should Christians embrace it today?